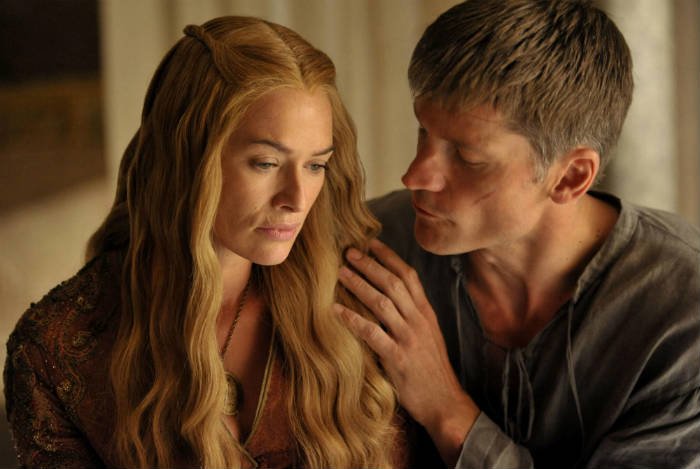 There aren’t too many good examples to follow on a show like Game of Thrones. Everyone is constantly betraying and being betrayed, not to mention being greedy, lustful, aggressive, or painfully helpless. Believe it or not, Tyrion’s quotes aren’t the only source of inspiration you can gain from the hit TV-show. Despite all the shocking moments and bad behavior, we can still learn a thing or two about morals and leadership from watching the popular television show.

1. Marriage is Politics, Screw Who You Want

In real life and in Game of Thrones, marriage is a formality. Some people get married for love, but most do it to ensure their status or form alliances between families. If there’s one thing Game of Thrones teaches us, it’s that you shouldn’t let marriage or status keep you from the person you really want.

Tyrion loved Shae even though she was a prostitute, Cersei loved Jaime even though he was her brother, Dany and Jon hooked up despite the Stark/Targaryen relations, and Loras loved Olyvar despite that being gay was seen as a sin. What you do with your body is up to you. Just try not to be a dick about it. We have a thing called “divorce” in this world for a reason. Also, incest is pretty gross.

2. Live Life to the Fullest

Game of Thrones is constantly reminding us of the fragility of life. Any second, any character can die from any number of causes, most often murder. After every episode, take a moment to thank the seven-faced god that you don’t live in such a brutal and hopeless world. Take advantage of every day where you aren’t ingesting poison or being decapitated.

Remember, while it may seem like everyone around you is an abusive usurper, there is always someone innocent if you look hard enough. Or, take comfort in knowing that those usurpers are just as likely to die as you are.

3. Be a Strong & Powerful Woman

Think about it, there isn’t a single female character in Game of Thrones who’s completely powerless. Cersei may be an insecure b**ch but that doesn’t make her weak. Committing the most evil acts comes fairly easy to her. From watching her brother die to freeing hundreds of slaves, Daenerys Targaryen is also one heck of a strong female character to look up to in Game of Thrones.

Let’s not forget other notably strong ladies in the series like Sansa Stark who has endured the likes of Joffrey AND Ramsay but still remained courageous; Arya Stark who knows how to use a sword to her advantage and Brienne of Tarth who brutally battled The Hound.

Game of Thrones is here to inspire all females to be strong and powerful in a sexist world. Got an abusive brother? Watch him burn. Hate your daughter-in-law? Lock her away in a cell. Need some encouragement, ladies? Live life with Arya’s determination and Sansa’s strength and you’ll be just fine.

4. Be Careful Who You Invite To Your Wedding

Not for better, absolutely for worse and definitely until death do us part! Wedding ceremonies in Game of Thrones bring nothing but doom and gloom. There may be wine, flowers and fancy outfits but ultimately, the event is almost always wrecked by death, death and more death. No one can ever forget The Red Wedding and its dismal and horrific ending or The Purple Wedding, which made many happy but as usual, finished with a shocking murder.

As long as you don’t piss anyone off in life, your wedding could indeed be all rainbows and butterflies. But get on the wrong side of someone and your wedding is bound to end in bloodshed, according to Game of Thrones. Just make sure you go through your wedding guest list several times before you send those invitations out!

There are several moments in Game of Thrones history that proved this lesson. Jon Snow’s death was the most significant – he was killed by his own Brothers of the Night’s Watch, after all. Jon never expected to be stabbed in the back (and front) by his own sworn brothers, ones that he has fought to protect all these years. Jon had cared and forgiven his steward Olly, even after he’d murdered his lover, Ygritte seasons before. Yet, still, in what is of the most shocking and memorable GoT scenes, Olly lured him to his death and gave him the final blow.

Life lesson? Don’t just trust anyone, folks. Even the kindest and closest of people will betray you, perhaps kill you, too.

None of us are invincible, guys. Game of Thrones’ infamous motto – “All men must die” unfortunately teaches us that. Nobody is safe, even if you are the King or a High Sparrow – ultimately, you are going to die. So just live life to the full and stop worrying about the nitty gritty details like power status or reputation. We’re all headed toward this fate anyway.

7. Keep Your Friends Close but Your Enemies Closer

Betrayal is one of the show’s main themes but it also rings true with real life. There have been several characters from Tyrion Lannister to Stannis Baratheon who have befriended their enemies for personal gain. It’s wise to know your enemy’s strengths, weaknesses and plans so that you can use this knowledge to your advantage later. If you know someone who poses a threat to you, keep a close eye on their actions – even if it is your own flesh and blood (AKA Shireen).

Just don’t take this life lesson from Game of Thrones too literal – in other words, don’t kill anyone.

Tyrion may be an “imp”, Jon Snow may be a “bastard”, and Bran Stark may be a “cripple”, but that surely didn’t stop them from having great power and influence. If you find yourself doubting your abilities or often teased for your imperfections, just think of these great characters from GoT.

If Bran can be king, heck so can you. By accepting your flaws, you can do the unimaginable. I mean, who would’ve thought an “imp” would later be hand to the king, right? The man said it himself, “Once you’ve accepted your flaws, no one can use them against you.”

Relationships like Cersei and Jaime’s and Daenerys and Jon’s teach us that love isn’t always the answer. When you know that someone is unhealthy for you or you’re in a relationship with someone who isn’t good for you, it’s time to let go – no matter how much you love them.

Jaime walked away from Cersei when he realized evil was consuming her (although he stupidly returned), and Jon killed Dany once seeing her true colors. This is a great lesson to be learned. Just leave murder out of this, okay?! Stick to your morals and do the right thing by simply cutting ties with this toxic person.

Life is all about making friends and socializing with your loved ones. If Game of Thrones was the way to go about it, then we’d say, choose your circle wisely. Make sure the friends and confiders you have are trustworthy, offer smart advice, and push you forward. That’s what Daenerys did. With the help of folks like Jorah, Jon, Missandei and Varys, she was able to rise to power (okay, not in the best of ways, but still, her besties motivated her).

11. Don’t be Greedy or Full of Yourself

As pissed off as we were, if there’s one thing we’ve learned from Bran Stark’s ending, it’s that leaders shouldn’t be cocky or greedy. While we loved Daenerys’ self-confidence, at some point it got pretty annoying. There wasn’t an episode that went by where she wasn’t bragging about her right to the throne (which wasn’t even meant to be hers, anyway!!).

Cersei was too damn greedy, Stannis too ruthless, Joffrey too sadistic, and Ramsay was just plain and simple deranged. If you want a lesson in leadership and how to succeed – follow Bran – be calm, quiet, wise, and patient. It will come to you in the end.

Despite it being a ‘fantasy tale’, Game of Thrones can teach us important lessons about life in the real world. In fact, it comes as no surprise that many of its characters and plot-lines are actually based on real-life historical figures.

What best lessons have you learned from watching the show? Let us know in the comments below…