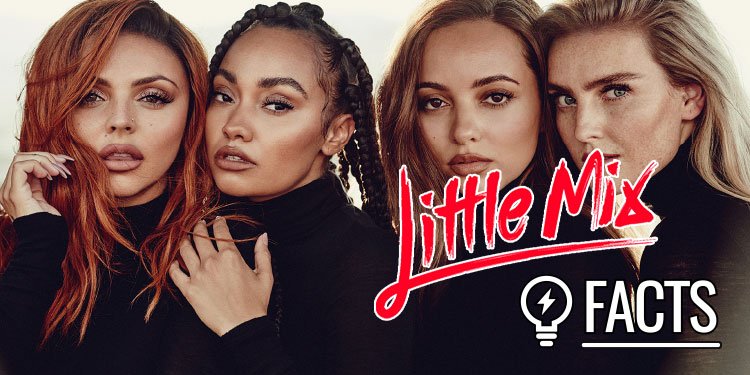 Little Mix rose to fame in 2011 and went on to become the world’s hottest girl band. They combine cool with chic and keep us all entertained with their killer vocals, sexy dance-moves and bubbly personalities.

We all know they’ve had their fair share of heartbreaks from Perrie’s broken engagement to Zayn and Jesy’s horrendous split from fiance, Jake Roche, but other than boys, there’s a lot more than meets the eye with these trendy gals!

1. They Were the First Girlband to Win The X Factor

The powerful foursome were the first group to ever win The X Factor under the wing of their mentor, Tulisa Contostavlos. Their cool mash-ups and energetic dance moves inspired the British public who voted the girls as the 2011 winners. It’s safe to say, Little Mix have made history!

2. Jade Was Accused of Drug Abuse

The little pocket rocket was suspected of using drugs after she posted a weird video of herself for all of her Instagram fans to see. In the short clip, Jade was seen pulling funny faces while acting out, writing “when the jet lag gets to you’. It didn’t help when Jade captioned the video “I need help”, leading many to take it too seriously. Obviously, the rumors were plain old speculation and eventually, everyone realized that Jade was just messing around.

It’s true! Perrie Edwards has never been able to smell a thing, not even the sweet smell of freshly baked cookies! Her condition is called congenital anosmia and it has affected her since birth, so she’s never known any better. On the funnier side of things, apparently Perrie has the worst-smelling farts. On this, Jesy once said “The worst bit is when Perrie does it and doesn’t know how bad it is!” Perrie’s condition might just be a blessing in disguise…

4. A Spice Girl Criticized Them

Little Mix have constantly been compared to one of the biggest girlbands of our generation – The Spice Girls. Many have argued against this including one of the band’s very own members, Melanie C. Following Little Mix’s super-hot X Factor performance in 2016, Melanie C criticized the band’s outfits calling them “too provocative”. 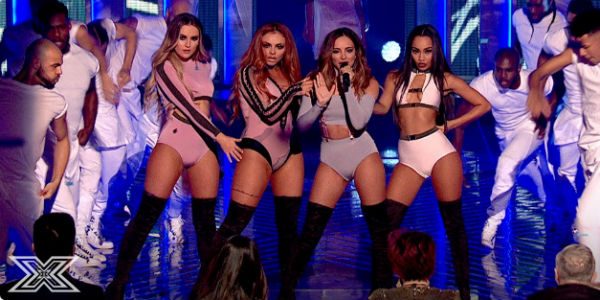 Indeed, Jade had previously auditioned for The X Factor but failed to get through the twice before. Despite failing to get through to live shows in 2008 and 2010, Jade persisted on pursuing her dreams in 2011 and it paid off! It just goes to show that if you truly believe in something, you can achieve it.

6. Jesy and Jade Were Bullied for Years

You wouldn’t think it now, but throughout their childhood, Jesy and Jade were victims of bullying. As a matter of fact, Jesy even changed schools five times because of it. “I got picked on because I’ve always liked to dress different, I’ve never really wanted to fit in with everyone else”, she revealed in the group’s biography. It didn’t help when she later faced criticism and backlash on The X Factor, being trolled as the “fat” or “weird” one of the band.

Jade on the other hand, revealed that she was picked on for the color of her skin – “This particular girl used to corner me in the toilets, shout things like ‘P***’ and throw bleach powder at me.” The girls didn’t let the haters get to them though, instead, they used it as ammunition to better themselves and embrace who they are as a person. 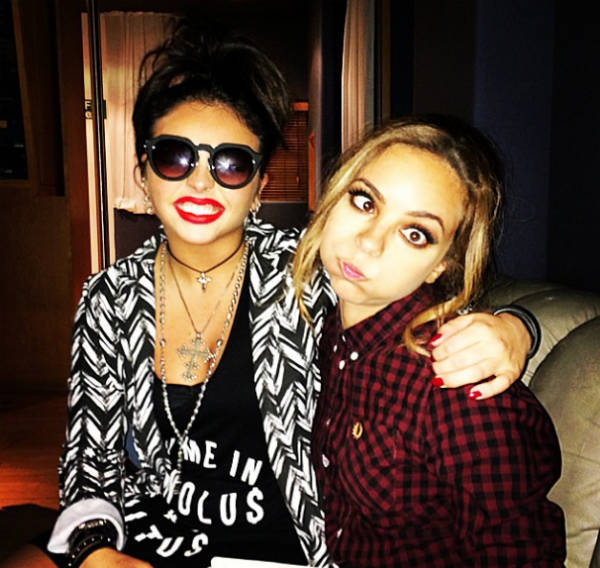 Although the former 1D member denies it, Perrie confirmed that the popstar ended their two-year engagement and four-year relationship via text. So heartless! In their biography, Our World, Perrie said that it was the worst time of her life. We feel for you, Perrie! Despite this heartbreak, Perrie is now dating Arsenal football player, Alex Oxlade-Chamberlain and boy, do they make a hot couple. Your loss, Zayn! 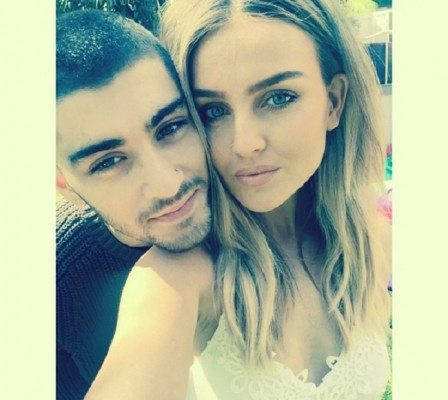 This one might come as a shocker, but in her younger days, the little bombshell suffered from anorexia. The illness was triggered by a death in the family, bullying and trouble at home. Jade was even hospitalized for it and attended therapy sessions to get through it. Today, though, Jade has overcome her battles and is healthier and happier than ever. 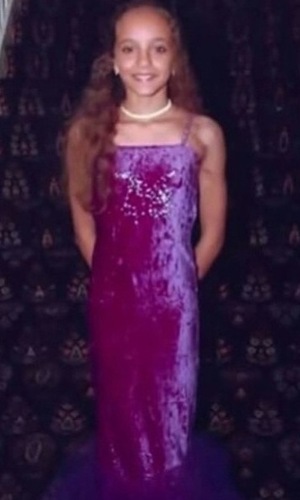 We might now know them as Little Mix, but the LM5 girls were actually called Rhythmix when they were put together as a group by The X Factor judges. They shortly discovered that there was already a children’s charity with the same name and so they changed it to “Little Mix”. 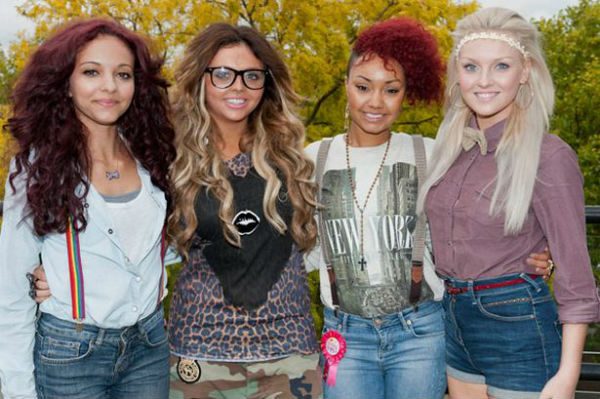 10. They Each Have a Symbol that Represents Them

You may not know this, folks but Little Mix have a super cool logo that says more than just “Little Mix”. It includes a symbol that represents each of the members, giving you an insight into the girls’ personalities – a boombox for Jesy, because of talent in beat-boxing, a bow-tie for Jade, because, well, she loves bow-ties, a flower for Perrie because of her boho style and a baseball cap for Leigh-Anne due to her sporty side. 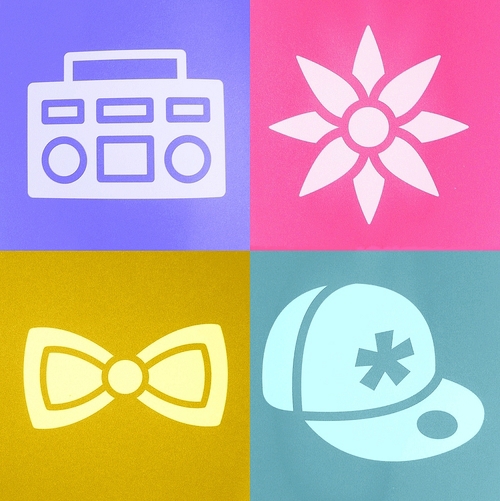 The multi-talented ladies designed a range of children’s clothing for Primark in 2012. The line included sizes for 7 – 13-year-olds and had a range of accessories, playful t-shirts, leggings and pretty dresses. Sadly, their design duties ended after one season. 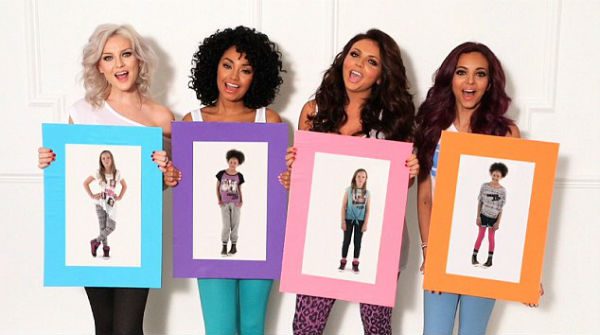 It makes sense that another girlband would have a major influence on the group’s career, and that is none other than TLC, famously known for the their song, No Scrubs. Mariah Carey, The Spice Girls and Jessie J are also included on their idol list. In fact, you could easily say that Little Mix are a combination of all four artists!

These girls haven’t been shy of a collaboration or two, having recently released a song titled Woman Like Me with the queen of rap, Nicki Minaj. In the past, they’ve worked with the likes of Missy Elliot, Jason Derulo and Jess Glynne. Who’s next on their list?

Little Mix really are powerful role models for fans all over the world. After Jade’s and Jesy’s personal experiences, it makes sense that the girls chose to team up with an anti-bullying campaign called BeatBullying. The band have also worked with Together for Short Lives, Children in Need and Sport Relief. Despite this, the Glory Days girls also continue to empower young girls and put out strong messages to their fans through their music. 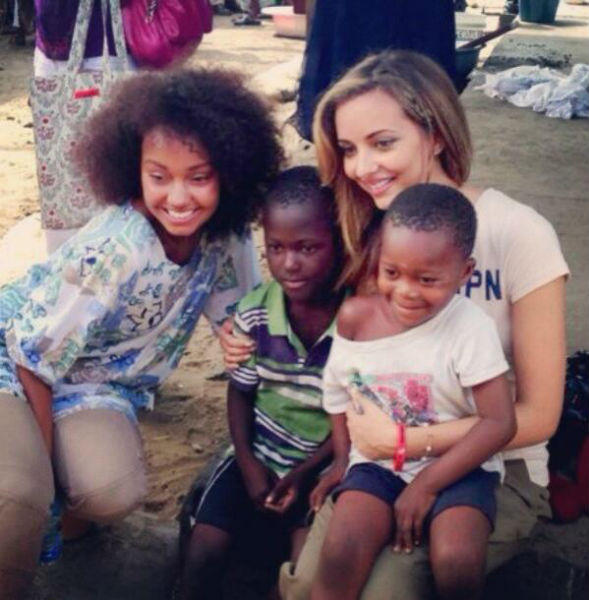 The girls’ talents extend far beyond singing and performing. In fact, amongst designing clothes and perfumes, the band have also published two autobiographies called Ready to Fly which talks about their rise to fame and Our World that uncovers intimate details of the girls lives! 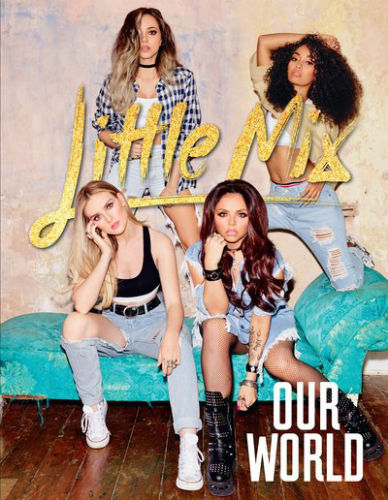 16. They have Strange Eating Habits

You might be as gob-smacked as I am, but apparently, Perrie eats 9 packets of crisps a day! She never revealed how she stays so slim though. I guess all of those dance-moves play a role. Jesy on the other hand, literally detests sandwiches. She says that they are slimy and disgusting and wouldn’t go near one. Not even a piping hot Subway. I guess that means that there’s more for us! 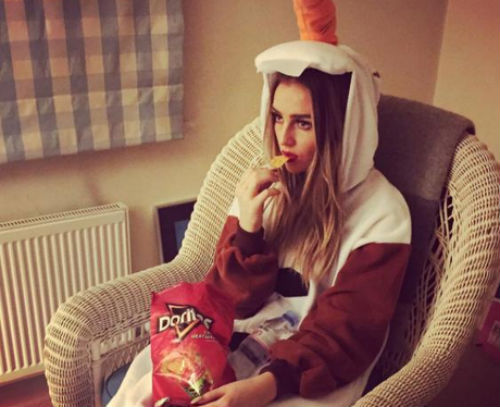 Like many other teenage girls, Jesy Nelson suffered from alopecia as a youngster. The star revealed that her drastic hair loss was due to the constant bullying she faced at school for being “overweight” and “different”. As she’s got older, she’s learnt to ignore negative comments and focus on her happiness. You go, girl!

Here’s some funny, yet cringey Little Mix trivia! When Perrie posted a snap of her dad, it sent the social media world into a frenzy. After revealing what a hottie he truly is, Mr Edwards has gained his very own fan club! We can definitely see where she gets her good looks from. 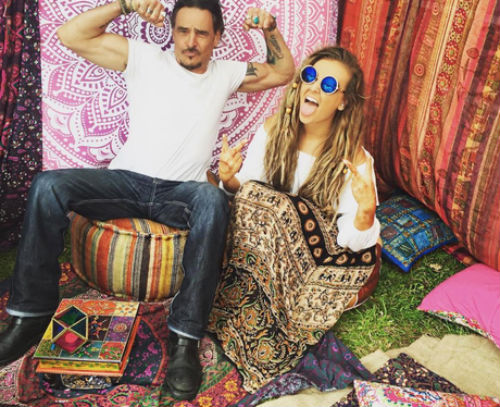 19. They Each Have Their Own Fashion Doll

After their rise to fame, Little Mix had their own fashion dolls made just in time for Christmas in 2012. Unlike the traditional Barbie dolls, the girls were made to have realistic body sizes and different heights, resembling the real-life Little Mix members. 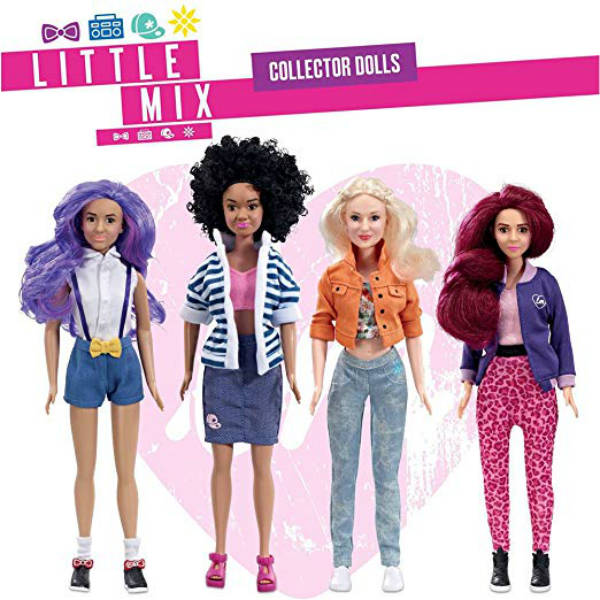 20. Jade Auditioned to Be Jasmine

Jade is a massive fan of Disney films, so much so, that she auditioned to be a Jasmine at Disney Land but sadly didn’t get the job; which is quite lucky for us, because there would be no Little Mix if Jade was twirling around in princess dresses all day. 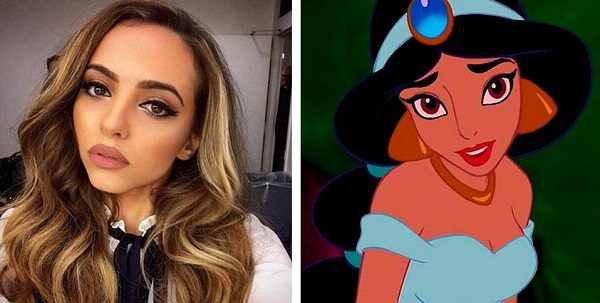 These cool chicks have gained a massive following over the years and it’s not hard to see why. They support each other on and off stage, and are great role models for women all over the world. Let us know which fact about Little Mix interested you the most in the comment section below…