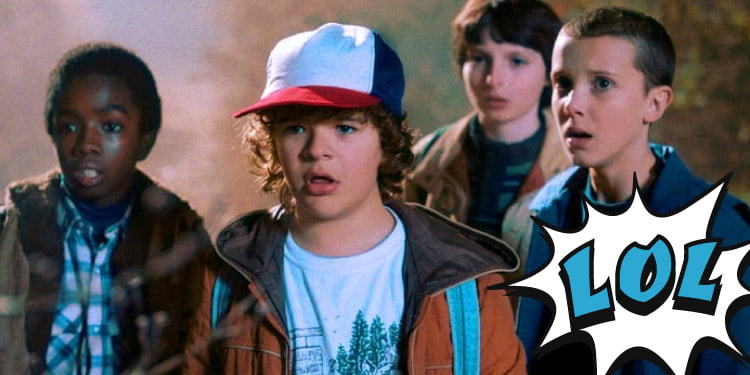 We get it. You’ve binged through all three seasons of the awesome original Netflix series; you’re so obsessed with the show, you’ve probably bought a Stranger Things t-shirt and now you’re faced with months of waiting until the next season. Upset? We bet! No worries, though – we’ve got a bunch of memes and funny jokes that will turn that frown upside down (get it?).

Need to get over Barb and Bob’s deaths? Feel traumatized by that awful Demogorgon? Take a look at these Stranger Things memes and jokes…

1. You’ll have to do a double take to realize this isn’t a still from E.T! 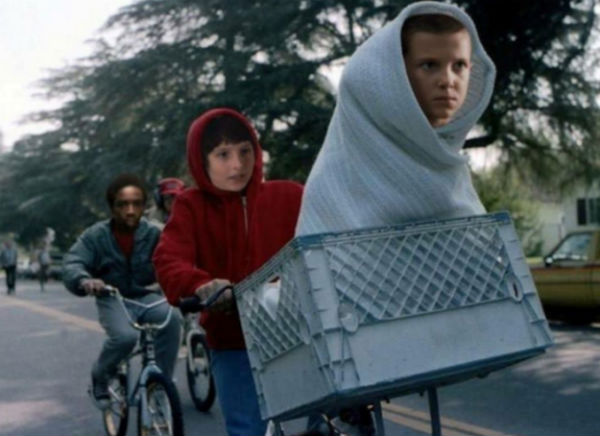 2. If Britney Spears was cast as Eleven… 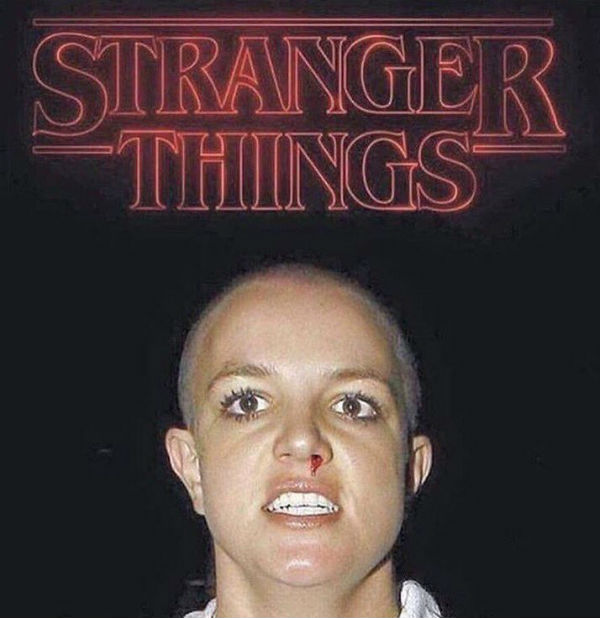 3. Steve could have been a bigger jerk but to everyone’s surprise, he wasn’t! 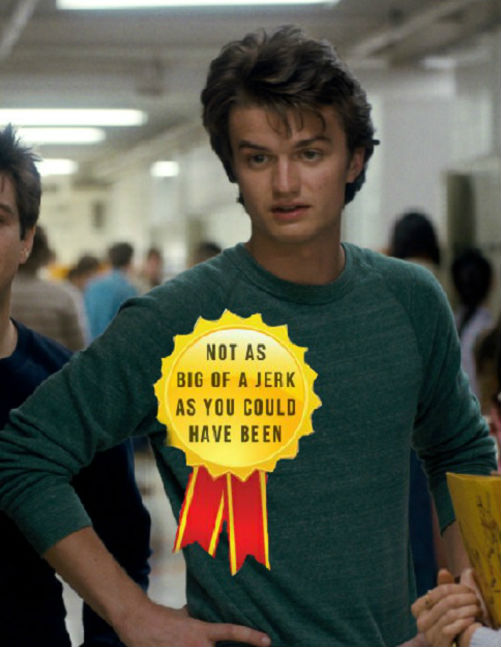 4. Who wore it better? Barb or Ms Doubfire? 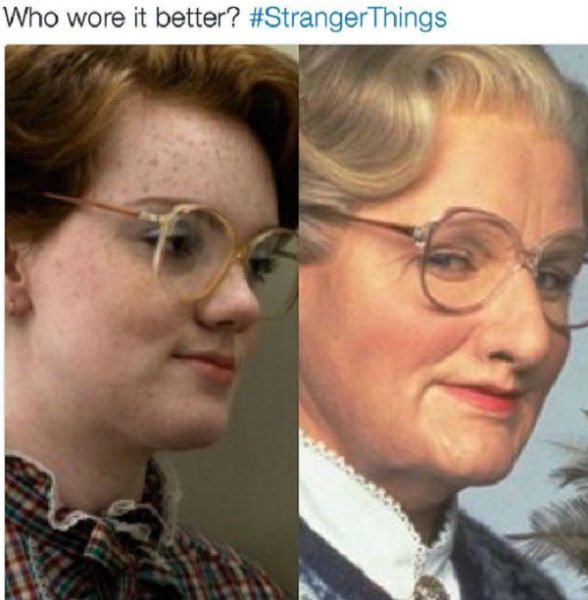 5. OMG, how much do Will and Fabienne from Pulp Fiction look alike?! 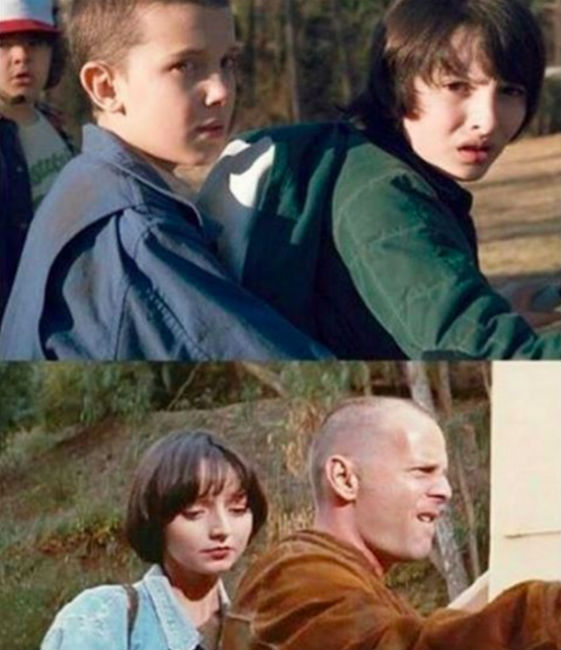 6. The Fresh Prince of Hawkins! 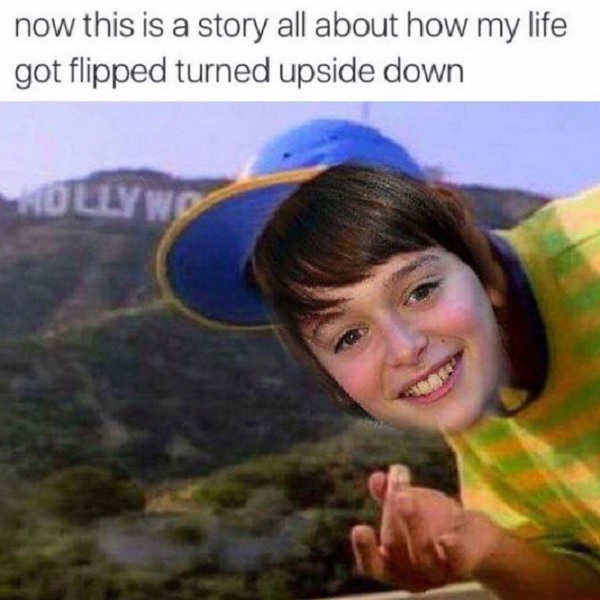 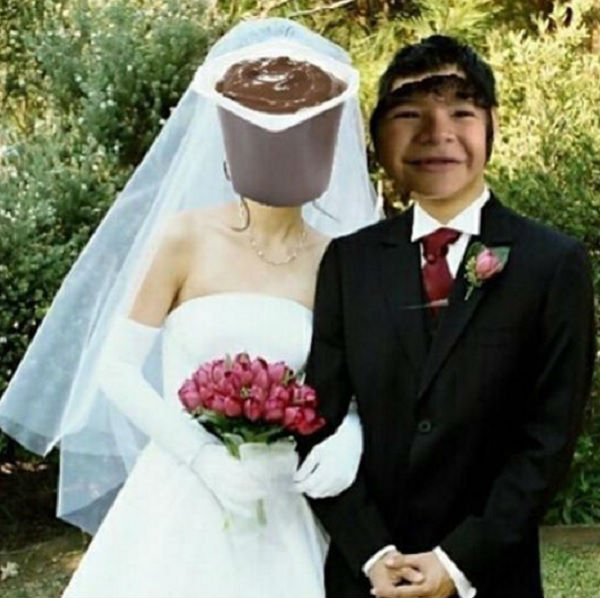 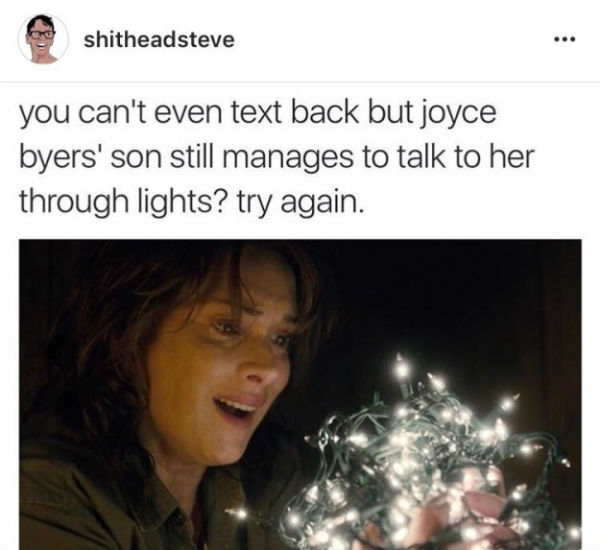 9. This Eleven GIF basically describes me…

10. Stranger Things has even become an Arthur meme! 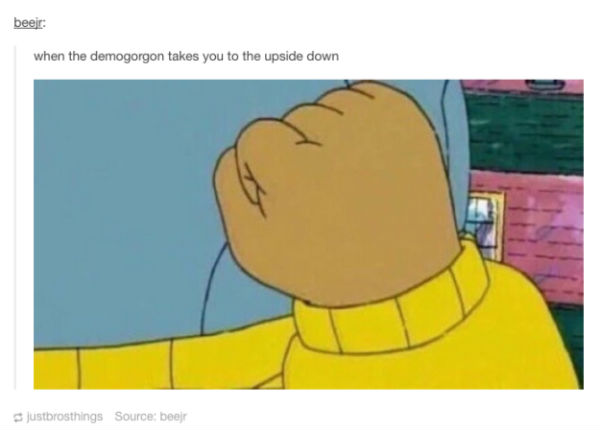 11. If Barb was missing in real life… 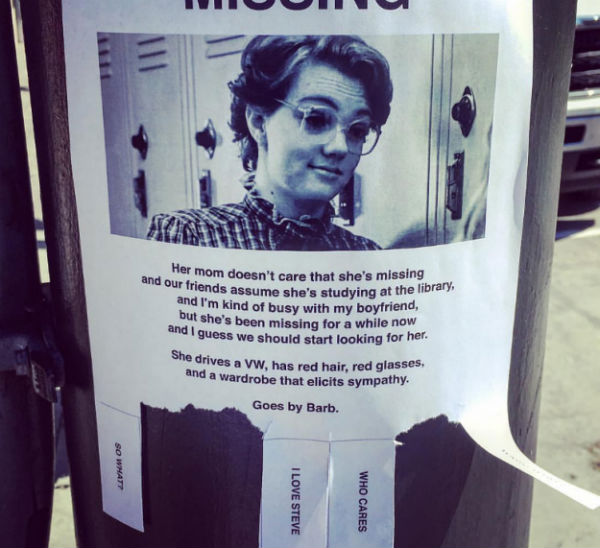 12. When somebody tells you they couldn’t get into Stranger Things… 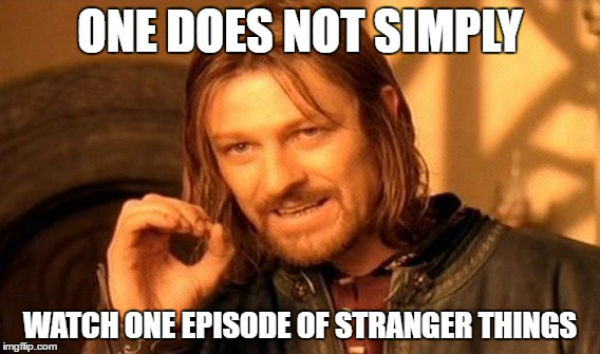 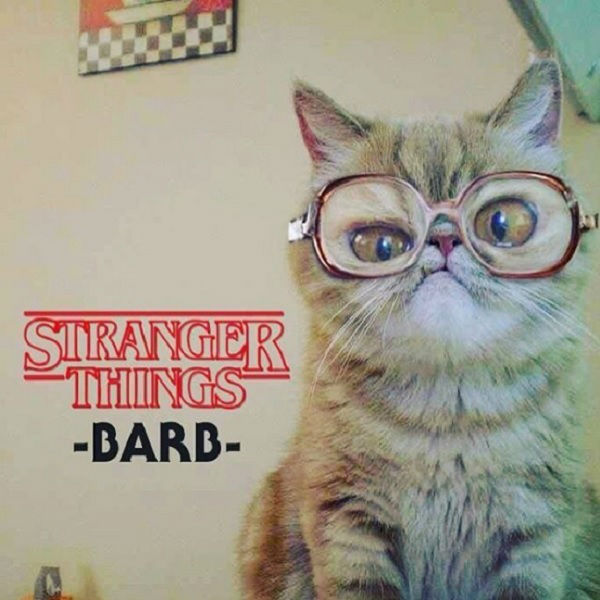 14. Could Eleven, Negasonic and Furiosa be the same person in different universes? 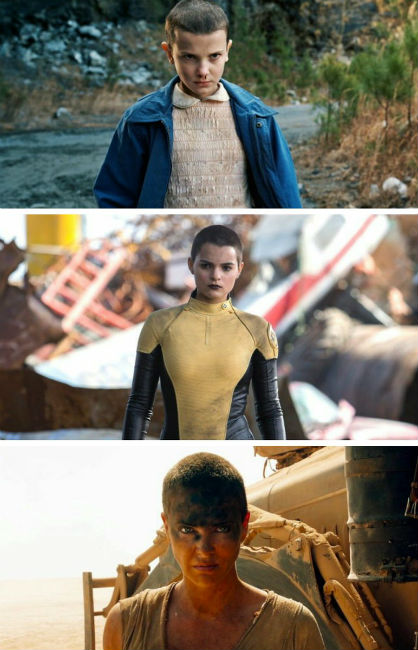 15. The resemblance is uncanny! 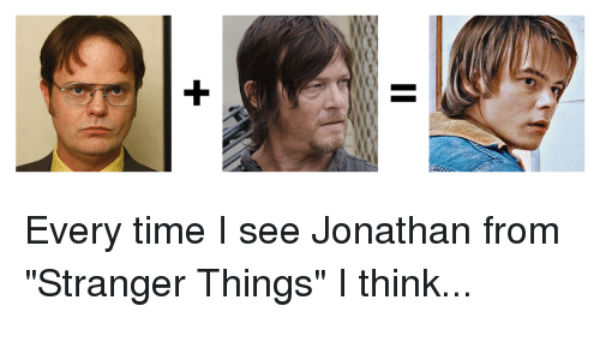 Who’s your favorite character from the show? Check out our ranking of the BEST Stranger Things characters and tell us if you agree! 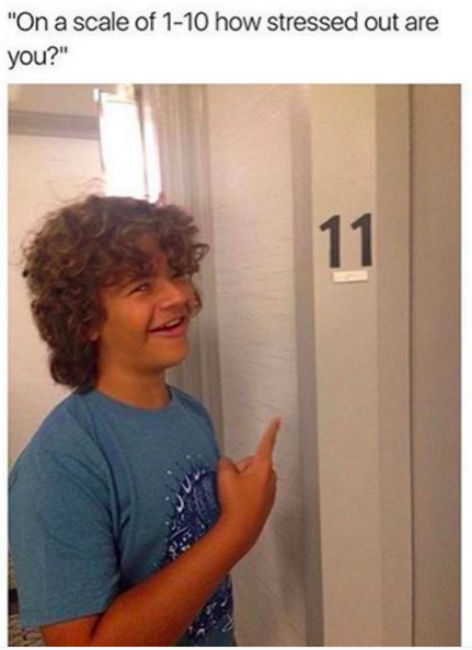 17. In case you need to do a disappearing act… 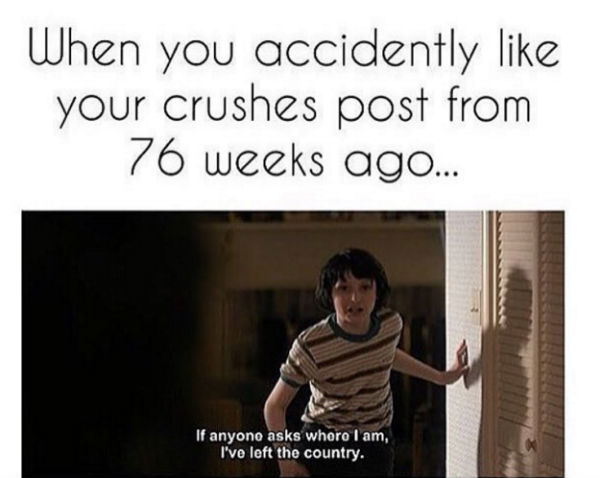 18. Did anyone else realize Eleven had a cameo in The Simpsons? 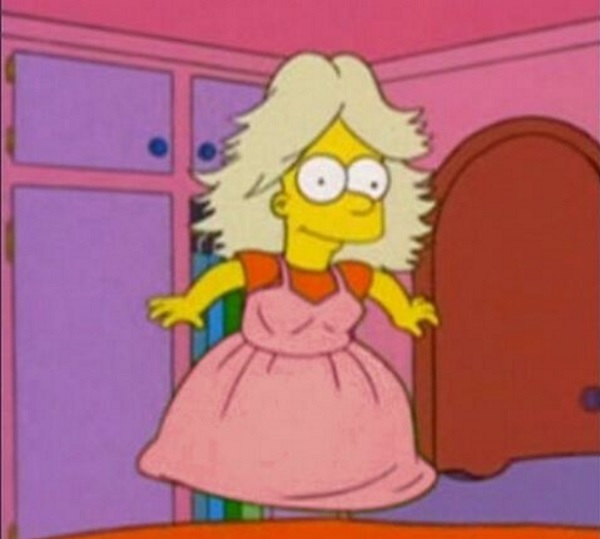 19. When you realize that Steve and Jean-Ralphio from Parks And Rec are the same guy…maybe… 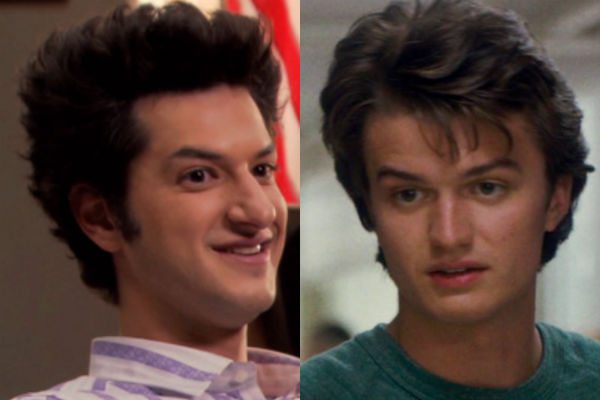 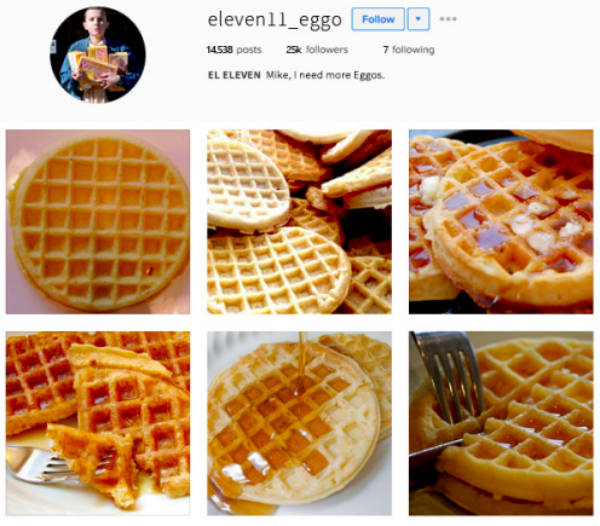 21. Who’d have thought talking to Christmas lights would make an ever-lasting mark on TV? 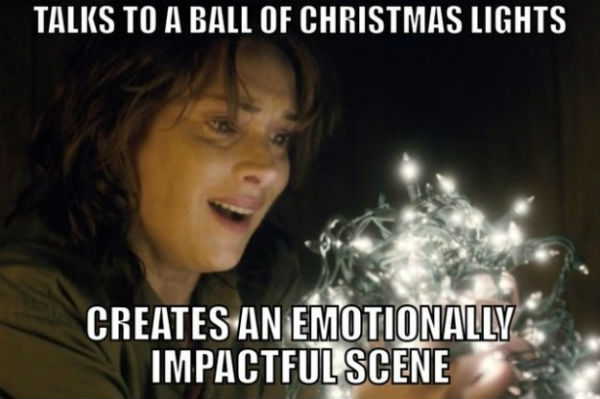 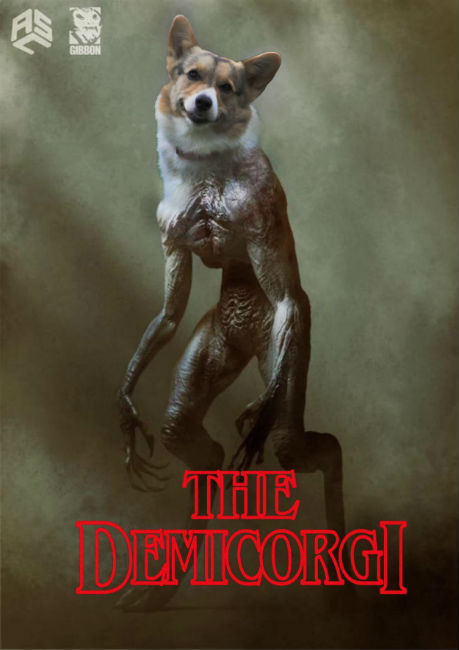 23. If Stranger Things took place in this era… 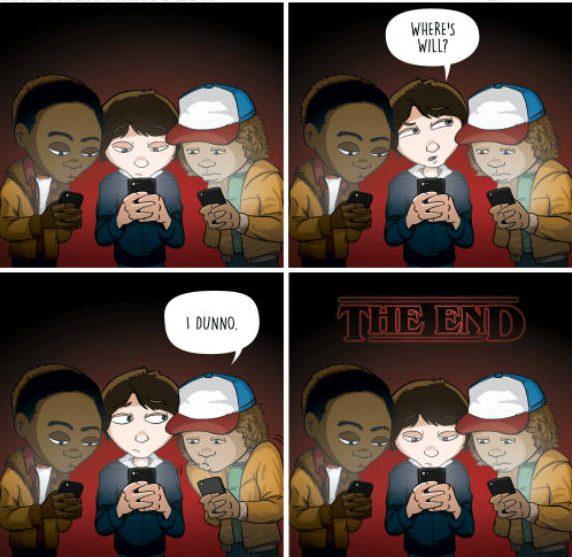 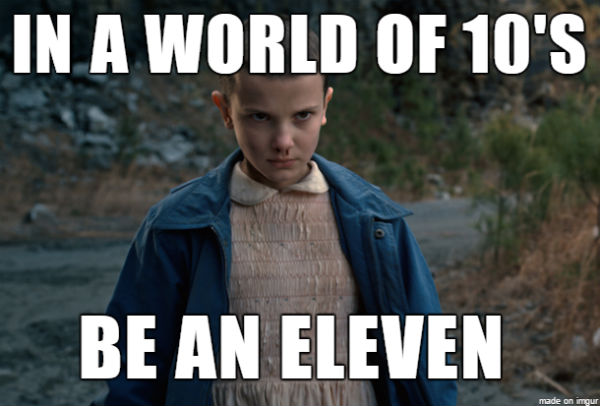 25. This meme pretty much explains everything that happened in season 3… 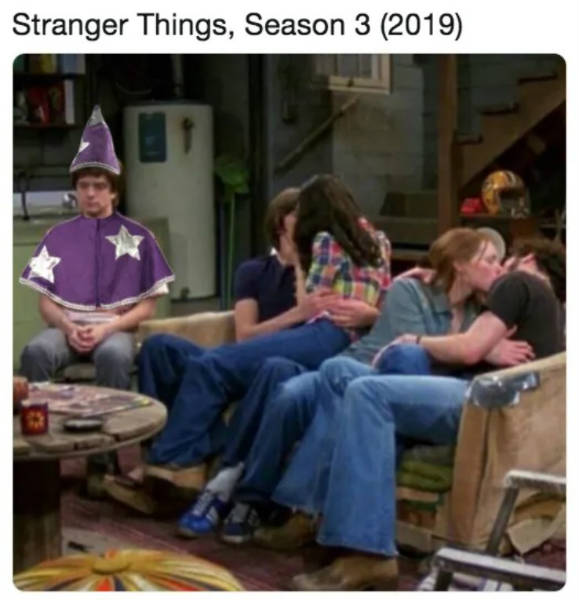 26. Joyce Byers had other responsibilities in the latest season… 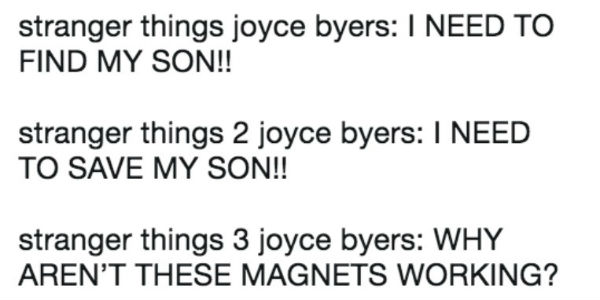 27. Will was lonely this past season. Has he forgotten he lived in the Upside Down for a whole month?! 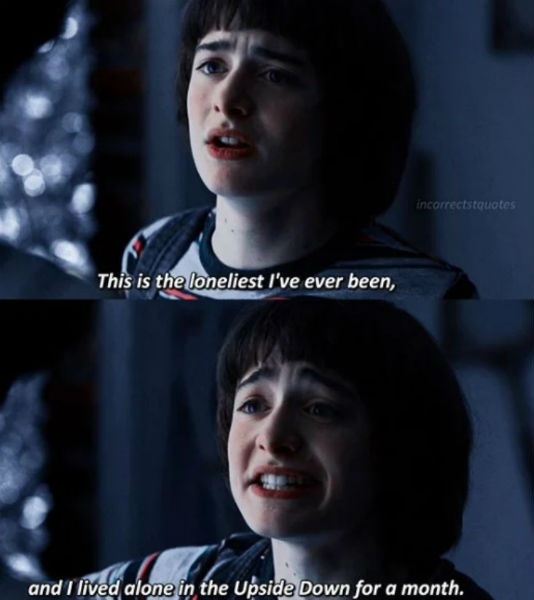 28. We think Steve got the wrong impression, even after Robin’s confession… 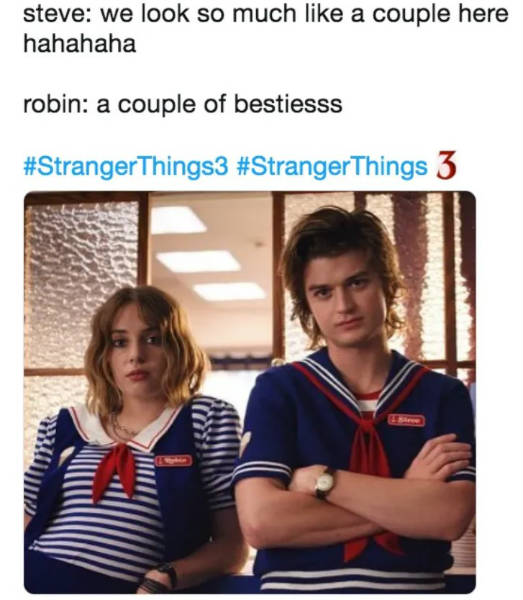 29. This is pretty much us every time a magnet falls off our fridge… 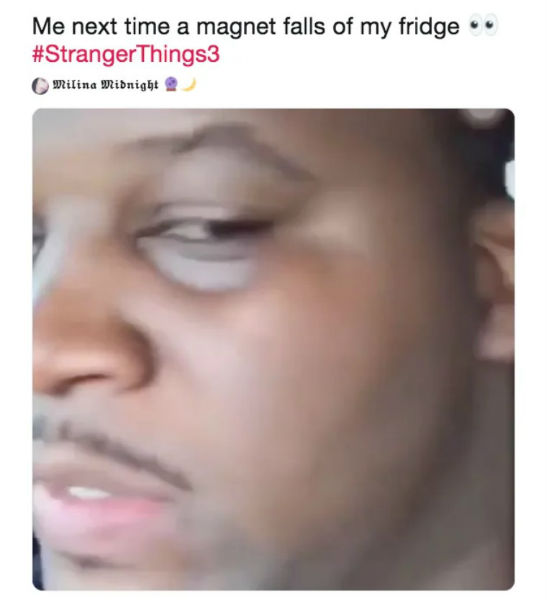 We knew you’d crack a smile! Here’s to hoping these jokes and Stranger Things memes will keep you laughing until next season… 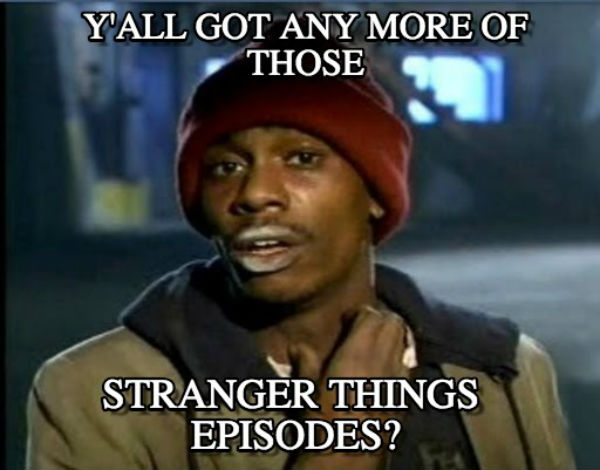 Want more from the upside down? Check out our list of the best and funniest Stranger Things quotes! We’ve got sayings by Eleven, Dusin and others in there!