No Country for Old Men
Next Video 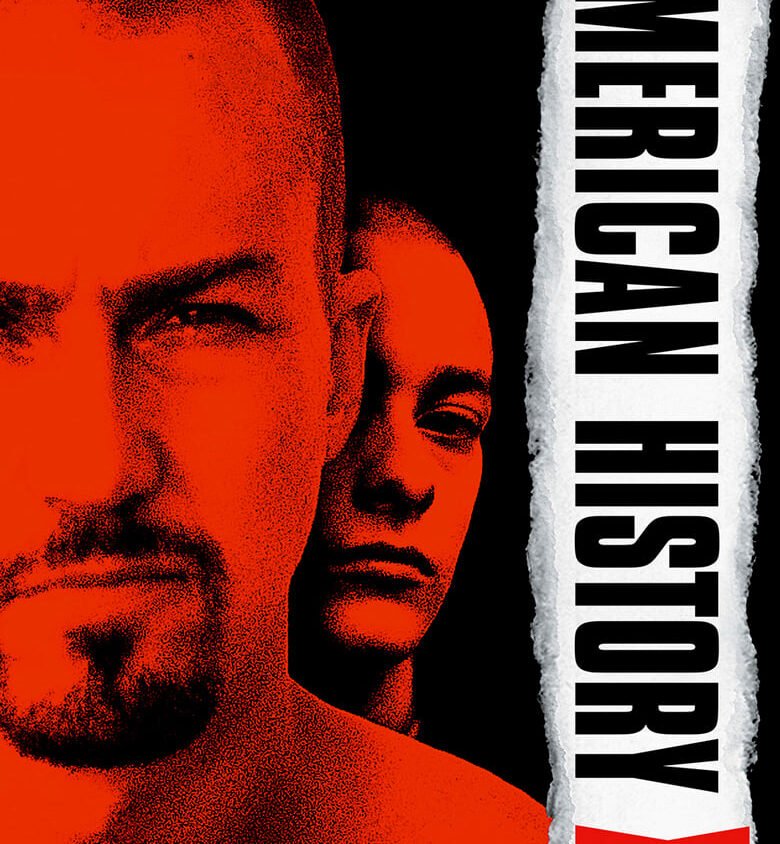 Taglines: See reality in your eyes when hate makes you blind.

A former neo-nazi skinhead tries to prevent his younger brother from going down the same wrong path that he did.

Derek and Danny Vinyard support the neo-Nazi movement. Brothers despise black people. The eldest – Derek is a member of the brutal gang “Disciples of Christ”, known among the representatives of the criminal world. He beats African-Americans, considering them to be social outcasts. Two men die, for this crime the Nazi goes to jail. In a correctional facility, a criminal will be able to understand what he was doing wrong.
Younger brother – Danny sees Derek’s ideas and wants to continue his business. He is in high school and, one day, his essay disturbs teachers, written based on a book by Adolf Hitler. The director looks at what Danny has written and realizes that his brother greatly influences the teenager’s worldview. The wise director invites Danny to his office and asks him to write a new essay. This time the teenager should devote his story to Derek. To comprehend his behavior and provide an essay by the next day, otherwise Danny will be expelled.
An unusual task makes the younger Vinyard think about real life. Many events happened in the past that left a mark on the souls of the brothers. Their father was killed by an African American and, perhaps, this was the reason for the birth of hatred in the soul of Derek for black people of the country.

High school student Danny Vinyard antagonizes his Jewish history teacher Murray by choosing to write a civil rights essay on Mein Kampf. African-American principal and outreach worker Dr. Bob Sweeney tells Danny that he will study history through current events or be expelled, calling their class American History X. Danny’s first assignment is a paper on his older brother Derek, a past student of Sweeney’s and former neo-Nazi leader released from prison that day. In the school bathroom, Danny finds three African-American students bullying a white student; he disrespects the leader by blowing cigarette smoke in his face. Meanwhile, Dr. Sweeney meets with police officers being briefed on Derek’s release.

Years earlier, Danny and Derek’s father, a firefighter, was shot and killed by African-American drug dealers while putting out a fire at their home. In the immediate aftermath of his death, Derek erupts in a racist tirade in a televised interview. High-profile racist Cameron Alexander becomes Derek’s mentor and they form their own violent white supremacist gang called the Disciples of Christ (D.O.C.) in Venice Beach. A skilled basketball player, Derek is dragged into a game against several Crips, winning control of the local courts. Derek organizes an attack on a supermarket employing illegal Mexican immigrants.

Derek’s mother Doris invites Murray, her boyfriend, for dinner where an argument about Rodney King and the 1992 Los Angeles riots occurs. Derek assaults his sister Davina, and Doris tells Derek to leave home. That night, the same group of Crips that Derek had beaten in the basketball game earlier attempt to steal his truck. Derek shoots and kills one of them and curb stomps another. He is sentenced to three years in the California Institution for Men for voluntary manslaughter.

In prison, Derek joins the Aryan Brotherhood. He befriends another inmate called Lamont. Derek becomes disillusioned by prison gang politics; he believes in the ideology, but disapproves of his gang’s dealings with non-white gangs. Turning his back on them, he is beaten and raped in the shower by the Aryan Brotherhood. Derek is visited in the hospital wing by Sweeney, with whom he pleads for help to get out of prison. Sweeney warns that Danny has become involved with the D.O.C. Derek ignores the Aryan Brotherhood, and Lamont warns that he may be targeted by African-American gangs. An attack never comes, and Derek spends the remainder of his sentence alone.

Returning home, Derek finds Danny emulating him, sporting a D.O.C. tattoo and a skinhead. Derek tries to persuade him to leave the gang, but Danny feels betrayed. Derek’s best friend Seth, also a D.O.C. member, frequently disrespects Derek’s mother and sister, while grooming Danny for the gang; Seth and Danny are closely controlled by Cameron. At a neo-Nazi party, Derek confronts Cameron for his manipulative behavior. Cameron, Derek’s former girlfriend Stacey, and the others turn on Derek, who assaults Cameron for insisting Danny will remain under his influence. Seth holds Derek at gunpoint, but Derek disarms him and flees.

Afterwards, Derek tells Danny about his experience in prison, which seems to prompt a change in Danny. The pair return home and remove hateful posters from their shared bedroom. The next morning, Danny completes his paper, reflecting on his reasons for adopting white supremacist values, and their flaws. He says that although Derek’s racist views may seem to have arisen from anger over his father’s death, Danny believes that his brother’s views came much earlier; he remembers one instance when his father went on a rant against affirmative action and referred to Dr. Sweeney’s teachings as “nigger bullshit”, and his death misdirected Derek’s anger into racism.

Derek walks Danny to school, stopping at a diner for breakfast. Sweeney and a police officer inform Derek that Seth and Cameron are in an intensive care unit. Derek denies having any knowledge or involvement and reluctantly agrees to inspect the people he denounced. At school, Danny is shot dead by an African-American student from the previous day’s incident. Derek runs to the school and cradles Danny’s body, blaming himself for influencing Danny’s views. In a voiceover, Danny reads the final lines of his paper for Dr. Sweeney, quoting the final stanza of Abraham Lincoln’s first inaugural address.