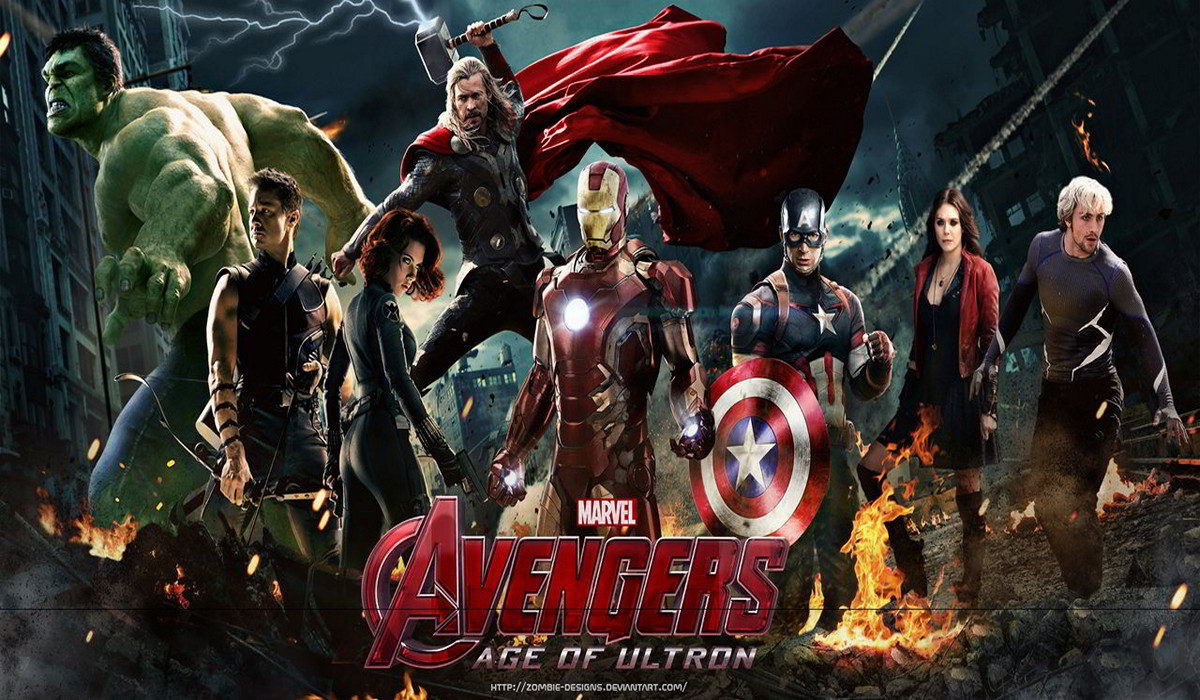 Humanity is on the verge of destruction. This time, people are threatened by Altron’s artificial intelligence, previously created in order to protect the Earth from any threats. However, he considered humanity to be the main threat.

International Organization S.H.I.E.L.D. unable to cope with such a powerful enemy, and therefore they again turn for help to the Greatest Heroes of the Earth Avengers. However, Ultron is too strong, and there is a high probability that even they will not be able to stop the beginning of the approaching Age of Ultron, where there is no place for people.

When Tony Stark and Bruce Banner try to jump-start a dormant peacekeeping program called Ultron, things go horribly wrong and it’s up to Earth’s mightiest heroes to stop the villainous Ultron from enacting his terrible plan.


In the Eastern European country of Sokovia, the Avengers—Tony Stark, Steve Rogers, Thor, Bruce Banner, Natasha Romanoff, and Clint Barton—raid a Hydra facility commanded by Baron Wolfgang von Strucker, who has been experimenting on humans using the scepter previously wielded by Loki. They encounter two of Strucker’s test subjects—twins Pietro, who has superhuman speed, and Wanda Maximoff, who has telepathic and telekinetic abilities—and apprehend Strucker, while Stark retrieves Loki’s scepter.

Stark and Banner discover an artificial intelligence within the scepter’s gem, and secretly decide to use it to complete Stark’s “Ultron” global defense program. The unexpectedly sentient Ultron, believing he must eradicate humanity to save Earth, eliminates Stark’s A.I. J.A.R.V.I.S. and attacks the Avengers at their headquarters. Escaping with the scepter, Ultron uses the resources in Strucker’s Sokovia base to upgrade his rudimentary body and build an army of robot drones. Having killed Strucker, he recruits the Maximoffs, who hold Stark responsible for their parents’ deaths by his company’s weapons, and goes to the base of arms dealer Ulysses Klaue in Johannesburg to obtain Wakandan vibranium. The Avengers attack Ultron and the Maximoffs, but Wanda subdues them with haunting visions, causing Banner to turn into the Hulk and rampage until Stark stops him with his anti-Hulk armor.

A worldwide backlash over the resulting destruction, and the fears Wanda’s hallucinations incited, send the team into hiding at a safe house. Thor departs to consult with Dr. Erik Selvig on the apocalyptic future he saw in his hallucination, while Nick Fury arrives and encourages the team to form a plan to stop Ultron. In Seoul, Ultron uses Loki’s scepter to enslave the team’s friend Dr. Helen Cho. They use her synthetic-tissue technology, vibranium, and the scepter’s gem to craft a new body. As Ultron uploads himself into the body, Wanda is able to read his mind; discovering his plan for human extinction, the Maximoffs turn against Ultron. Rogers, Romanoff, and Barton find Ultron and retrieve the synthetic body, but Ultron captures Romanoff.

The Avengers fight amongst themselves when Stark and Banner secretly upload J.A.R.V.I.S.—who is still operational after hiding from Ultron inside the Internet—into the synthetic body. Thor returns to help activate the body, explaining based on his vision that the gem on its brow is the Mind Stone, one of the six Infinity Stones, the most powerful objects in existence. This “Vision” and the Maximoffs accompany the Avengers to Sokovia, where Ultron has used the remaining vibranium to build a machine to lift a large part of the capital city skyward, intending to crash it into the ground to cause global extinction. Banner rescues Romanoff, who awakens the Hulk for the battle. The Avengers fight Ultron’s army while Fury arrives in a Helicarrier with Maria Hill, James Rhodes, and S.H.I.E.L.D. agents to evacuate civilians. Pietro dies when he shields Barton from gunfire, and a vengeful Wanda abandons her post to destroy Ultron’s primary body, which allows one of his drones to activate the machine. The city plummets, but Stark and Thor overload the machine and shatter the landmass. In the aftermath, the Hulk, unwilling to endanger Romanoff by being with her, departs in a Quinjet, while Vision confronts and seemingly destroys Ultron’s last remaining body.

Later, with the Avengers having established a new base run by Fury, Hill, Cho, and Selvig, Thor returns to Asgard to learn more about the forces he suspects have manipulated recent events. As Stark leaves and Barton retires, Rogers and Romanoff prepare to train new Avengers: Rhodes, Vision, Sam Wilson, and Wanda.

In a mid-credits scene, Thanos, dissatisfied by the failures of his pawns, dons a gauntlet and vows to retrieve the Infinity Stones himself.