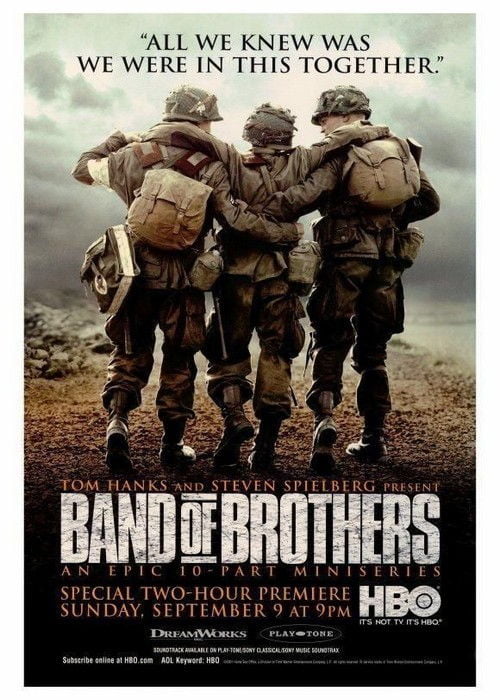 Winters writes a report on the challenge of an unexpected resistance to a German attack, and is haunted by his conscience after shooting a teenage German SS soldier. This flashback occurs several times in later episodes. Operation Pegasus is depicted. Easy Company is called to Bastogne at the start of the Battle of the Bulge. At the end of the episode, Captain Winters now effectively commands the whole battalion.

Winters writes a report on the challenge of an unexpected resistance to a German attack, and is haunted by his conscience after shooting a teenage German SS soldier.

Captain Winters leads Easy Company in an attack on what they thought was a machine gun nest but turns out to 2 Companies of German SS who also have artillery support. The attack is successful in that they virtually wipe out the enemy but they do suffer many casualties. He soon finds himself promoted as the 2nd Battalion’s Executive Officer and while he has concern about leaving Easy Company, he knows they are in good hands with Lt. Moose Heyliger. In the aftermath of the disastrous Operation Market Garden, Easy Company is assigned to assist a large group of British paras who are trapped behind enemy lines. Later, with Christmas approaching, the men suddenly find all passes canceled and they are quickly moved to Bastogne to help defend the city from the German offensive. The company is now led by Lt. Norman Dike, for whom the men have little respect.