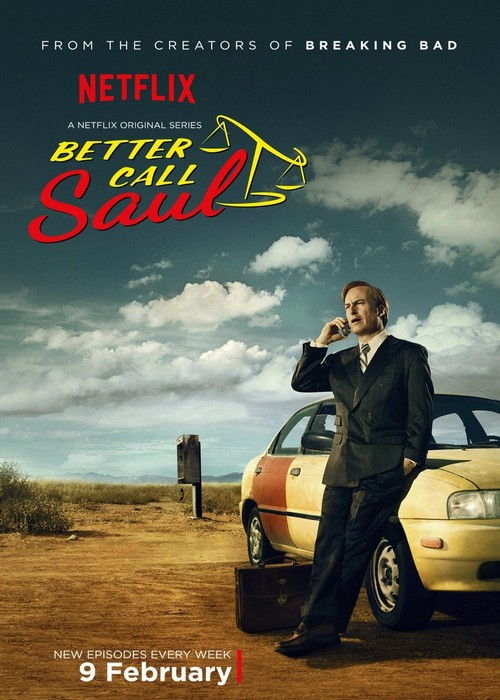 Chuck’s neighbor reports him for commandeering his newspaper. Mistakenly believing his empty propane cans and damaged electrical lines indicate illegal drug production, the police break down his door, taser and arrest Chuck. Chuck is hospitalized, and the doctor believing that Chuck’s “disease” is psychosomatic, wants to have him committed, but Jimmy declines. Jimmy’s newfound fame attracts less than promising clients, including one who wants to secede from the United States. He meets an elderly woman who wants him to prepare a will. Her bequests consist almost entirely of leaving her Hummel figurines to various friends and family members, but she pays in cash. Jimmy’s rapport with her leads Kim to suggest that he specialize in elder law. Jimmy begins promoting himself at a nursing home, including clothing patterned after the titular character of the TV series Matlock. Mike is visited at home by several Philadelphia police officers.