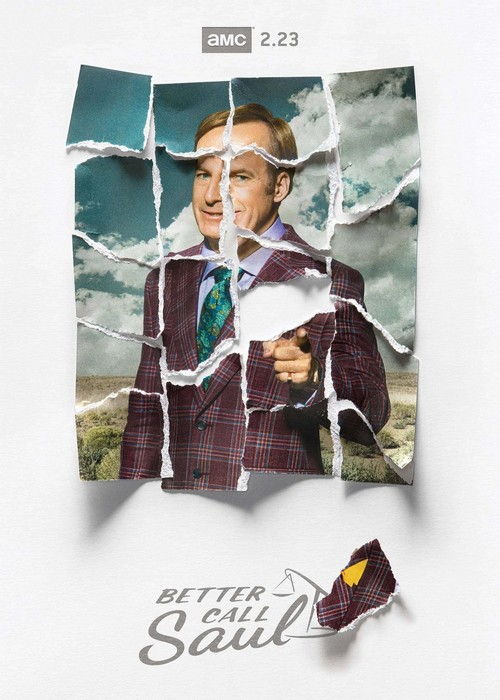 The Cousins pick up Lalo’s bail money at a cartel site in Mexico. An informant makes a telephone call to report their presence. Lalo directs Jimmy to a remote pickup site and agrees to pay him $100,000 to transport the cash. Kim says she does not want Jimmy to go, because he is a lawyer, not a “bagman” for drug dealers, but he says it will be an easy job. The Cousins deliver two bags of cash to Jimmy, then depart. As Jimmy starts his return trip, he is cut off by several gunmen. They take the money and prepare to kill him but are attacked by an unseen sniper. All but one are killed and the survivor escapes. The shooter is Mike, who drives off with Jimmy and the cash. Jimmy’s car breaks down, so they push it over the edge of the road, then walk cross-country to avoid the gunman. They camp overnight, then continue their trek. When Jimmy fails to return, Kim asks Lalo for his location, but Lalo refuses. The gunman continues searching, so Jimmy acts as decoy and draws him in. Mike shoots the gunman, whose vehicle flips and is destroyed. Mike and Jimmy resume walking.

When a simple errand for a client goes sideways, Jimmy is pushed to the limit; Mike takes measures to contain the wrath of the cartel; Lalo gets an unexpected visitor.