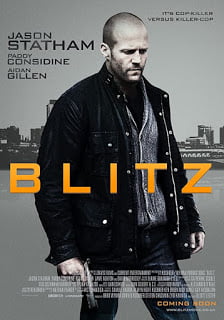 The main character of the story is a police officer named Tom Brant.

Not so long ago, the bodies of police officers began to be found on the streets of London. No one knows who exactly became the murderer of the police officers, but it is obvious that the maniac has set himself the goal of destroying all the best police officers. He goes out into the streets of the night city with a hammer or other blunt and sharp objects with which he kills his victims. The population of several districts is in a real panic. And the maniac himself, a disgusting type named Barry Weiss, admires his skill and gladly eludes police pursuit. He chose for himself a rather sonorous nickname “Blitz”, which makes even the most brave police officers shudder.

The police’s only and last resort is a young man named Tom Brant – a dark, unprincipled and at times even brutal police officer who is used to dealing with bloodthirsty and insane killers. He perfectly understands that soon his turn will come to become a victim of a dangerous psychopath, and therefore decides to take the investigation of these murders upon himself. But will he be able to stop Barry? After all, the cunning maniac has everything perfectly planned and laid out on the shelves.


Detective Sergeant Tom Brant who is dispatched to take down a serial killer hell bent on killing off the police force one by one. “The Blitz” manages to slip through the grasp of Tom every time, and with the precious lives of his colleagues diminishing one by one, Tom is led to the question: if we can’t protect our own, then what good are we?