Knives Out
Next Video 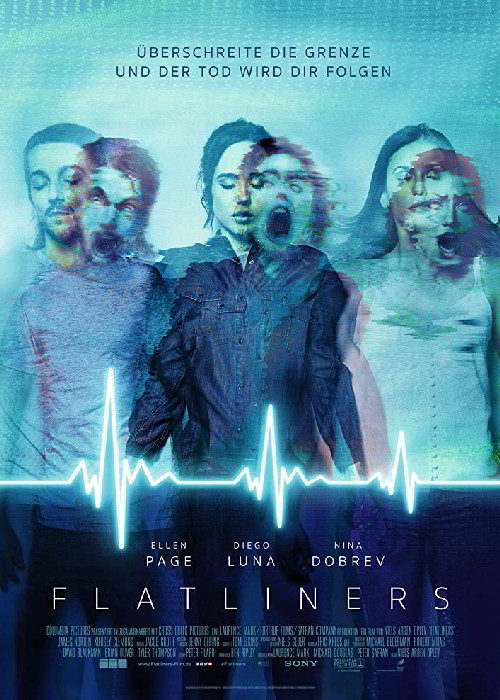 Five medical students, obsessed by what lies beyond the confines of life, embark on a daring experiment: by stopping their hearts for short periods, each triggers a near-death experience – giving them a firsthand account of the afterlife.

A medical student, Courtney, is obsessed with the idea of the afterlife, wanting to find out what happens after death. She invites fellow students Jamie and Sophia to join her in an experiment, in an unused hospital room: using defibrillation to stop her heart for sixty seconds whilst recording her brain, and then reviving her. She assures them they would not be held responsible for any accidents. Sophia is against this, but Jamie does it anyway. After sixty seconds, they panic as they are unable to revive her, but eventually manage to with the help of fellow student Ray. Later, Marlo, a rival of Ray, arrives and learns of the experiment..