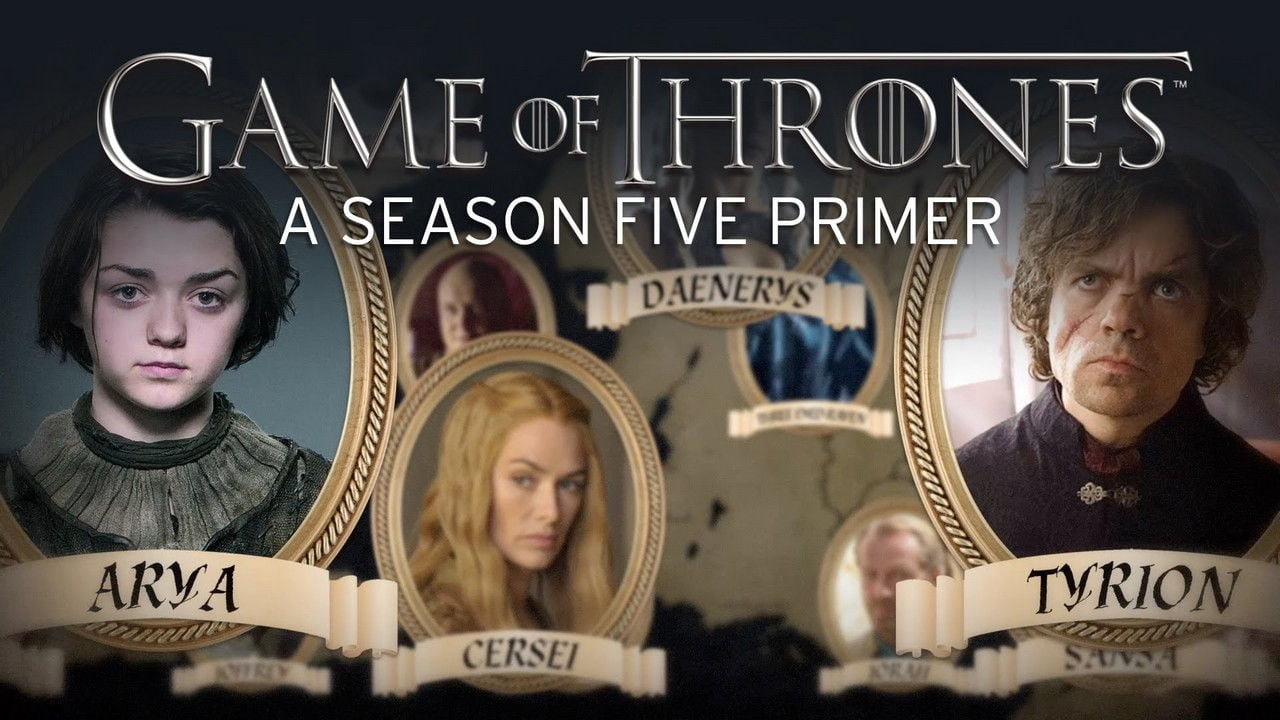 Cersei’s uncle, Kevan Lannister, is appointed as the Hand of the King. Cersei refuses to confess her crimes. H’ghar tasks Arya to study a marine insurance vendor who defrauds beneficiaries. Disguised as a shellfish peddler, she is to first learn about the insurer and then poison him. Theon tells Sansa that he faked killing, Brandon and Rickon. Ramsay asks Roose for twenty men to attack Stannis’s camp. In Meereen, Tyrion convinces Daenerys to spare Jorah’s life; she does but exiles him again. Jorah returns to Yezzan and asks to fight in the pits. Daenerys accepts Tyrion into her council. Arriving in Hardhome, Jon and Tormund recruit five thousand Wildlings but an army of wights attacks them. Jon kills a White Walker with Longclaw, his Valyrian steel sword. As he, Tormund, and the other survivors escape by sea, they witness the Night King reanimating the dead Wildlings.

In Braavos, Arya is learning slowly and is regularly tested. She poses as an oyster seller and is assigned a specific task. In Meereen, Daenerys sits in judgment on Ser Jorah and Tyrion. While Jorah is again banished, Tyrion soon becomes her advisor. In Winterfell, Sansa learns something important from Theon. Roose Bolton meanwhile awaits Stannis’ arrival but Ramsay disagrees with his approach.In King’s Landing, Cersei learns from Qyburn that the High Sparrow has a strong case against her and recommends a way out for her. At Castle Black, Sam recovers from his wounds. Jon Snow and Tormund Giantsbane arrive at their destination north of the Wall. While some of them accept the offer of land in the south, many do not. Before they can leave however, the army of walkers arrive.