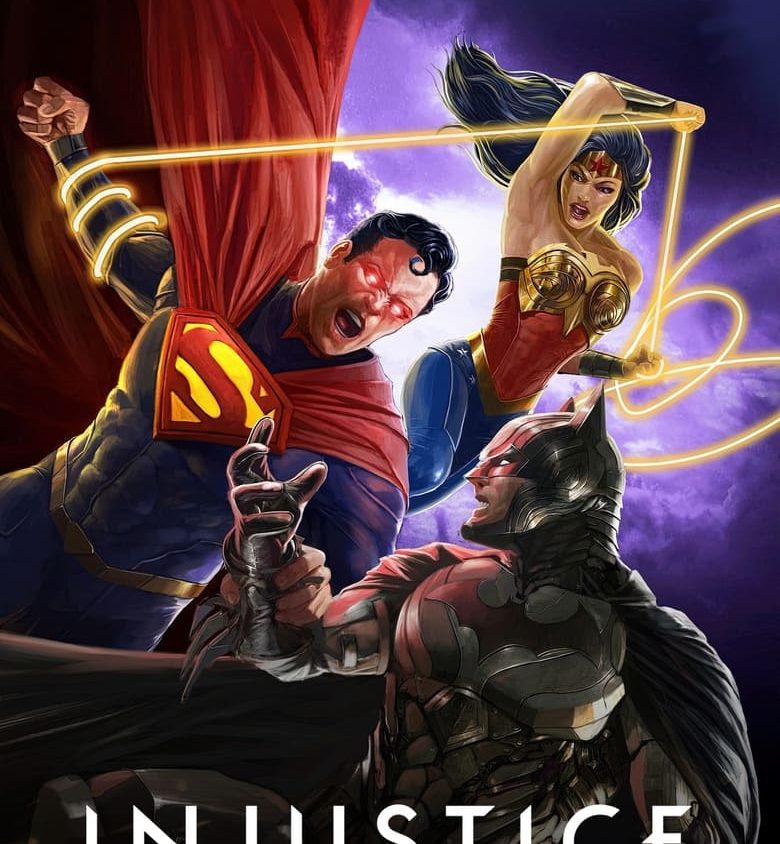 The Joker tricks Superman into killing Lois Lane. Distraught with grief, the Man of Steel takes power on Earth into his own hands, turning into a merciless tyrant, as he believes, for the good of mankind.Determined to stop him, Batman gathers a team of like-minded people ready to fight for freedom.

On Earth Twenty-Two, Superman hears a second heartbeat coming from his wife, Lois Lane, and realizes that she is pregnant. Simultaneously, Batman arrives in Metropolis in pursuit of the Joker, who has stolen Kryptonite from S.T.A.R. Labs. Alongside Harley Quinn, Joker kills Jimmy Olsen, kidnaps Lois, and steals a nuclear weapon, which they connect to a heart rate monitor surgically attached to her heart. Upon hearing of Lois’ capture, Superman and Batman call upon the other members of the Justice League to find her. While searching the city, Flash finds the Scarecrow dead in his lab and his supply of fear toxin missing, before being killed by a trap laid by Joker.

Superman eventually finds the Joker and Harley hiding on a submarine, but is attacked by Doomsday upon confronting them, and flies the monster into space. As the other heroes arrive and apprehend Joker and Harley, Batman realizes that they have mixed the stolen fear toxin and Kryptonite, using it to make Superman hallucinate that he is fighting Doomsday; in reality, he has killed Lois. Before Superman can be warned, Lois’ death triggers the detonation of the warhead, destroying Metropolis and killing millions of people.

Joker is apprehended and brought to Arkham Asylum where he reveals to Batman that, frustrated with being unable to break him, he turned his sights on corrupting Superman instead. A grieving Superman crashes the interrogation, killing Joker by impaling him with his fist, ripping out his heart, much to Batman’s horror. Aboard the Watchtower as the world reacts to his actions, Superman resolves to take a firmer stance on preventing death, which is supported by Wonder Woman but disavowed by Batman, believing that he will throw away his and the Justice League’s ideals.

While Green Arrow takes Harley to his hideout to protect her from Superman’s wrath, Superman reveals his secret identity before the United Nations and announces his intentions to bring peace to Earth, by force if necessary. The Justice League is left divided over Superman’s actions; with some embracing his new methods, while Green Lantern, Aquaman, Shazam, and other members refuse to support them and leave the Justice League.

Meanwhile, the United States government becomes concerned that Superman will interfere in their covert operations, and have Mirror Master and his soldiers kidnap his father, Jonathan Kent, as leverage against him. Superman begins to question his actions, but Wonder Woman reassures him that he is doing the right thing. Locating Mirror Master, Wonder Woman and Raven force him to give up Jonathan’s location. Wonder Woman takes his belt, which Superman uses to find and rescue his father. In the White House, Batman confronts the President and warns him not to go after Superman’s family.

Later, Superman visits Gotham City for the next stage of his plan and tries to make peace with Batman, only to fall into an argument over their ideological views, culminating in Batman rejecting Superman. Alongside Nightwing, Batman heads to Arkham to prevent Superman, Wonder Woman and Cyborg from forcefully relocating Arkham’s inmates to a more secure facility, discovering that his son Robin has joined Superman. Harley, after escaping from Green Arrow and deciding to become a hero, releases the inmates to kill Superman, forcing the heroes into battle. During the fight, Robin lashes out against Nightwing, accidentally killing him with a blow to the head. A heartbroken Batman disowns Robin for his actions, leaving Arkham with Nightwing’s body. Informed of what happened by Superman, Catwoman arrives at the Batcave to comfort Batman. In the afterlife, Nightwing meets Rama Kushna, who transforms him into Deadwing to restore balance to the world.

Robin introduces Superman to his grandfather, Ra’s al Ghul, who offers his assistance in furthering his mission; however, he refuses to partner with a villain. Alongside other heroes who refused to join Superman, Batman forms an underground insurgency and makes plans to steal a red sun cannon from the Fortress of Solitude to defeat Superman. Realizing Batman’s plan, Superman arrives at the Fortress, defeating Captain Atom before being subdued by the Atom, who’s in Superman’s brain wielding a microscopic piece of Kryptonite. Before the cannon can be stolen, Ra’s destroys it and kills Atom by making Superman inhale concentrated radioactive gas. Green Arrow attempts to shoot Superman with a Kryptonite arrow, only for it to be deflected into Jonathan, resulting in Superman killing Green Arrow in anger. Following his father’s last words, Superman allows Batman and his team to escape with the Phantom Zone Projector, and officially partners with Ra’s.

Superman publicly declares his intentions to use T-Spheres, which survey the world and prevent crime, and later kills a nightclub of teenagers for wearing the Joker’s symbol. To counter this, Batman has Plastic Man break the T-Spheres’ creator, Mister Terrific, out of Superman’s prison in the Mariana Trench, receiving unseen help from Deadwing. Video footage of Superman attacking the nightclub is leaked, leaving Wonder Woman uneased. Superman dispatches Amazo, an indestructible learning android constructed by Ra’s, for a test run in Smallville. However, Amazo quickly turns violent and attacks Superman, and Ra’s announces his intentions to betray him. Able to replicate metahuman powers, Amazo overpowers the Justice League, killing Hawkman and Cyborg, but Batman and his allies arrive and help Superman and Wonder Woman destroy the android. Meanwhile, Robin, having had a change of heart, duels and defeats Ra’s with Deadwing’s help.

Despite their aid, Superman prepares to have the insurgents arrested and incapacitates Wonder Woman after she turns on him. However, having created an interdimensional gateway using his technology and the Phantom Zone Projector, Mister Terrific summons the Superman of Earth One to battle his counterpart. Earth Twenty-Two Superman defeats Earth One Superman as the latter was holding back, but surrenders after being talked down by Lois from Earth Nine, who lost her Superman in a battle against Brainiac and remains pregnant with his child.

Remorseful of his actions, Superman agrees to be imprisoned as penance. Although unsure of what will happen next, Batman makes preparations to rebuild the world and his life with Catwoman.