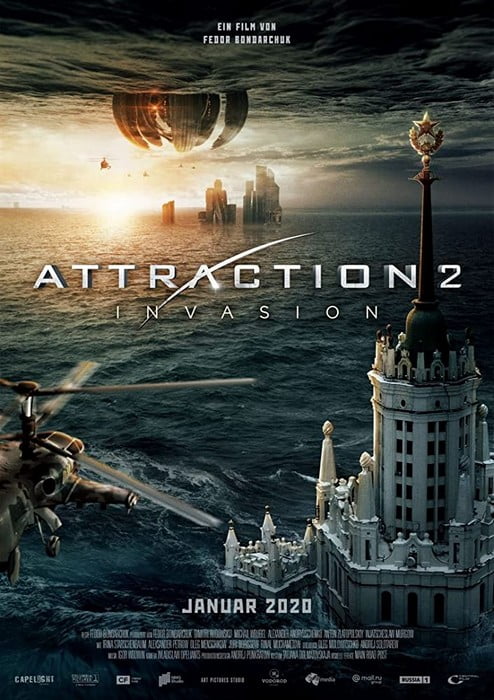 Cancel
Turn Off Light
I Like ThisUnlike Like
I Dislike ThisUn-Dislike Dislike
Share
Auto Next
Yulya Lebedeva lies on the water in a classified laboratory of the Russian Defense Ministry. The subject’s body is hidden by special microchips that record every change in the body. Particular attention is paid to brain activity. A young girl answers the expert’s tricky questions. The eyes show how unpleasant it is for her to be the object of research. But she will no longer be able to live like an ordinary person.
It’s all about the events of three years ago. The representative of an extraterrestrial civilization Hekon conducted secret observations of our planet. But once it got into a stream of meteorites, it was discovered by the Russian special services. The military mistook the unidentified object for a NATO threat and shot down the ship. The emergency landing ended tragically: 232 people died, more than half a thousand with severe injuries went to the hospital. Yulya, then still a high school student of one of the capital’s schools, was in the center of events. When the ship was wrecked, a close friend of the heroine Svetlana Morozova died on the spot. The schoolgirl and her friend Artyom hated the aliens for this, and, having gathered a team of like-minded people, made their way into the alien’s lair to take revenge. Only here in the place of a fanatic and a murderer was a simple guy, outwardly no different from an ordinary person. Hakon is an alien resident, for whom the meteor shower ended with the complete destruction of the spacecraft, then later on more than once rescued Yulya. And the most important gift that he presented to her at the cost of his own life is biological immortality.

The strength that lies in the young girl alarms and frightens scientists. Unearthly civilizations are also seriously puzzled by the fact that the abilities of a universal scale are stored in an ordinary person. For this purpose, they return to planet Earth.

With the fall of the alien ship Julia’s life changed, now three years later mankind is about to experience new encounter.


The action takes place three years after the events of Attraction. Julia (Irina Starshenbaum), who was saved from death with the help of extraterrestrial technologies, has unusual abilities now. The girl has become the object of the research conducted in secret laboratories of the Ministry of defense. Julia’s new abilities attract not only people on Earth, they are becoming a threat to extraterrestrial civilizations – because of that the Earth is threatened with invasion.