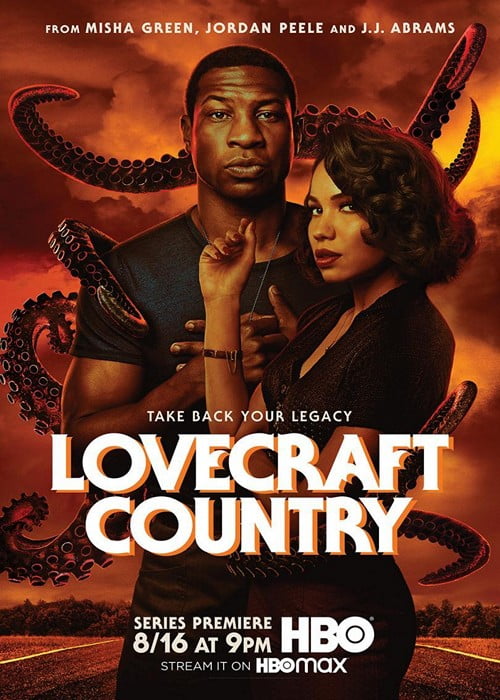 Three weeks after George’s funeral, Leti uses an unexpected inheritance from her deceased mother to buy a dilapidated Victorian mansion in an all-white neighborhood on Chicago’s North Side, filling it with black renters together with her half-sister Ruby. The white neighbors harass them and burn a cross on the lawn. A white supremacist police officer, Captain Lancaster, threatens Leti. Inside the house, supernatural activity flares up. Leti learns that the previous owner was a white scientist, Hiram Epstein. With the help of Lancaster, he kidnapped, experimented on, and killed eight black people before burying them under the house. All nine spirits are trapped there. With the help of a medium and the black spirits, Leti banishes Epstein’s malevolent ghost. Later, Atticus finds Christina Braithwhite in Chicago; she survived the fire. Atticus has deduced that she was secretly the source of the “inheritance” and had steered Leti to the house. Christina explains that the house was built by Horatio Winthrop, a Sons of Adam member banished after stealing pages from The Book of Names in the 1800s, and that Epstein was a follower of Winthrop’s. She asks Atticus to help her find the missing pages, which could help decipher “the language of Adam”. Atticus attempts to shoot her, but he is not able to pull the trigger.

Hoping to mend her relationship with her sister Ruby (Wunmi Mosaku), Leti turns a ramshackle Victorian on Chicago’s North Side into a boarding house – an endeavor that stokes neighborhood racism and awakens dormant spirits stuck in the house. Meanwhile, Atticus remains burdened by a guilty conscience as George’s wife Hippolyta (Aunjanue Ellis) presses him for the full story of what happened in Ardham.