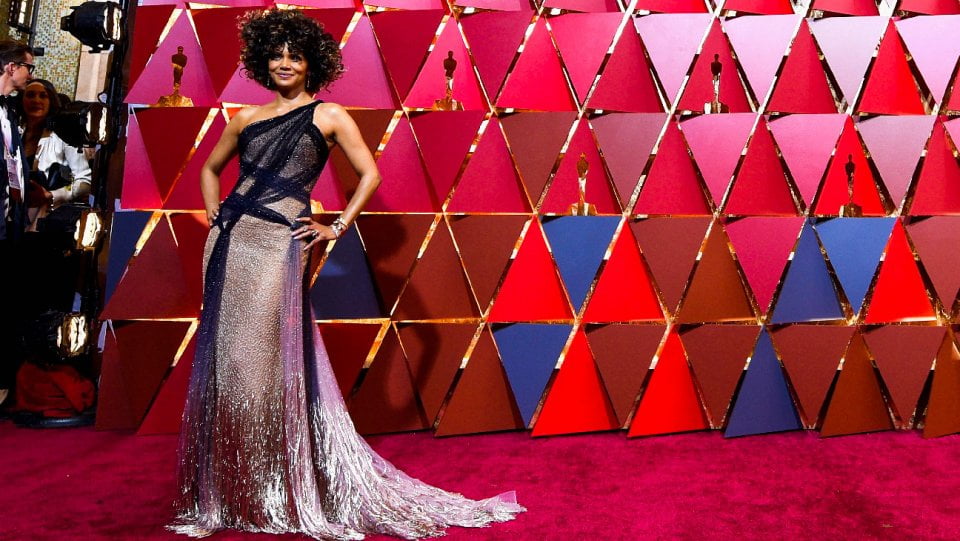 The audience is always obsessed with the way that their favourite celebrity dresses up. Oscars are one of the main events for the celebrities to get into their best clothes and set trends that thousands around the world would eventually follow. Google has revealed the list of the top 10 most searched gowns that the celebrities wore to the Oscars in 2017 and the list includes them all from Halle Berry’s shimmery Atelier Versace gown to Emma Stone’s gold Givenchy dress.

SourceEmma Stone, who won the best actress award for her role in La La Land, matched her Oscar statuette in a gold, Swarovski crystal-embroidered Givenchy Haute Couture gown, designed by Riccardo Tisci. Stone became the first lead actress to win an Oscar in Givenchy since Audrey Hepburn, who wore the luxury label in 1954 when she took home the gold for her role in Roman Holiday.

SourceHailee Steinfeld stepped out in a pale lavender Ralph & Russo Couture gown with floral embroidery. “There wasn’t much deciding. It was kind of just, it was the one from the very start,” Steinfeld told People of picking out the glamorous gown. The gown was styled by Rob Zangardi and Mariel Haenn.

SourceJanelle Monae stepped out in an Elie Saab Haute Couture Gown that was covered with feathers, sequins, beads and crystal stones.

SourceMeryl Streep chose an Elie Saab Haute Couture instead of her usual Chanel after there were rumours that she refused to go with the fashion house unless they paid her, which turned out to be false. Streep ended up in an off-the-shoulder gown and matching ankle trousers.

SourceHalle Berry chose to go with an Atelier Versace gown, which “embodied the perfect balance of classic Oscar glamour met with a modern rock and roll edge,” as put by stylist Lindsay Flores.

SourceStyled by Cristina Ehrlich, Priyanka Chopra stunned in a Ralph & Russo Couture gown at this year’s Oscars. Her gown from last year topped off Google’s list for most searched gowns last year.

Source“Fluidity, transparency, and texture were the key elements; the overall aesthetic we were looking for was a dress that would represent a young modern woman in the film industry of today,” said stylist Victoria Sekrier of Alicia Vikander’s Louis Vuitton lace dress at this year’s Oscars.