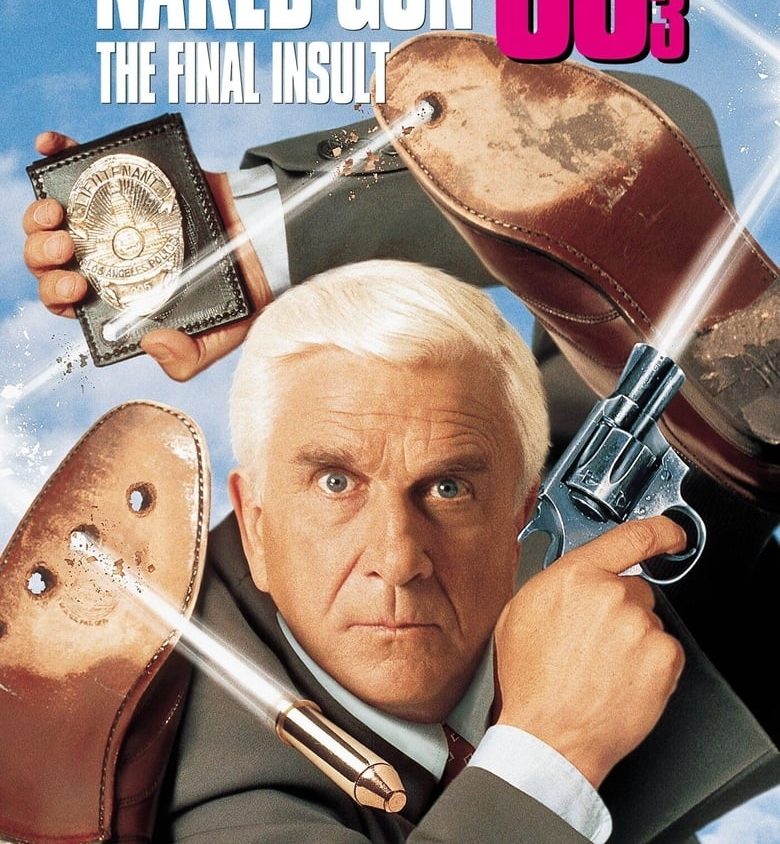 Tagline: A Mad Bomber Is On The Loose, And If Anyone Can Stop Him….So Can Frank!

Among the people who faithfully serve their country and protect its population from the threats of terrorists and other dangerous criminals, there is Frank Drebin, an American officer who is considered one of the best professionals in this matter. On his account there are many prevented terrorist acts, detained terrorists and saved human lives. But sooner or later, you need to change your lifestyle, pay more attention to your spouse and, finally, think about having children. Frank resigns and begins to solve family problems, lead a peaceful and quiet lifestyle.
However, Drebin did not judge for a long time to enjoy the charms of a family and quiet life, he learns that another terrorist attack of unprecedented power is being prepared in the country. He is being prepared by the famous terrorist Rocco, who was hired by Arab militants, having paid a huge sum of several million dollars. Frank had not yet had such a difficult and dangerous task, and besides, he clearly understood that the police could not do it. Only he can cope with him, so you need to take up arms again and save the inhabitants of this country from a deadly threat. Fortunately, he has enough dexterity and skills, so let Rocco tremble, because he is already on his way.
Genre: Comedy, Crime.
Released: 1994.
Director: Peter Segal.
Starring: Leslie Nielsen, Priscilla Presley, George Kennedy.