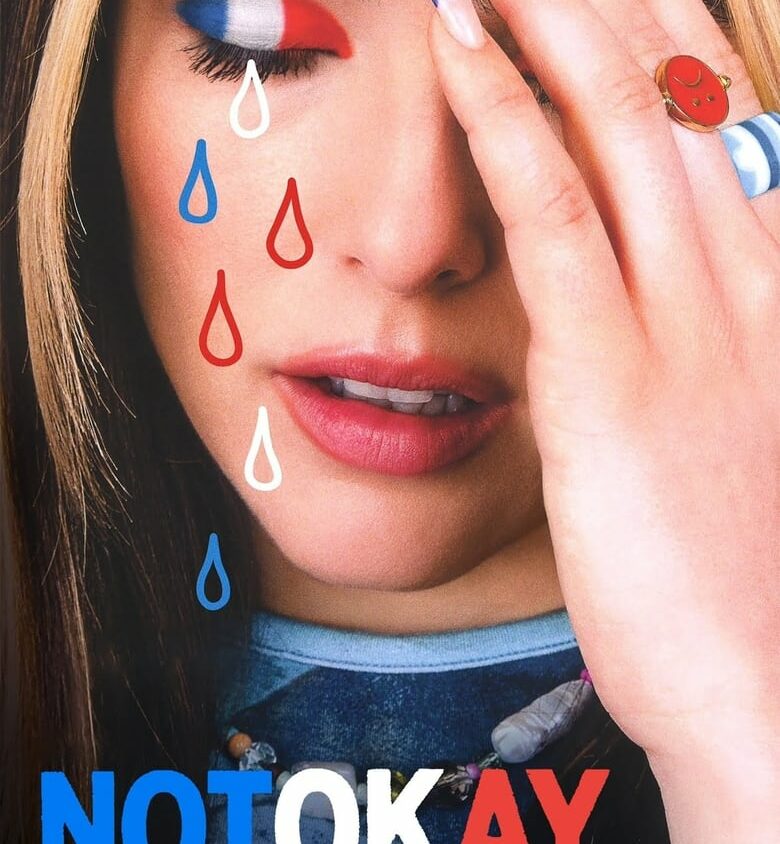 Cancel
Turn Off Light
I Like ThisUnlike Like
I Dislike ThisUn-Dislike Dislike
Share
Auto Next
The plot revolves around a desperate girl who, for the sake of popularity on social networks, decided to feign a trip to Paris. At the same time, a terrifying event takes place in the capital of France, with which the heroine is directly connected due to her fictional trip.
An innocent lie leads her to a moral predicament: although the girl got into the spotlight, events did not unfold at all as she expected.
Danni Sanders is a photo editor and aspiring writer for the fictional online magazine Depravity in New York City. Struggling with her job and making friends, Danni lies about attending an upcoming retreat in Paris to impress co-worker and social media influencer Colin.

Danni spends the next week posting photoshopped pictures of herself in Paris from her Brooklyn apartment. She gains a modest following on Instagram, including Colin. A few days later, Danni posts a doctored photo of herself by the Arc de Triomphe only minutes before several major Parisian landmarks are bombed, including the Arc. To uphold her lie, Danni fakes returning from Paris, joining up with her parents at the airport.

With her parents, co-workers, and online following mistakenly believing she was a survivor of the terrorist attacks, Danni immediately garners extreme attention. Initially wanting to come clean, Danni ultimately chooses to lean into the lie. After attending a trauma support group, she meets and befriends anti-gun activist Rowan Aldren, a school shooting survivor who also has a large social media following and whose older sister was a victim of the same shooting.

Danni writes an article about her fake experience of being in a terrorist attack. This article, which trends the hashtag #IAmNotOkay, goes viral, skyrocketing Danni to immediate fame. Danni grows close with Rowan, becoming a big sister figure to her. During a night out with Colin, they have a brief sexual encounter, which makes Danni realize the life of fame she wanted is not as desirable as simply being a good person.

Danni is invited to speak at a rally with Rowan. When counter-protestors set off fireworks, Rowan suffers a panic attack and is hospitalized. Because Danni has been having recurring hallucinations of the Paris bomber, she has a hard time being there to support Rowan. Meanwhile, Harper, a skeptical co-worker of Danni’s who hates her, does some digging and uncovers her lie. Harper gives Danni an ultimatum, Danni either comes clean on her own terms, or Harper will announce the fraud to the world.

Ultimately, Danni decides to publish an article detailing the truth and accept the consequences of her lie. This derails her life quickly, she is fired from her job, Rowan ends their friendship, and she becomes a pariah, causing her to move in with her parents and deactivate all of her social media accounts.

A month later, Danni is attending a new support group for individuals who are victims of online shaming, where she is encouraged to make amends with those she hurt. Danni attends a spoken word event where Rowan is speaking out against Danni and her actions. Moved by her speech, Danni realizes that apologizing would only make her feel better but not Rowan, and so she quietly walks out of the theater as everyone cheers for Rowan.