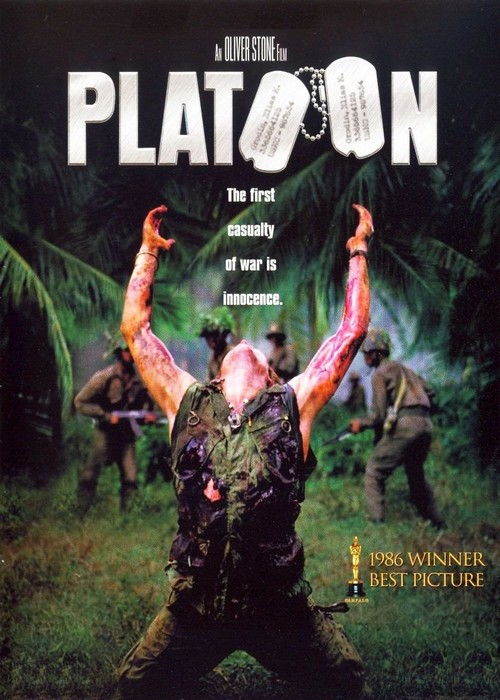 Taglines: The first casualty of war is innocence.

The film takes place in 1967, when America took an active part in the war, which took place in Vietnam. Many young people went there, who believed that here they could become real heroes and save the world from parasites-Viet Cong. A young man named Chris did the same, who had never before been to the battlefield before. As a result, he ended up in the twenty-fifth detachment, which brought together a variety of personalities. And if some came here to do their duty, others went to Vietnam solely to satisfy their own needs for cruelty.

It is precisely because of this that a serious conflict erupted between the two commanders-in-chief of this detachment. One of them shot with impunity any local resident who appeared on his way, while the second was against such outright cruelty. Which side will Chris ultimately choose? Can he remain human in this hell created by humans? Ahead of him is waiting for the most serious test in life, which will force him to show all his courage, as well as fight with those whom he previously considered his colleagues in arms.

A young soldier in Vietnam faces a moral crisis when confronted with the horrors of war and the duality of man.

Chris Taylor is a young, naive American who gives up college and volunteers for combat in Vietnam. Upon arrival, he quickly discovers that his presence is quite nonessential, and is considered insignificant to the other soldiers, as he has not fought for as long as the rest of them and felt the effects of combat. Chris has two non-commissioned officers, the ill-tempered and indestructible Staff Sergeant Robert Barnes and the more pleasant and cooperative Sergeant Elias Grodin. A line is drawn between the two NCOs and a number of men in the platoon when an illegal killing occurs during a village raid. As the war continues, Chris himself draws towards psychological meltdown. And as he struggles for survival, he soon realizes he is fighting two battles, the conflict with the enemy and the conflict between the men within his platoon.


In 1967, U.S. Army volunteer Chris Taylor arrives in South Vietnam and is assigned to an infantry platoon of the 25th Infantry Division near the Cambodian border. The platoon is officially led by the young and inexperienced Lieutenant Wolfe, but in reality the soldiers defer to two of his older and more experienced subordinates: the hardened and cynical Staff Sergeant Robert “Bob” Barnes, and the more idealistic Sergeant Elias.

Taylor is immediately sent out with Barnes, Elias and veteran soldiers on a planned night ambush for a North Vietnamese army force. The NVA soldiers manage to get close to the sleeping Americans before a brief firefight ensues; Taylor’s fellow new recruit Gardner is killed and Taylor himself lightly wounded. After his return from the hospital, Taylor bonds with Elias and his circle of marijuana-smokers while remaining aloof from Barnes and his more hard-edged followers.

During a subsequent patrol, three men are killed by booby traps and unseen assailants. Already on edge, the platoon is further angered when they discover an enemy supply and weapons cache in a nearby village. Barnes, through a Vietnamese-speaking soldier, Lerner, aggressively interrogates the village chief about whether the villagers have been aiding the NVA. In a fit of anger, Barnes shoots the chief’s wife dead after she shouts at him and threatens to kill the chief’s daughter. Elias then arrives, getting into a physical altercation with Barnes over the killing before Wolfe breaks it up and orders the supplies destroyed and the village razed. The blaze causes a few of the burning homes to explode, suggesting they contained hidden munitions kept by the villagers. Taylor later stops a gang rape of two girls by some of Barnes’ men.

When the platoon returns to base, the veteran company commander Captain Harris declares that if he finds out that an illegal killing took place, a court-martial will ensue, leaving Barnes worried that Elias will testify against him. On their next patrol, the platoon is ambushed and pinned down in a firefight, in which numerous soldiers are wounded. More men are wounded when Lieutenant Wolfe accidentally directs an artillery strike onto his own unit before Barnes calls it off. Elias takes Taylor and two other men to intercept flanking enemy troops. Barnes orders the rest of the platoon to retreat and goes back into the jungle to find Elias’ group. Barnes finds Elias alone and shoots him, then returns and tells Taylor that Elias was killed by the enemy. While the platoon is being extracted via helicopter, they glimpse Elias, mortally wounded, emerging from the treeline and being chased by a group of North Vietnamese soldiers, who kill him. Taylor surmises that Barnes was responsible for mortally wounding Elias.

At the base, Taylor attempts to talk his group into fragging Barnes in retaliation when Barnes, having overheard them, enters the room and mocks them. Taylor assaults the intoxicated Barnes but is quickly overpowered. Barnes seems ready to kill Taylor, but Rhah tells Barnes that it is not worth ten years in prison for killing an enlisted soldier, so instead Barnes cuts Taylor near his eye with a push dagger before departing.

The platoon is sent back to the front line to maintain defensive positions, where Taylor shares a foxhole with Francis. That night, a major NVA assault occurs, and the defensive lines are broken. Most of the platoon, including Wolfe and most of Barnes’ followers, are killed in the ensuing battle. Sgt. Red O’Neill, known for shirking duties and one of Barnes’ lackeys, hides under a dead soldier to avoid being seen. Taylor, along with Francis, finds his courage and counterattacks, killing many of the invading NVA. Taylor even leaves the fighting hole to pursue the enemy. During the attack, an NVA sapper, armed with explosives, destroys the battalion headquarters in a suicide attack. Now in command of the defense, Captain Harris orders his air support to expend all their remaining ordnance inside his perimeter. During the chaos, Taylor encounters Barnes, who is wounded and driven to insanity. Just as Barnes is about to kill Taylor, both men are knocked unconscious by the air strike.

Taylor regains consciousness the following morning, picks up an enemy rifle, and finds Barnes, who orders Taylor to call a medic. Seeing that Taylor will not help, Barnes contemptuously orders Taylor to kill him; Taylor does so. Francis, who survived the battle unharmed, deliberately stabs himself in the leg and reminds Taylor that because they have been twice wounded, they can return home. Taylor waves goodbye to the remaining troops as helicopters carry him and Francis away along with other wounded soldiers. Overwhelmed, Taylor sobs as he glares down at craters full of corpses. In a voice-over, Taylor says that although the war is now over for him, it will remain with him for the rest of his life.