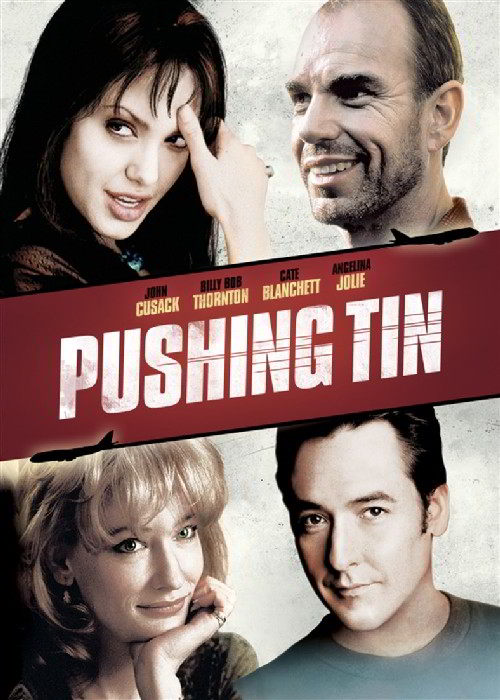 Nick Falzone is a dispatcher from New York. The fate of countless passengers depends on his actions. Nick cleverly manipulates flights to help pilots avoid collisions. Thanks to Nick’s efforts, passenger flights reach the landing strip without consequences. Earned the title of Chief Aircraft Management Specialist on Long Island. Nick’s colleagues respect him immensely. The air traffic controller team works like a clock, fulfilling all orders of the authorities on time. Everything changes when a newcomer joins the company.

Russell Bell becomes the new employee of the control room. Unlike Nick, Russell is not used to sticking to rules. He has earned the reputation of a rebel who can turn the life of his superiors into a nightmare. The appearance of a wayward competitor in Long Island throws Nick off balance. A face-to-face confrontation begins between the dispatchers, which changes the way of life of the entire team. There can be only one winner in a bout. Who will secure the position of the chief dispatcher of the company?

A feud develops between two air traffic controllers: one cocky and determined while the other is restrained and laidback, which inevitably affects their lives.


Nick “The Zone” Falzone (John Cusack) and his fellow air traffic controllers at the New York TRACON pride themselves on their ability to handle the intense stress of being a controller for one of the busiest airspaces in the country, even boasting of the 50% drop-out rate for new additions to the staff who are unable to cope with the pressure. The group is joined by the quiet and confident Russell Bell (Billy Bob Thornton), a veteran of TRACONs in the Western United States. Russell quickly proves to be exceptionally capable of handling the increased workload by using unorthodox and risky methods. Nick feels challenged by the new controller’s ability to out-perform him at seemingly every task and warns his supervisor that Bell is a loose cannon, especially after discovering that Russell once stood on a runway to allow himself to be violently propelled by a landing commercial airliner’s jetwash.

At a supermarket, Nick encounters Russell’s despondent young wife Mary (Angelina Jolie), who is sobbing over a grocery cart full of alcohol. In consoling her, Nick ends up back at the Bells’ house, where he and Mary both cheat on their respective spouses by having sex. Several days later, Mary informs Nick that she immediately told Russell about the affair, and that the confession has actually improved their marriage. Fearing retaliation, Nick confronts Russell at work, and is confused and surprised by Russell’s even-tempered response to the situation. Meanwhile, Nick’s wife, Connie (Cate Blanchett), seems to become more and more intrigued by Russell, and Nick becomes increasingly paranoid that Russell will eventually seek revenge by having sex with her. While out of town for his father-in-law’s funeral, Nick can’t bring himself to lie when a grieving Connie challenges him to say that he has never cheated on her. As their flight home approaches New York, Connie tells Nick that she has indeed slept with Russell. The plane then makes an odd turn, and Nick assumes that Russell is harassing him, or possibly going insane, by purposely directing the plane into a dangerous storm.

Soon after going to TRACON to confront Russell, a bomb threat is called in to the facility. The building is evacuated as both Nick and Russell volunteer to stay behind to handle the daunting task of landing all the planes on approach in their airspace before the alleged bomb is set to go off in 26 minutes. Successfully routing all but one plane that has lost radio contact, Nick leaves the building as the deadline approaches, while Russell instead remains inside to make contact with the plane by calling one of its passengers via Airfone. Russell is lauded as a hero for making the effort despite the threat, which turned out to be a hoax.

Russell abruptly quits and he and Mary move to Colorado. Connie leaves Nick, and his performance at work suffers; the once cocky, boastful controller is sent home after being responsible for two “deals” (near mid-air collisions) in one shift. After learning that Russell had ordered the diversion of Nick’s flight not to provoke him, but to clear a path to make a plane with a medical emergency on board next in line for a landing, Nick impulsively drives out to Colorado to make amends with Russell. Nick seeks his advice on how to get his personal life back in order, but Russell is unable to make Nick understand with words. He instead brings Nick to a runway so that he too can experience being caught in a landing aircraft’s turbulence. The two engage in the stunt together, and it has a profound effect on Nick, who thanks Russell. He returns to New York, where he regains his form at work, and reconciles with Connie.