The Nightmare Before Christmas
Next Video 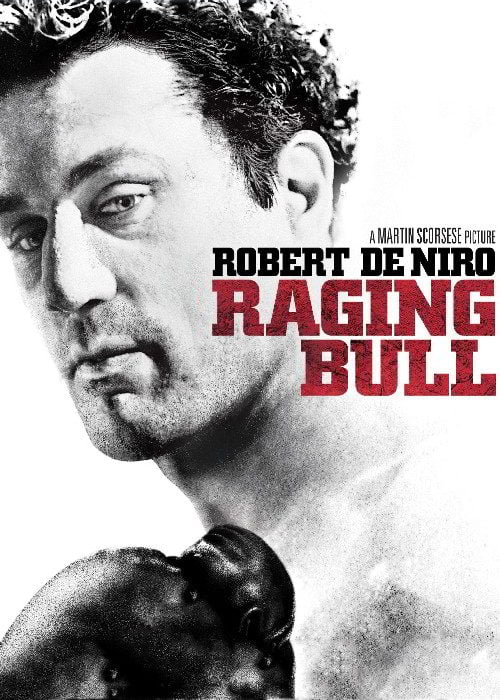 This is the nickname of the film’s hero Jake La Motta, who is not a fictional, but a real person. The events that happen to the hero actually took place in life. The film was shot on facts taken from the memoirs of this American boxer. The life of any person is filled with various tests, a well-known athlete did not escape them. Boxing has been his dream since childhood and Jake made considerable efforts to make the dream come true. And already at the age of nineteen, he began his professional career, entering the ring. Jake overcame any obstacles arising in his way, not for nothing that he was given such a nickname.
And so began the successes of Jake, which he had been waiting for so long – victory after victory. Despite the fact that they tried to break him in many ways, he did not succumb to either bribery or blackmail and threats. He learned a simple truth – you can’t trust anyone, only yourself. Of course, he received a lot of help from his brother, who acted as his coach. Then there was a meeting with a girl who became his love and wife. But he could not find happiness with her. Having passed many trials in sports, he could not stand them in family life. Jealousy is a bad adviser; it was the jealousy test that Jake could not pass. A gloomy streak begins, which he needs to overcome.

The life of boxer Jake LaMotta, whose violence and temper that led him to the top in the ring destroyed his life outside of it.

Based on Raging Bull: My Story by Jake LaMotta Joseph Carter Peter Savage

In 1941, LaMotta is in a major boxing match against Jimmy Reeves, where he suffered his first loss. Jake’s brother, Joey LaMotta, discusses a potential shot for the middleweight title with one of his Mafia connections, Salvy Batts. Some time thereafter, Jake spots a fifteen-year-old girl named Vickie at an open-air swimming pool in his Bronx neighborhood. He eventually pursues a relationship with her, even though he is already married. In 1943, Jake defeats Sugar Ray Robinson, and has a rematch three weeks later. Despite the fact that Jake dominates Robinson during the bout, the judges surprisingly rule in favor of Robinson and Joey feels Robinson won only because he was enlisting into the Army the following week. By 1945, Jake marries Vickie.

Jake constantly worries about Vickie having feelings for other men, particularly when she makes an off-hand comment about Tony Janiro, Jake’s opponent in his next fight. His jealousy is evident when he brutally defeats Janiro in front of the local Mob boss, Tommy Como, and Vickie. As Joey discusses the victory with journalists at the Copacabana, he is distracted by seeing Vickie approach a table with Salvy and his crew. Joey speaks with Vickie, who says she is giving up on his brother. Blaming Salvy, Joey viciously attacks him in a fight that spills outside of the club. Como later orders them to apologize, and has Joey tell Jake that if he wants a chance at the championship title, which Como controls, he will have to take a dive first. In a match against Billy Fox, after briefly pummeling his opponent, Jake does not even bother to put up a fight. He is suspended shortly thereafter from the board on suspicion of throwing the fight, though he realizes the error of his judgment when it is too late. He is eventually reinstated, and in 1949, wins the middleweight championship title against Marcel Cerdan.

A year later, Jake asks Joey if he fought with Salvy at the Copacabana because of Vickie. Jake then asks if Joey had an affair with her; Joey refuses to answer, insults Jake, and leaves. Jake directly asks Vickie about the affair, and when she hides from him in the bathroom, he breaks down the door, prompting her to sarcastically state that she had sex with the entire neighborhood (including his brother, Salvy, and Tommy Como). Jake angrily walks to Joey’s house, with Vickie following him, and assaults Joey in front of Joey’s wife Lenora and their children before knocking Vickie unconscious. After defending his championship belt in a grueling fifteen-round bout against Laurent Dauthuille in 1950, he makes a call to his brother after the fight, but when Joey assumes Salvy is on the other end and starts insulting and cursing at him, Jake says nothing and hangs up. Estranged from Joey, Jake’s career begins to decline slowly and he eventually loses his title to Sugar Ray Robinson in their final encounter in 1951.

By 1956, Jake and his family have moved to Miami. After he stays out all night at his new nightclub there, Vickie tells him she wants a divorce (which she has been planning since his retirement) as well as full custody of their kids. She also threatens to call the police if he comes anywhere near them. He is later arrested for introducing under-age girls to men in his club. He tries and fails to bribe his way out of his criminal case using the jewels from his championship belt instead of selling the belt itself. In 1957, he goes to jail, sorrowfully questioning his misfortune and crying in despair. Upon returning to New York City in 1958, he happens upon Joey, who forgives him but is elusive.

Again in 1964, Jake now recites the “I coulda been a contender” scene from the 1954 film On the Waterfront, where Terry Malloy complains that his brother should have been there for him but is also keen enough to give himself some slack. After a stagehand informs him that the auditorium where he is about to perform is crowded, Jake starts to chant “I’m the boss” while shadowboxing.