Sonic the Hedgehog
Next Video 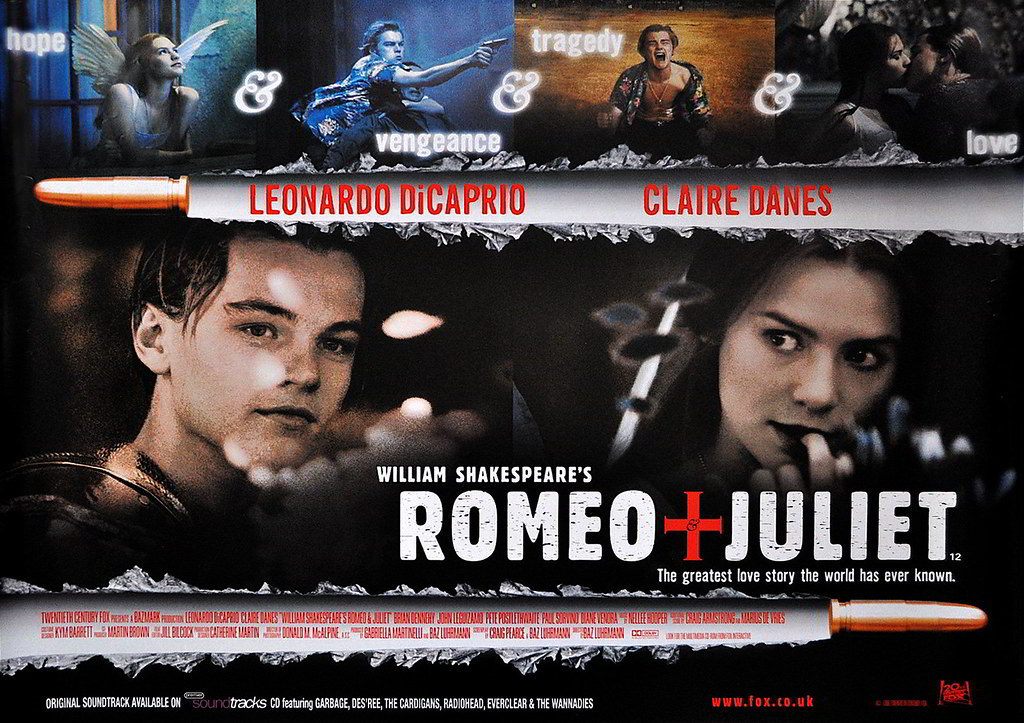 Taglines: Two households both alike in dignity, In fair Verona where we lay our scene. From forth the fatal loins of these two foes,  A pair of star-cross’d lovers take their life.

The classic story of Romeo and Juliet, set in a modern-day city of Verona Beach. The Montagues and Capulets are two feuding families, whose children meet and fall in love. They have to hide their love from the world because they know that their parents will not allow them to be together. There are obstacles on the way, like Juliet’s cousin, Tybalt, and Romeo’s friend Mercutio, and many fights. But although it is set in modern times, it is still the same timeless story of the “star crossed lovers”.

Based on Romeo and Juliet by William Shakespeare


In Verona Beach, the Capulets and Montagues are two rival gangs. The animosity of the older generation—Fulgencio and Gloria Capulet and Ted and Caroline Montague—is felt by their younger relatives. A gunfight between Montagues led by Benvolio, Romeo’s cousin, and Capulets led by Tybalt, Juliet’s cousin, creates chaos in the city. The Chief of Police, Captain Prince, reprimands the families, warning them that their lives “shall pay the forfeit of the peace”.

Benvolio and Romeo learn of a Capulet party that evening which they decide to gate-crash. Romeo agrees on hearing that Rosaline, with whom he is in love, is attending. They meet their friend, Mercutio, who has tickets to the party, and Romeo takes ecstasy as they proceed to the Capulet mansion. The effects of the drug and the party overwhelm Romeo, who goes to the restroom. While admiring an aquarium, he sees Juliet on the other side, and the two instantly fall in love, both unaware who the other is. Tybalt spots Romeo and vows to kill him for invading his family’s home.

After Romeo leaves the party, he and Juliet each learn that they belong to feuding families, but Romeo sneaks back to see her. Juliet tells him that if he sends word by the following day, they will be betrothed. The next day, Romeo asks Father Laurence to marry them, and he agrees, hoping their marriage will end the feud. Romeo passes the word on via Juliet’s nurse and the lovers are married.

Tybalt encounters Mercutio and Romeo at the beach. Romeo attempts to make peace, but Tybalt assaults him. Mercutio intervenes and batters Tybalt, and is about to kill him when Romeo stops him. Tybalt uses the opportunity to inflict a deadly wound on Mercutio, who curses both houses before dying. Enraged, Romeo chases after a fleeing Tybalt and shoots him dead.

Captain Prince banishes Romeo from the city, and he goes into hiding with Father Laurence. The nurse arrives and tells him that Juliet is waiting for him. Romeo climbs over Juliet’s balcony, and they consummate their marriage. Meanwhile, Fulgencio decides Juliet will marry Dave Paris, the governor’s son.

The next morning, Gloria tells Juliet that she is to marry Paris. She refuses and Fulgencio threatens to disown her. Juliet runs away and seeks out Father Laurence, imploring him to help her and threatening to commit suicide. Father Laurence gives her a potion that will let her fake her own death and be put in the Capulet vault to awaken 24 hours later. Romeo will be informed of the plot, sneak into the vault, and once reunited the two can escape to Mantua. But Romeo learns of Juliet’s apparent death from Balthasar and leaves for Verona before the message from Father Laurence arrives.

Romeo enters the church where Juliet lies and bids her goodbye, and, thinking her dead, drinks a vial of poison. Juliet awakens just in time for them to share a final kiss before Romeo dies. A distraught Juliet picks up Romeo’s gun and shoots herself in the head. The two lovers are soon discovered in each other’s arms. Captain Prince condemns both families whose feuding led to such tragedy, while coroners quickly transport the two bodies to the morgue.