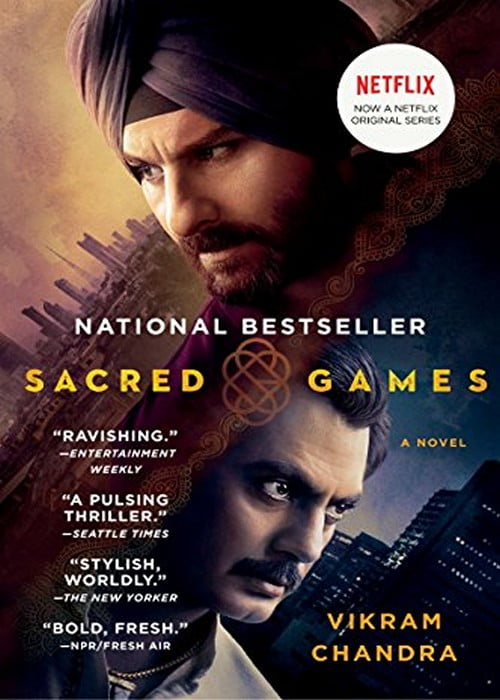 Sartaj gets off the train at its destination, where he is immediately captured and brought to Malcolm, who cuts off his left thumb with an axe. Parulkar’s forces soon surround the area; Malcolm escapes, but Sartaj discovers a large hangar full of crates carrying advanced weapons before collapsing from his injuries. He is hospitalized while the police interrogate an uncooperative Bhosale. Afterwards, Sartaj revisits his mother, who tells him that his father tended to Gaitonde while the latter was imprisoned. She plays a recorded video of one of Guruji’s sermons where he recites the same philosophy Gaitonde told Sartaj over the phone, and Sartaj realizes the guru is Gaitonde’s “third father.” He returns to Gaitonde’s hideout, where he discovers a nuclear shelter housing Trivedi’s tortured body.

In flashbacks, Gaitonde continues to be brutally beaten in prison by Parulkar, who is shown to be conspiring with Trivedi and Bhosale. Gaitonde soon reunites with his friend and early partner in crime Mathu, and receives sexual services and a knife from Zoya, originally an Afghani escort named Jamila. Gaitonde and Mathu kill several members of Isa’s gang inside the prison, prompting Parulkar to lock Gaitonde in solitary confinement. Gaitonde goes for weeks without food and water, but eventually receives a call from Guruji, who promises him that he will live. A weakened Gaitonde recalls personally killing his own mother as a child. Gaitonde is soon released from solitary and gets into a second fight with Isa’s men, where he is nearly killed until black-clad figures escort him out of the prison.