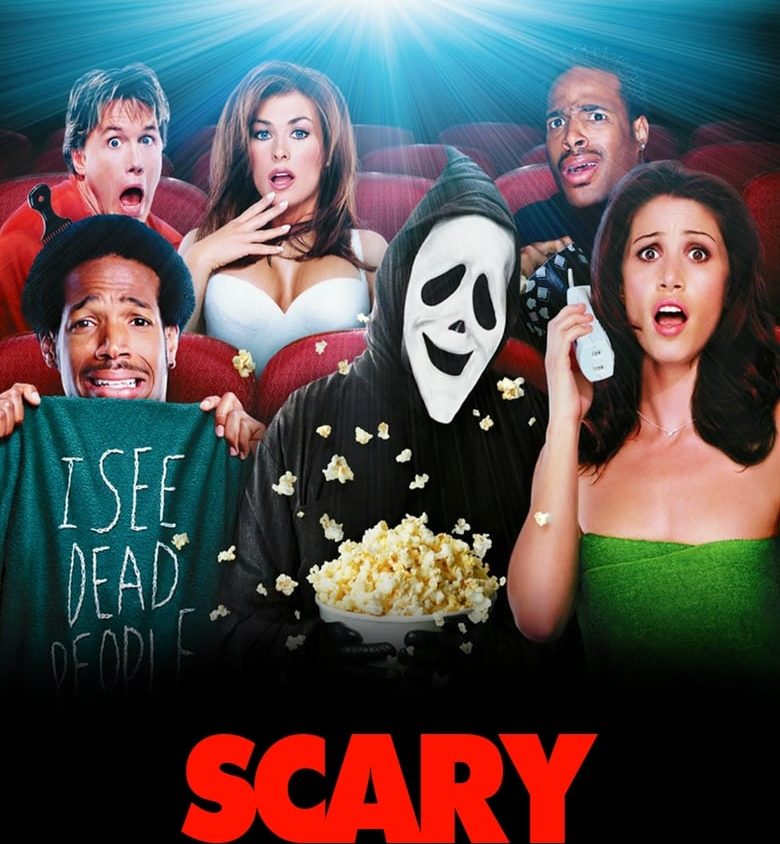 Tagline:No mercy. No shame. No sequel.

During a wild night car ride, a group of young people run over a man. Cindy Campbell, Bobby, Brenda, Ray, Greg and Buffy decide to dump the body of the unfortunate man into the lake and vow not to tell anyone about what happened. But exactly one year after this terrible incident, an unknown person decided to start a terrible game with teenagers. The first to die was the sexy blonde Drew Decker, who, in an attempt to escape from a maniac in a white mask, gets hit by a car. Following Cindy Campbell, someone began to call at night and be silent, and then she receives a note with one line: “I know what you did last Halloween!”. This leads her to the frightening thought that the murders began exactly one year after they committed the crime.
She thinks that the psychopath will not stop until she kills everyone from their company and gathers friends to tell them about it. But adolescents do not trust her words too much and most of all care about that no one knows about their unsightly behavior. Cindy is afraid to be alone at home, fearing an attack by a masked serial killer, and decides to throw a loud party. But this does not help to avoid the danger. Her friends Bobby and Ray declare themselves to be imitators of a maniac and hurt each other. And the killer who appears as if from nowhere completes what he started.

A familiar-looking group of teenagers find themselves being stalked by a more-than-vaguely recognizable masked killer! As the victims begin to pile up and the laughs pile on, none of your favorite scary movies escape the razor-sharp satire of this outrageously funny parody!