A Clockwork Orange
Next Video 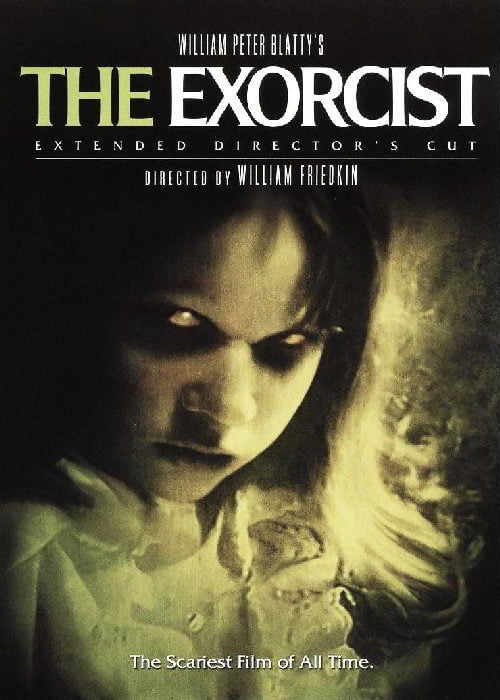 Taglines: Nobody expected it, nobody believed it, and nobody could stop it. The one hope, the only hope: THE EXORCIST.

The events of the movie take place on the territory of the house, in which a fairly successful actress lives, who managed to achieve certain successes in her business. And at the moment she occupies a prominent place in cinema circles. Because of this, she rarely sees her little daughter. However, after the tragedy experienced some time ago, the mother still settled at home to be with her child. And then terrible things begin to happen, which every day become more and more frightening.

The daughter begins to behave strangely, which the mother initially associated with psychological stress. But as events unfold, the daughter’s behavior changed her beyond recognition. Moreover, neither the doctors nor the psychiatrist were able to find the cause of everything that was happening. And now the heroine is increasingly beginning to think about the intervention of otherworldly forces, since she simply has no other explanation for this nightmare. To solve problems, she seeks help from an old acquaintance, who until recently was a priest. But now his faith is undergoing a serious test of strength. That’s just what he will have to face, will force him to resort to a consultation of a much more experienced clergyman.

When a 12-year-old girl is possessed by a mysterious entity, her mother seeks the help of two priests to save her.

Based on The Exorcist by William Peter Blatty.


Lankester Merrin, a veteran Catholic priest who performed an exorcism in the 1950s, is on an archaeological dig in the ancient city of Hatra in Iraq. There he finds an amulet that resembles Pazuzu, a demon of ancient origins with whose history Merrin is familiar.

In Georgetown, actress Chris MacNeil is living on location with her 12-year-old daughter Regan; she is starring in a film about student activism directed by her friend and associate Burke Dennings. After playing with a Ouija board and contacting a supposedly imaginary friend whom she calls Captain Howdy, Regan begins acting strangely, using obscene language, and exhibiting abnormal strength; additionally, there is poltergeist-like activity in the home at night. Chris hosts a party, during which Regan comes downstairs unannounced, tells one of the guests—an astronaut—that he will die “up there” and then urinates on the floor. Later, Regan’s bed begins to shake violently, further adding to her mother’s horror. Chris consults a number of physicians, but Dr. Klein and his associates find nothing physiologically wrong with her daughter, despite Regan undergoing a battery of diagnostic tests.

One night when Chris is out, Burke Dennings is babysitting a heavily sedated Regan. Chris returns to hear that he has died falling out of the window. Although this is assumed to have been an accident given Burke’s history of heavy drinking, his death is investigated by Lieutenant William Kinderman. Kinderman interviews Chris. He also consults psychiatrist Father Damien Karras, a Jesuit priest struggling with his faith, which only worsens after the death of his frail mother.

The doctors, thinking that Regan’s aberrations are mostly psychological in origin, recommend an exorcism be performed, reasoning that believing oneself to be possessed can sometimes be cured by believing that exorcism works as well. Chris arranges a meeting with Karras. After Regan speaks backward, in different voices, and exhibits scars in the form of the words “Help Me” on her stomach, Karras is convinced that Regan is possessed. Believing her soul is in danger, he decides to perform an exorcism. The experienced Merrin is selected for performing the actual exorcism with Karras assisting.

Both priests witness Regan perform a series of bizarre, vulgar acts. They attempt to exorcise the demon, but the stubborn entity, by then claiming to be the Devil himself, toys with them, especially Karras. Karras shows emotional weakness after the demon impersonates his late mother and is dismissed by Merrin, who attempts the exorcism alone. Karras enters the room later and discovers Merrin has died of a heart attack. After failing to revive Merrin, the enraged Karras confronts the mocking, laughing spirit, and wrestles Regan’s body to the ground. At Karras’ invitation, it leaves Regan’s body and possesses Karras. In a moment of self-sacrifice, Karras throws himself out of the window before he can be compelled to harm Regan, fatally tumbling down a set of stone steps and thus defeating the demon. Father Dyer, an old friend of Karras, happens upon the scene and administers the last rites to his friend.

A few days later, Regan, now back to her normal self, prepares to leave for Los Angeles with her mother. Although Regan has no apparent recollection of her possession, she is moved by the sight of Dyer’s clerical collar to kiss him on the cheek. As the car pulls away, Chris tells the driver to stop, and she gives Father Dyer a medallion that belonged to Karras. After they drive off, Dyer pauses at the top of the stone steps before turning and walking away.

Director’s cut ending: In 2000, a version of the film known as the “Version You’ve Never Seen” or the “Extended Director’s Cut” was released. In the ending of this version, when Chris gives Karras’s medallion to Dyer, Dyer places it back in her hand and suggests that she keep it. After she and Regan drive away, Dyer pauses at the top of the stone steps before walking away and coming across Kinderman, who narrowly missed Chris and Regan’s departure; Kinderman and Dyer begin to develop a friendship.