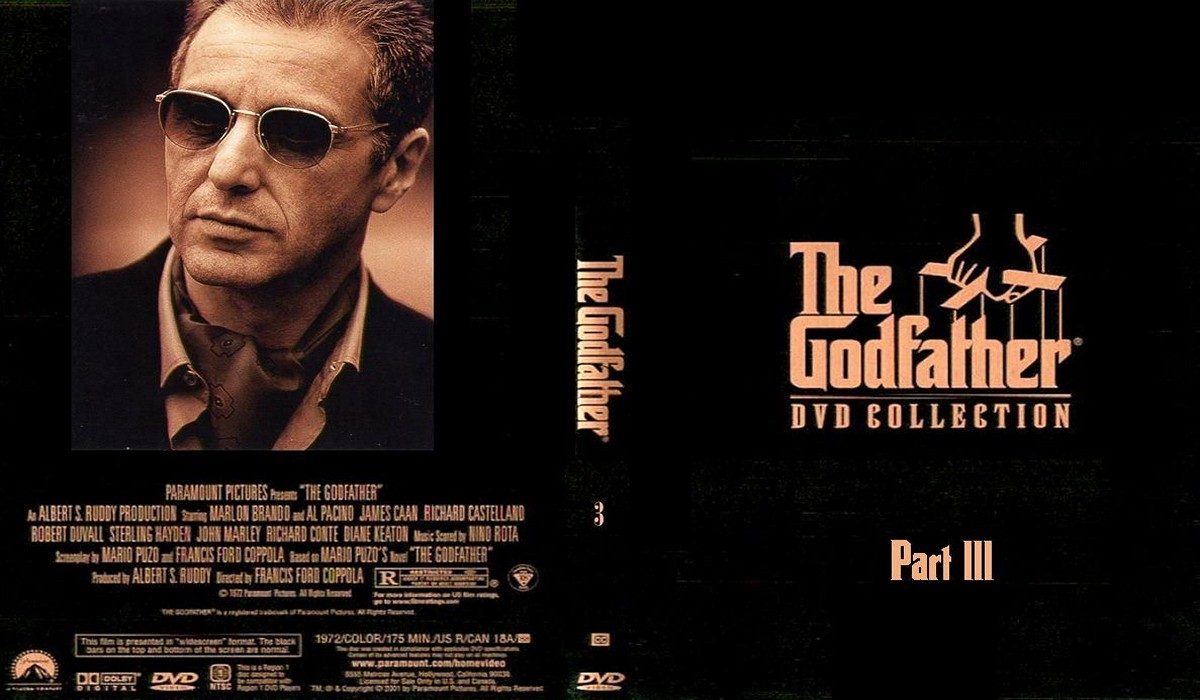 The final installment of The Godfather saga recalls its predecessors’ power when it’s strictly business, but underwhelming performances and confused tonality brings less closure to the Corleone story.

In the final installment of the Godfather Trilogy, an aging Don Michael Corleone seeks to legitimize his crime family’s interests and remove himself from the violent underworld but is kept back by the ambitions of the young. While he attempts to link the Corleone’s finances with the Vatican, Michael must deal with the machinations of a hungrier gangster seeking to upset the existing Mafioso order and a young protege’s love affair with his daughter.

After a break of more than 15 years, director Francis Ford Coppola and writer Mario Puzo returned to the well for this third and final story of the fictional Corleone crime family. Two decades have passed, and crime kingpin Michael Corleone (Al Pacino), now divorced from his wife Kay (Diane Keaton), has nearly succeeded in keeping his promise that his family would one day be “completely legitimate.” A philanthropist devoted to public service, Michael is in the news as the recipient of a special award from the Pope for his good works, a controversial move given his checkered past. Determined to buy redemption, Michael and his lawyer B.J. (George Hamilton) are working on a complicated but legal deal to bail the Vatican out of looming financial troubles that will ultimately reap billions and put Michael on the world stage as a major financial player. However, trouble looms in several forms: The press is hostile to his intentions. Michael is in failing health and suffers a mild diabetic stroke. Stylish mob underling Joey Zaza (Joe Mantegna) is muscling into the Corleone turf. “The Commission” of Mafia families, represented by patriarch Altobello (Eli Wallach) doesn’t want to let their cash cow Corleone out of the Mafia, though he has made a generous financial offer in exchange for his release from la cosa nostra. And then there’s Vincent Mancini (Andy Garcia), the illegitimate and equally temperamental son of Michael’s long-dead brother Sonny. Vincent desperately wants in to the family (both literally and figuratively), and at the urging of his sister Connie (Talia Shire), Michael welcomes the young man and allows him to adopt the Corleone name. However, a flirtatious attraction between Vincent and his cousin, Michael’s naïve daughter Mary (Sofia Coppola) develops, and threatens to develop into a full-fledged romance and undo the godfather’s future plans.