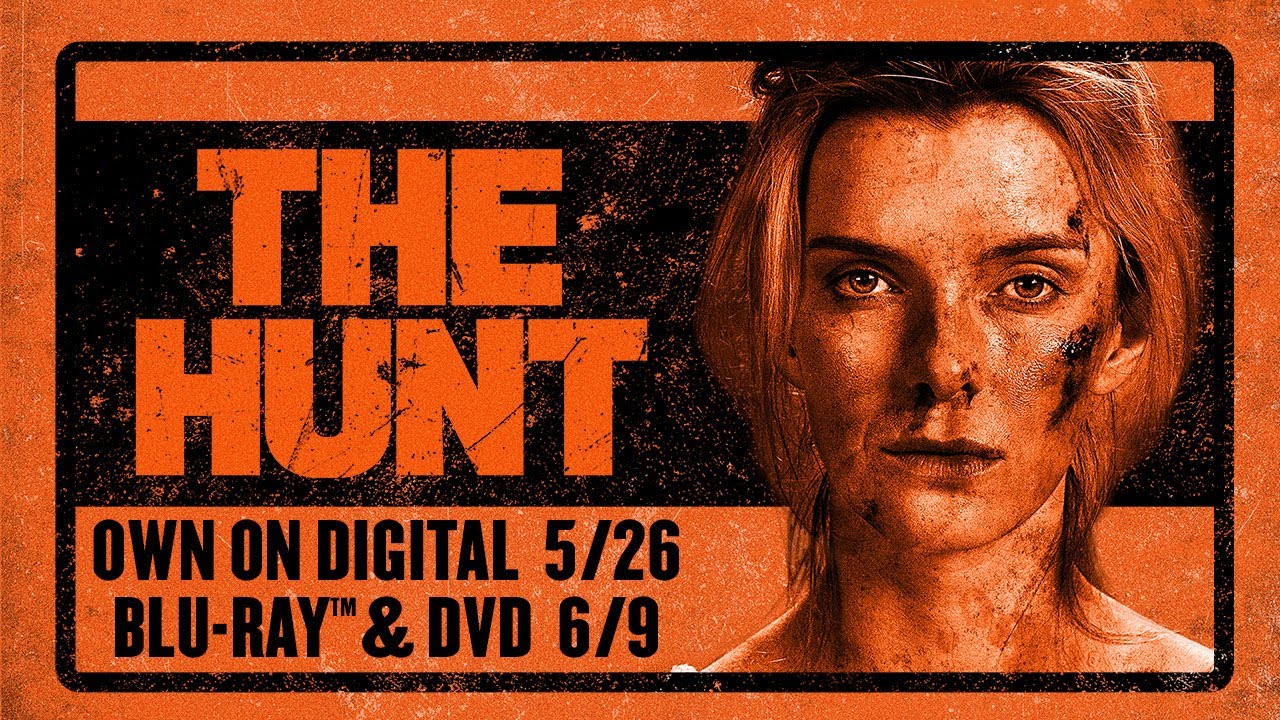 Taglines: The Most Talked About Movie of the Year is One That No One’s Actually Seen.

“Twelve strangers wake up in a clearing. They don’t know where they are — or how they got there. In the shadow of a dark internet conspiracy theory, ruthless elitists gather at a remote location to hunt humans for sport. But their master plan is about to be derailed when one of the hunted, Crystal, turns the tables on her pursuers.


In a group text, Athena Stone celebrates an upcoming hunt of “deplorables”. Later, on her private jet, she kills a man who staggers out from the cargo hold.

Eleven captives wake up gagged, in a forest, for the hunt. In a clearing, they find a cache of weapons and keys to their gags, but upon retrieving them, five are killed by an unseen enemy, three escape over a barbed-wire fence to a service station. The station’s owners, an elderly couple consisting of Miranda “Ma” and Julius “Pop”, identify their location as a point on Route 31 near Elaine, Arkansas. The three escapees, each kidnapped from a different part of the United States, realize their situation’s similarity to the conspiracy theory “Manorgate”. One of the three eats a poisoned donut and collapses, while Ma and Pop (who are amongst the captors’ ranks) kill the rest with poison gas. They then clean up the station for the next person to come in.

A fourth captive, Afghanistan veteran Crystal Creasey, arrives. Asking for cigarettes and their location, she makes conversation with Ma and Pop, and the latter get nervous. Crystal then attacks and kills the couple with a sawed-off shotgun the couple had under the counter; she reveals that the cigarettes were too expensive for Arkansas. Inspecting the pickup truck outside, she finds a Croatian licence plate underneath a fake Arkansas plate, and a booby-trap wired to the driver’s door. She later encounters another captive; a conspiracy theorist podcaster named Gary, and warns him from taking the truck. They board a train car full of refugees, whom Gary believes to be crisis actors; the train is then raided by Croatian soldiers. When Gary tries to convince the soldiers of Manorgate and the refugees’ perfidy, a refugee, “Crisis Mike” admits to Gary that he and only he is an actor, but says the raid was not planned for, and offers a head start for Gary’s cooperation. Gary uses a grenade the actor had hidden to kill him, and Crystal is taken to a refugee camp.

Crystal meets another escaped prisoner named Don at the camp, and Oliver, an envoy from the U.S. Embassy in Zagreb, arrives to take them to the embassy. On the drive there, Oliver probes into why they were selected for the hunt; suspicious, Crystal kicks Oliver out of the car and runs him over. She and Don find Gary’s body in the trunk with a box marked “bribe money” and a map. Crystal tells Don the story of “the Jackrabbit and the Box Turtle,” a version of The Tortoise and the Hare in which the Jackrabbit kills the Box Turtle after losing. At the envoy’s intended destination (which is shown to be close to where the captives originally found the weapons cache and were subsequently killed), Crystal kills the hunters she finds and wounds their consultant Sgt. Dale. Athena calls out to Don via radio, asking if he killed Crystal. When Don refuses to disarm, Crystal kills him. Crystal tortures the wounded Sgt. Dale to get Athena’s location and after telling him that she fought in Afghanistan, kills him.

A flashback reveals that Athena’s group text exchange was a joke. However, it was leaked on the internet, creating furor over “Manorgate”. Subsequently, the group text’s participants, whose lives were all ruined, decide to make Manorgate come true. They abducted people who shared and produced materials relating to Manorgate. Athena is personally offended by a social media post Crystal had made about her, and insists on her inclusion, nicknaming her “Snowball”.

When Crystal confronts Athena, Athena mocks Crystal’s personal history. Crystal tells Athena that she’s confused her for another Crystal from the same town as her, but her middle name is spelled May, rather than Mae. Crystal and Athena get into a fight, impaling one another on the two blades of a food processor; Athena dies, but Crystal gets a second wind upon seeing a jackrabbit appear near Athena’s body. She fixes herself up, takes Athena’s dog, and leaves on her jet.