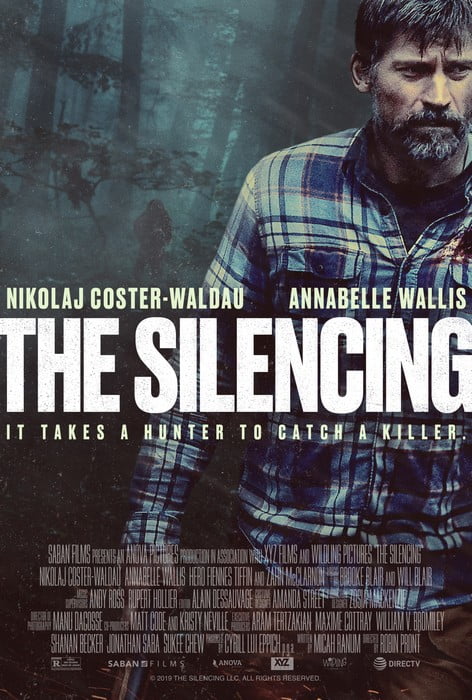 In the center of the plot is a lonely man who has experienced terrible grief. Several years ago, an unknown kidnapped his daughter and brutally killed her. The man hoped that the murderer of his daughter would be punished for the crime, but the police could not find the culprit. Having lost a loved one, he decided to give up everything and become a hermit … For several years a man has been living alone in the depths of the forest with a heavy heart.

One day he learns that on the banks of the river, the police found the body of a murdered girl. The serene life of the hermit forester is disrupted, as his duty is to assist the sheriff in the investigation. Another murder soon occurs. The handwriting of the crimes reminds the forester of how his daughter was killed. At this moment, he decides to do everything in his power to catch the killer.

A reformed hunter becomes involved in a deadly game of cat and mouse when he and the local sheriff set out to track a vicious killer who may have kidnapped his daughter years ago.


Rayburn Swanson ( Nikolaj Coster-Waldau) is the owner of Gwen Swanson sanctuary, Gwen is his daughter who is missing for 5 years from his car after he went to buy some alcohol and now is separated from his wife and she now is with his friend Karl who works for the police. Every day he goes out to put up missing posters of his daughter. Alice Gustafson (Annabelle Wallis) is the recently elected sheriff of the county, her brother being a drug addict gets into trouble every time and is always being saved by Alice.

Alice is informed of a possible homicide near the Lake, when Rayburn comes to know about it he immediately goes to the hospital to see the body, but it is not of his daughter. Alice finds a broken arrow in the tree, investigating it she comes to know it is of an old kind called atlatl which is rarely used, also the arrow has a mark in it with the initials MB in it and the girl has a mark on his neck. Meanwhile, Rayburn in his cabin notices a man wearing a camouflage breaking his camera down, he goes to the location to find the man but he gets attacked by the same man and gets injured. Somehow he gets up goes back and notices a black truck in the forest, he marks it. Later he notices a girl running and being hunted by the same man wearing camouflage.

Alice continues to investigate the atlatl and comes to know about a guy who makes it named Sam Moonblood, goes to find him in his house but can’t find him. Meanwhile, Karl tells Alice about a girl who is missing after a fight with her mom, he suspects her brother Brooks as he got into a fight with her last time she was seen. On the other hand, Rayburn gets in his truck to help a girl named Molly and finds her, keeps her safe in now abandoned animal trap during the night and In the morning he takes her to his cabin safely but the killer was already in-cabin attacks both of them injuring Rayburn and stabbing the girl with an arrow, fortunately, Alice comes to visit Rayburn finds the cabin in bad shape. She notices the girl stabbed and suspects that it was Rayburn who is the killer but Rayburn points her to the killer standing behind her, but she misidentifies him as her brother brooks, so in order to save him she shoots Rayburn and lets the killer leave. She later goes to find Rayburn but gets caught up in the trap set by Rayburn and Rayburn calls the emergency and escapes to his friend Karl and ex-wife and tells them about the incident, they help him get treated by Dr. Boone so as to keep him away from police. Karl sees Brooks and calls in for back-up and arrests him. During the investigation, he tells police that he abducted Sam Moonblood in the abandoned factory and was not there at the time of the cabin incident. Alice is put on leave during the investigation. He visits the girl in the hospital who is now safe, find the same mark on her neck as well, and goes to the nurse to meet the doctor who is not present.

Rayburn remembering his daughter, goes to the bar but this time he regrets that due to his alcohol problem his daughter got kidnapped, he leaves but notices the similar black truck found in the forest, he follows it and he sees the mark and finds that the neighbor of the truck owner uses it sometimes, he breaks into his home and finds weapons and clothes that the man was wearing. He also sees the missing posters of all the girls including her daughter in the house and finds an unconscious girl in a surgical room with the neck open from the front. Meanwhile, Alice goes into the doctor’s office to find the autopsy report of the dead girl found beside the lake, But she notices the photo of the doctor with his daughter who died after being hit by a car and was wearing a necklace with MB initials on it, confirming her that Dr. Boone is the killer. she immediately goes with her team to raid Dr. Boone’s home but was not there. Dr. Boone takes Rayburn to his own forest and tells him to run while he hunts. Alice goes to Rayburn’s cabin finds it empty but sees him being hunted by Dr. Boone. Rayburn overpowers him and confronts him and he tells him that he kills only the ones whom people forget. Alice also reaches the place and tells Rayburn to stop, but he does not stop and throws him into one of his animal traps which kills Dr. Boone.

Later, Gwen’s funeral is conducted and Molly also attends it, giving Rayburn closure. Alice gets reinstated and she with authorities breaks down the abandoned mill which has got a lot of bad memories for her brother. She gets in his car which is giving the news that the suspected killer is still not caught and his colleague tells her we will catch him and responding positively drives away.