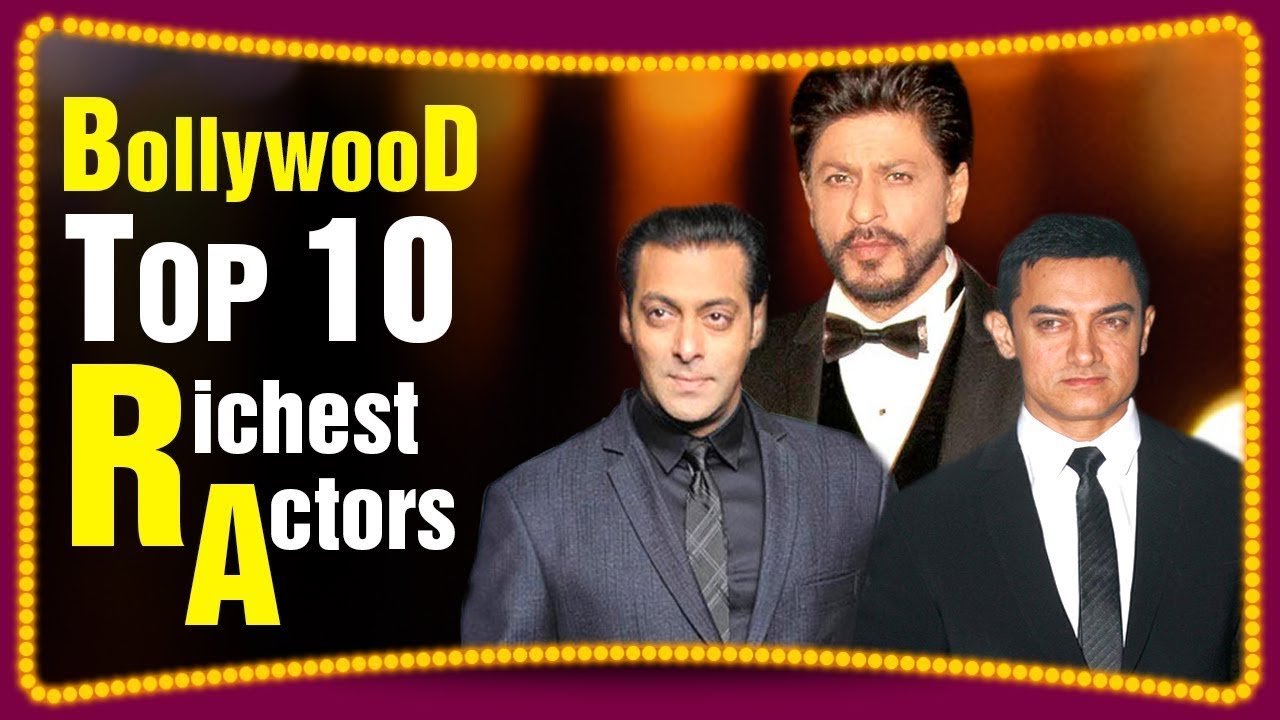 Hindi cinema, referred to as Bollywood is the largest film industry in the world. Talented actors who make it big in Bollywood, work in a lot of movies every year. However, it is hard to find out which actor earns how much. Besides movies, the brand value of these actors increases with brand endorsements, concerts, TV shows, and movie profits thus contributing to their net worth. Out of the new and old actors, we look at the richest Bollywood actors of 2020:

Source: Known for his dancing skill, Hrithik Roshan is one of the highest paid actors of Bollywood. Hrithik has received several awards, including 6 Filmfare awards. This year he has been rated the most handsome man in the world by Elle magazine, beating Hollywood superstar Brad Pitt. Besides movies, Hrithik has been involved with TV, several brand endorsements and has also launched his own clothing line. With endorsement deals with brands like Coca Cola and Hero Honda, his estimated net worth is around $45 million dollars.

Source: Besides numerous Hindi movies, Irrfan Khan has appeared in a number of British and Hollywood films. He has won several awards including 3 Filmfare awards and has been honored by the national film award. In 2011, Irrfan was awarded the Padma Shri award, which is India’s 4th highest civilian award. Even after being extremely successful in
Bollywood, Irrfan continued acting in TV shows and is associated with brands like Ceat India, Syska LED etc. His net worth is around $50 million.

Source: John Abraham is a Hindi film producer, actor and a former model. He has accumulated lots of wealth from acting as well as production. He has a production center for advertisements and films. He has great looks and physique, making him the brand ambassador for several brands. He is one of the highest paid film-makers and boasts of a huge empire in the state of Kerala.

Source: Born in the Kapoor family of the Indian film industry, Ranbir Kapoor has acting skills running in his genes and is one of the most successful actors in Bollywood. He has a huge fan following in India and overseas. His hip personality and cool attitude have made him the face of the younger generation and he endorses several brands like Pepsi, Lenovo, Nissan etc. His latest movie “Sanju” has collected over Rs.500 crore worldwide. His estimated net worth is around $66 million, which includes luxury cars and properties in Mumbai and other cities in India.

Source: Dharmendra is an actor, producer and politician who has been working in the Indian film industry since 1960. He was one of the main lead in Bollywood’s biggest blockbuster “Sholay”. He is a versatile actor who has acted in movies of various genres with ease and a huge success. He has several properties in Mumbai and Punjab. He has amassed a net worth of around $70 million.

Source: Born Rajiv Bhatia, Akshay Kumar, as he is best known as a martial artist. Besides action movies, he has worked in most genres which includes comedy, drama, and romance. He has also been a part of several TV shows which include Masterchef India, Fear Factor India, The Great Indian Laughter Challenge etc. Besides movies and television, Akshay endorses several brands. He is one of the highest paid celebrities of India. Akshay owns several
properties in India, Canada and Mauritius. His net worth is estimated to be $180 million.

Source: Aamir Khan is one of the most incredible actors of Bollywood. Besides being an actor, Aamir is also a producer, director and TV show host. Aamir is also famous for the marketing skills he uses to promote his movies. He is the recipient of many awards including the Padma Shri and Padma Bhushan. He films lesser movies than most Bollywood superstars and does not endorse any products. Yet his estimated net worth is $185 million which comes mainly from profit cuts of his movies.

Source: Salman Khan is a very popular Hindi movie star and a Television personality who has a huge fan following with Indians living around the world. At one point, Salman acted only in 7 films over a period of 9 years and all the 7 movies were the highest grosser of that year. Such is his popularity. He runs the Being Human foundation which works for personal care and education. There are Being Human stores in over 15 countries. Salman owns several
properties, luxury cars, and bikes. He also endorses brands like Suzuki, Emami etc to name a few.

Source: Amitabh Bachchan is one of the most prominent and influential film stars of India. He is an actor and TV host. He has been hosting Kaun Banega Crorepati, the Indian version of Who wants to be a Millionaire? Amitabh Bachchan and his family own several properties and luxury cars, a private jet and have investments in many businesses. Amitabh also owns a luxury pad in Paris. He has acted in many blockbuster movies like Sholay, Zanjeer, Silsila, Don to name just a few. He has won several awards including the Padma Shri and Padma Bhushan and has been using his success to promote several philanthropic causes.

Source: Best known as “King Khan” or “The King of Bollywood”, Shahrukh has won 14 Filmfare awards and the Padma Shri. Besides being an actor, Shahrukh is a TV presenter, stage performer, and an activist. He owns production companies Red Chillies Entertainment and Dreamz Unlimited. He also co-owns the Indian Premier League (IPL) cricket team Kolkata Knight Riders. He owns several properties and luxury cars in India and abroad. Shahrukh is
the brand ambassador for companies like Pepsi, Airtel, Hyundai, Videocon to name a few. His net worth is estimated to be around $600 million making him the richest Bollywood actor of 2020.