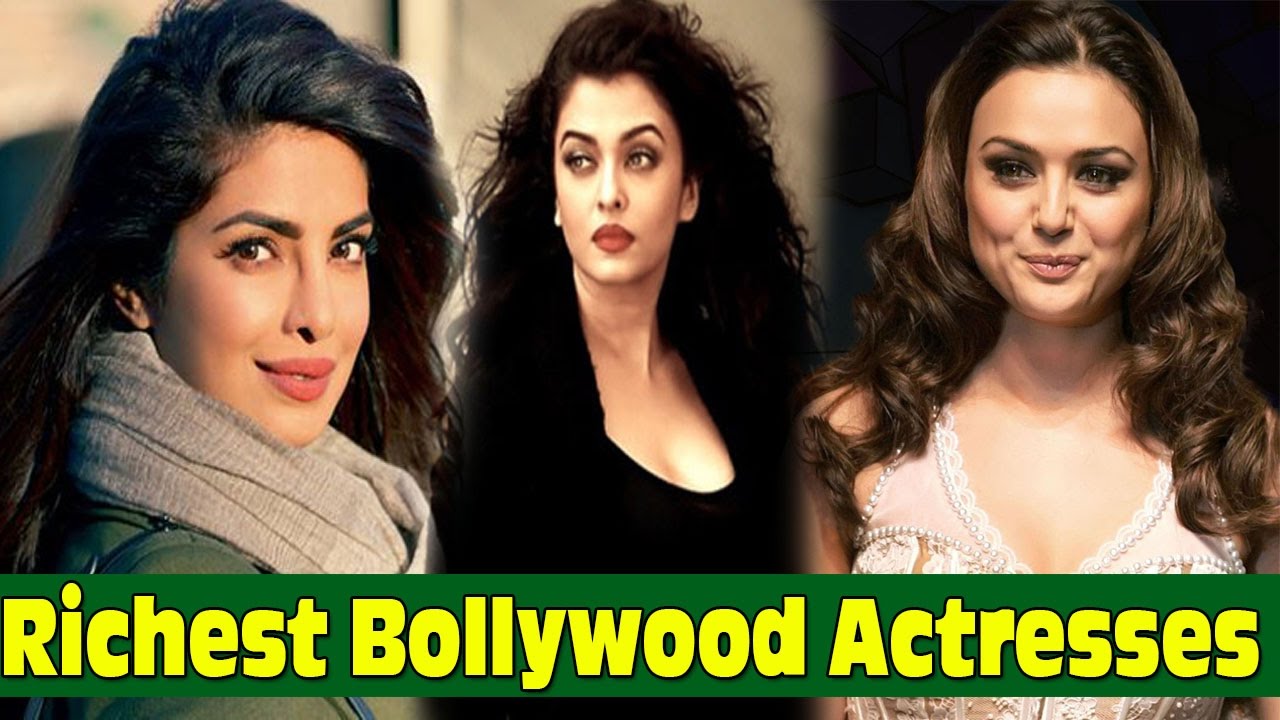 SourceComing up from south Indian movies, Tapsee has become a Bollywood sensation with only a handful of films under her belt. Her selection of movies has been incredible and this made her earn a whopping net worth of $ 5 million. The 31-years-old actress charges 70 lakhs to 1 crore per movie. She has been appreciated for her work in Baby, Naam Shabana, and her recent film Mulk.

SourceOne of the peppiest Bollywood actresses, Alia Bhat has established herself as a talented actress in 2020. Her blockbuster movie Raazi demolished all the allegations of nepotism against her and acclaimed that she knew how to act, magnificently. She also is one of the richest actresses in Bollywood with a net worth of $6.5 Million. She is currently dating Varun Dhawan and the couple can be spotted together every now and then.

SourceShruti made her acting debut in the year 2009, and within a short span of time, she has swelled up her net worth. She started with Telugu and Tamil movies and later ventured into Bollywood. Born to star parents Kamal Hassan and Sarika, Shruti Hassan has proved her mettle in Bollywood and today is one of the richest Bollywood celebrity. Besides acting, Shruti Hassan has also sung a number of songs and is an established singer.

SourceKangana Ranaut is one of the boldest and most talented Indian actresses who is known for her upfront attitude. Her fame grew with the movies like Tanu Weds Manu, Queen and Tanu Weds Manu Returns. She believes in equal pay of actors and actresses and charges a whopping Rs 11 Crore per film.

SourceSonakshi Sinha debuted in the Bollywood film industry with Salman Khan starrer Dabbang. It was a super hit blockbuster. Right from the beginning, she was able to make a name for herself and offers started to flood her way. She is among the better-talented actresses in the industry and is a very good dancer as well. She charges around Rs 4-6 crore per movie.

SourceSonam Kapoor entered the industry in 2007 with the movie Saawariya and has been able to carve a niche for herself ever since. Though it was not a major hit in her career, in 2016, her movie Neerja earned her a National award. She is known as the Fashion Diva in the Bollywood industry and has worked hard to achieve that title. She charges between Rs 2 crore and Rs 3 crore per movie.

SourceAnushka Sharma made her debut under the Yash Raj banner with Rab ne Bana Di Jodi, alongside Shah Rukh Khan. Ever since then, she has come a long way and has given many hits in the course of her career. In 2014, she started her own production house, Clean Slate Films. Her first production film was NH 10, which was a big hit. Her second production film, Phillauri also got many good reviews. Anushka Sharma’s charge per movie varies between Rs 7 Crore and Rs 9 Crore.

SourceVidya Balan was the one who broke the trend of size zero and she was idealized by many females. She started her acting career through a popular family TV show, Hum Paanch. She debuted in Bollywood with Parineeta. While the Munnabhai films may have given her noteworthy roles, it was The Dirty Picture which changed her life. Vidya Balan married producer Siddhartha Roy Kapoor and is always seen in her ethnic avatar. Her upcoming film Begum Jaan looks much promising with Vidya playing a meaty role and uttering some bold dialogues.

SourceKnown for her sweet dimple, Preity Zinta came into the industry with a TV advertisement for Perks. She debuted in movies with Dil Se, but her first big hit was Soldier in the year 1999. She then featured in some of the top grossing films like Kal Ho Na Ho, Koi Mil Gya, Veer Zara, to name a few. While she may not be seen as much in movies nowadays, she is still one of the richest actresses in Bollywood due to her various investments over the years and endorsements. She also co-owns an IPL team, Kings XI Punjab.

SourceOne of the most desirable women on Earth, Aishwarya Rai Bachchan became the Miss World back in 1994. She entered the films with South Indian film Iruvar and entered Bollywood with the movie Jeans. She got her recognition with the movie Aur Pyaar Ho Gya, however. She has had a very successful career with movies like Devdas, Dhoom 2, Hum Dil De Chuke Sanam, Jodha Akbar, and many more. She made her comeback with the film Jazba but the role that created the most buzz was her role as Saba in the movie Ae Dil Hai Mushkil.

3. Kareena Kapoor Khan (Between $10 Million And $15 Million and the $2 Billion property of Husband)

SourceOne of the most dedicated actresses in the industry, Kareena Kapoor Khan has always believed in living life on her own terms. She debuted in Bollywood with the movie Refugee but came into the limelight with her size zero figure in the movie Tashan. Her hit movies include Kabhi Khushi Kabbhi Gum, Bajrangi Bhaijaan, Chameli, Jab We Met, and many more. She did not let anything come in the way of her career. Even when she was pregnant, she was working till her last few days of giving birth to Taimur Ali Khan and after a few days of the birth, she underwent thorough professional training for weight loss and even had a dance performance in Zee Cine awards, breaking the stereotype of maternity break. She charges around Rs 9 Crore per film.

SourceShe is an Indian actress and singer and is known worldwide because of her international projects in the last couple of years. Priyanka Chopra is considered among the Highest paid TV actresses in the world because of her lead role in the TV show Quantico with ABC Network. She also starred in the Hollywood film Baywatch, which increased her brand value. Her source of income is majorly from her acting in movies and the TV series and also the subsequent endorsements that contribute to her net worth. She has emerged to be a producer of a regional Marathi movie. She charges Rs 12 Crore per movie and her endorsement fee is around Rs 5 Crore.

SourceThe Mastani of India, Deepika Padukone has had a very star worthy career in Bollywood. She debuted opposite Shah Rukh Khan in 2007 in the movie Om Shanti Om. She was the only actress who could gross more than Rs 600 crore in a year, having 4 hits in a single year with Chennai Express, Yeh Jawaani Hai Deewani, Ram Leela, and Race 2. Her brand value increased when she got to work as a lead actress in Hollywood film XXX with Vin Diesel which was declared an instant hit. Her most recent project, Padmaavat, has also become a Bollywood blockbuster even though it faced many problems and controversies. She charges around Rs 15 crore per movie and her brand endorsements come to Rs 8 crore. She owns a lavish house in Mumbai which costs around Rs 6 crore.