Monty Python and the Holy Grail
Next Video 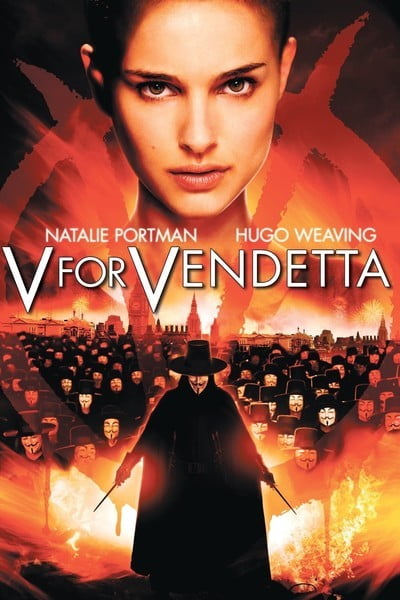 Taglines: An uncompromising vision of the future from the creators of ‘The Matrix’ trilogy

The action of the movie takes place in an alternative reality.In the UK, an alternative variant has erupted in a terrible epidemic of an unknown virus. This epidemic has claimed the lives of thousands of people. The United States, despite its former power, has lost dominance over the entire globe. Now the United States is mired in an endless, long and bloody civil war, which has been going on for almost a decade. At this time, Britain is gaining more and more power in the world. In England, a totalitarian regime is established. Chancellor with dictatorial views becomes the head of state. He is turning Britain into a real dystopian state.

At this time, a young man began to appear on the streets of London, whose face was covered with a mask very similar to the mask of Guy Fawkes. On the man’s cloak – the letter “V”, which begins to frighten more and more ordinary residents of the city. Despite the fact that the residents of the city are afraid of him, he is trying to impress upon them that their fear is unfounded. He is fighting for the freedom that the people of Great Britain must return. He is soon joined by a young girl named Ivy Hammot. Together, the heroes fight for the freedom of thought, word and action, wanting to overthrow the dictatorship in their country.

In a future British tyranny, a shadowy freedom fighter, known only by the alias of “V”, plots to overthrow it with the help of a young woman.

In the year 1998 , Evey Hammond is an average citizen of the United Kingdom, which is under the rule of the fascist and tyrannical Norsefire Party. She is an employee of the state-run British Television Network, but soon, she becomes the number one enemy of the state together with an enigmatic and larger-than-life freedom fighter known only by the letter “V”. V informs Evey that she must hide in his underground lair for at least one year, and while she is reluctant to the idea at first, a bond soon forms between the two individuals. In the meanwhile, the mysterious past of V is gradually revealed to the police inspector tasked with capturing him, Eric Finch, and it is not long until he starts questioning everything his government stands for.

Based on V for Vendetta by David Lloyd Alan Moore

Also Known As: V for Vendetta: The IMAX Experience