Valley Of The Wolves: Palestine 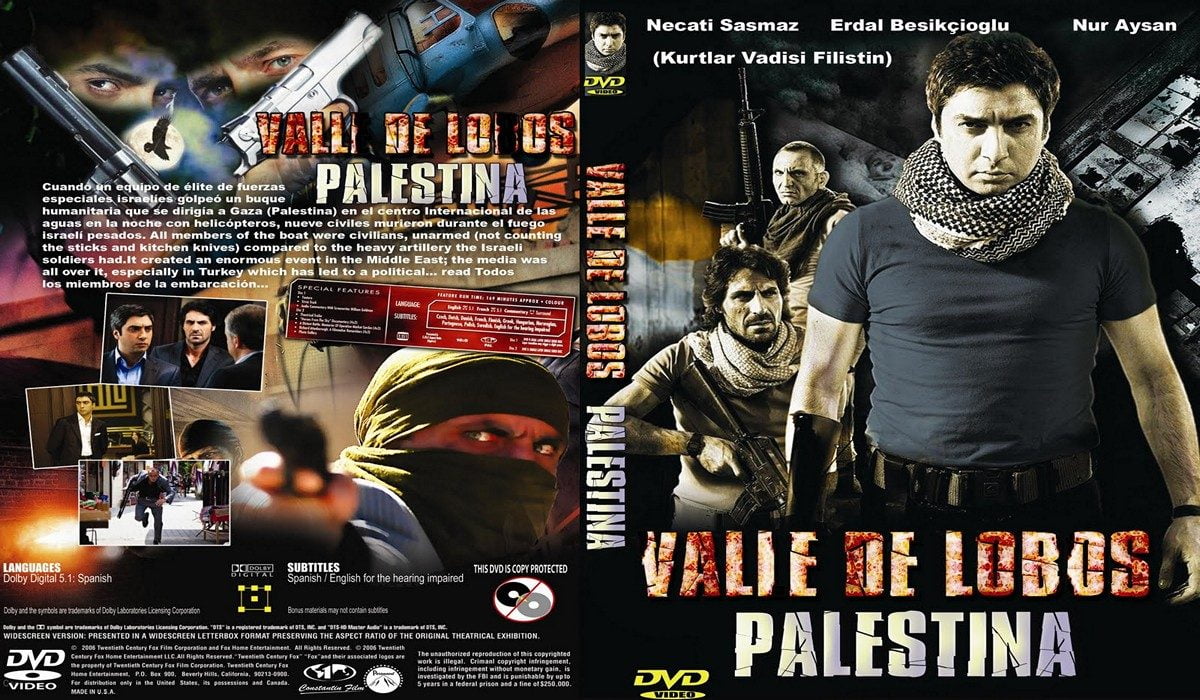 Polat Alemdar and his men comprise a Turkish commando team are going to Palestine to get revenge of the aid workers who were killed by israeli commandos in the Flotilla bound to Gaza. They go on to hunt for the Israeli-zionist military commander responsible for the Gaza flotilla raid.

Polat Alemdar makes his investigation in Palestine and he becomes near to achieve his aim step by step. However, they face with unexpected events. The Israeli general, at the target of Polat Alemdar, Mosche Ben Eliezer, makes it difficult with his atrocity and technologic possibilities in Palestine

The movie will tell the dramatic stories of Palestinian people. While Polat tries to reach Mosche, he will see how innocent people die in Palestine. Mosche burns villages, kills children and has everyone, who help Polat, put in jail.

With the movie Valley of the Wolves Palestine, the attention of the whole world will be on Palestine, where people are facing with one of the biggest humanity crisis.

Valley of the Wolves: Palestine (Turkish: Kurtlar Vadisi: Filistin) is a 2011 Turkish action film directed by Zübeyr Şaşmaz and starring Necati Şaşmaz, Nur Fettahoğlu and Erdal Beşikçioğlu. The story revolves around a Turkish commando team which goes to Israel on a rampage of revenge to track down the Israeli military commander responsible for the Gaza flotilla raid. It is part of the Valley of the Wolves media franchise, based on the Turkish television series of the same name, and a sequel to Valley of the Wolves: Iraq (2006) and Valley of the Wolves: Gladio (2008).

The film, which went on nationwide general release across Turkey on 28 January 2011, was at the time the most expensive Turkish films ever made.

Valley of the Wolves: Palestine was criticized for being anti-Israeli and inflammatory.

Watch Valley Of The Wolves: Palestine Movie With English Subtitles