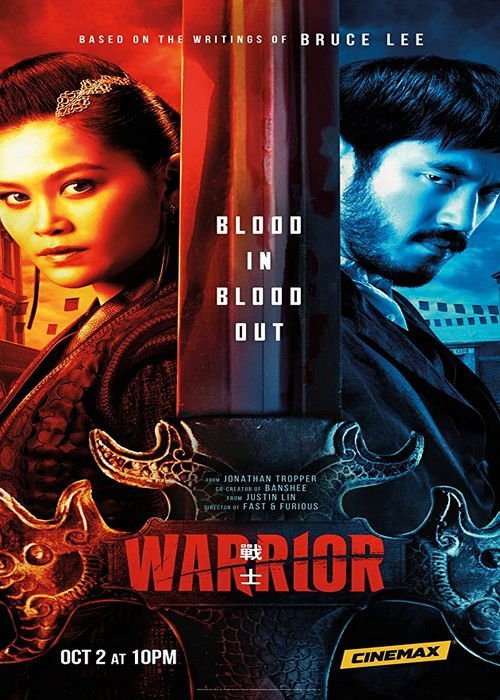 After laying waste to the entire Fung Hai Tong, Hong tells tales of a mythological warrior to Young Jun & Ah Sahm as they eat. Buckley is haunted by his civil war experience as he is awakened by San Francisco police. Chief Flanagan & Buckley examine the carnage at the Blake residence. The Chief questions a stunned Penny & Sophie of what occurred the night the Blake was killed. Buckley & Flanagan connect Jacob to the Mayor’s murder, and issue a complete manhunt in Chinatown for Penny’s servant. The Hop Wei claim the Fung Hai headquarters to provoke Mai Ling. Young Jun and Ah Sahm realize that there will be no retaliation as mandated by the Six Companies. Young Jun seeks his father’s approval for his conquest. Lee accuses Bill of planting evidence and the two officers come to blows. Leary faces backlash from the Irish union workers. Buckley is sworn in as Mayor of San Francisco. Penny & Sophie attend Mayor Blake’s wake. The lock down of Chinatown and search for Jacob begins as a curfew is imposed. Buckley brushes off Leary’s suggestion of deputizing the Irish work force. Bill crosses paths with Ah Sahm. Mai Ling attempts to renegotiate her agreement with Buckley. Nellie sneaks into Chinatown to visit Ah Toy. “The Butchers” hired by Patterson attack Nellie and Ah Toy. Bill saves Chao from being roughed up by a fellow cop. A badly beaten Ah Toy visits Patterson’s home and gets him to relinquish all his rights to her land titles, and warns him with the heads of his hitmen, that he and his family are dead if she ever sees him again. Jacob begs Chao for help.

[Cinemax] HD. ‘All Enemies, Foreign and Domestic.’ (Season 2) In search of a killer, the police shut down Chinatown. Buckley steps into a new role.