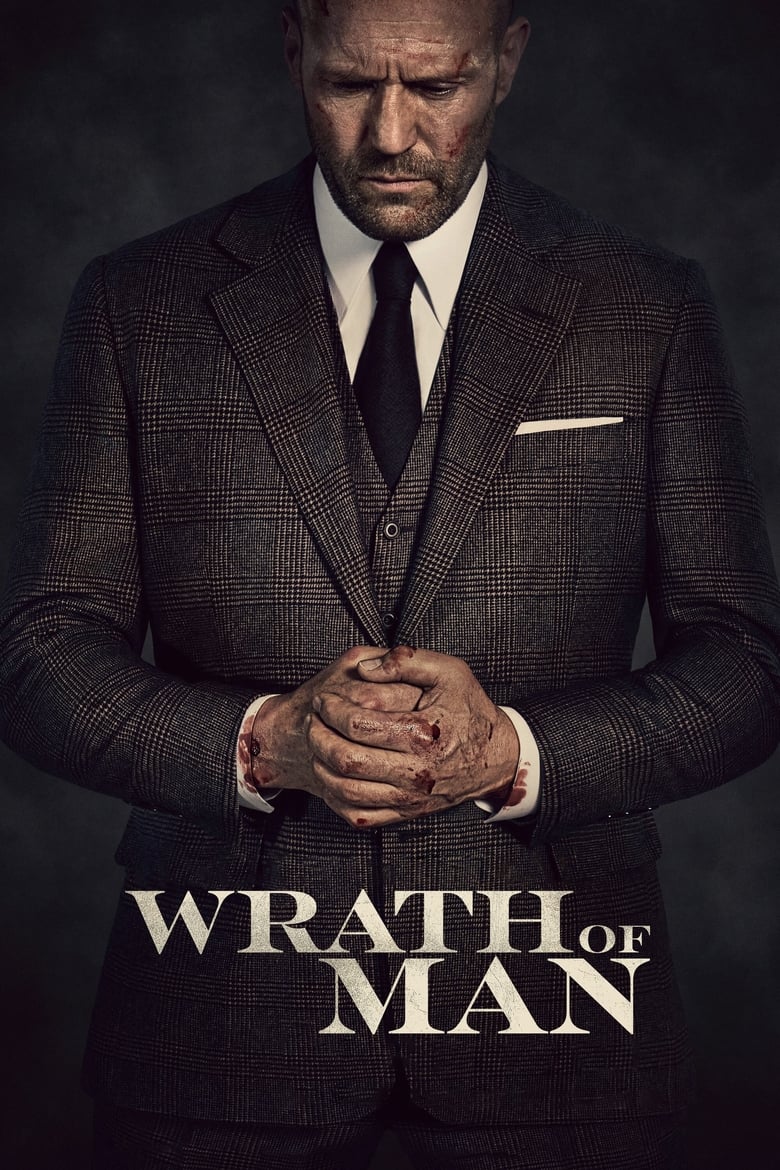 Based on Cash Truck by Nicolas Boukhrief!

H is a cold and mysterious character working at a cash truck company responsible for moving hundreds of millions of dollars around Los Angeles each week.

Patrick Hill begins work at Fortico Security, an armored truck company. After being commended by the superior Terry for his references, he is introduced to Bullet, who nicknames him “H” and oversees his training. H gets off to a rocky start with his colleagues, particularly Boy Sweat Dave, over his mysterious nature. One day, Bullet is taken hostage during a drop and the kidnappers demand the $2 million in their truck. When H and Dave meet the kidnappers, H easily dispatches them with expert marksmanship. During a later attack on H’s truck, he steps out when the truck is flooded with tear gas, at which point the robbers retreat on seeing him. H later sleeps with co-worker Dana Curtis and holds her at gunpoint to inquire her about a private cash stash he finds. She claims she stole money once from a liquor store for retirement savings, but insists it was the only time. H spares her life, but threatens further repercussions if he learns she is withholding further information.

Five months earlier, H is out with his son Dougie when he gets a call asking him to help with the recon of an armored truck for a robbery and reluctantly agrees. H stops on the other side of the bridge from the armored truck depot, and asks Dougie to wait in the car while he goes to a food truck by the depot. He calls to reveal the location of the truck as he gets food, but as the truck goes under the bridge, it is attacked by a different group of thieves dressed as construction workers, who kill the guards as well as Dougie for being a witness. When H runs toward them, he is gunned down as well, but survives. H is then revealed to be Heargraves, the boss of a crime syndicate; the syndicate’s members were the men who made the second attack on H’s truck. After Dougie’s mother holds Heargraves responsible for Dougie’s death and leaves, Heargraves demands to find the men responsible. After exhausting a list of suspects, and coming up with no possible leads, Heargraves’ associate suggests that the robbery was an inside job. Heargraves says he will fly back to London to clear his mind, but actually arranges a contact to provide him with the forged identity of Patrick Hill, as well as the autopsy report of Dougie’s death.

The thieves of the construction job are a former military platoon, commanded by Jackson, and the man who killed the guards and Dougie is revealed as Jan. Struggling to make ends meet, the group decides to start stealing money in increasingly ambitious heists planned in great detail by Jackson and Tom, while maintaining the façade of normal lives with families, except for Jan. They first attempt to steal from a wealthy man for whom their fellow ex-soldier Carlos works as security, but come up with only a few hundred thousand dollars. They then resolve to utilize contacts in armored truck companies to steal millions of dollars. When they are given the Fortico heist, Jan kills the guards and Dougie against the wishes of the rest of the team.

Jackson and Tom bring the team together for a much larger but riskier final heist to steal over $150 million from the Fortico depot on Black Friday. H and Bullet are riding together when Bullet reveals he is the thieves’ insider, and asks H to cooperate to avoid death. The thieves, dressed in full body armor, hide in the truck as they get into the depot and begin taking hostages, including Terry and Dave. One worker triggers the alarm and the workers behind the weapons desk begin shooting at the thieves, but are easily dispatched. H chokes Carlos and takes his body armor to fight back, inspiring Dave to do the same while Terry hides. Realizing they may not make it out, Bullet breaks his cover and kills Dave, Dana, and the remaining guards and shoots H. Bullet, Jackson, and Jan are the only ones to make it out of the depot, though Jackson is critically wounded. They evade police and make it to a garage where they have access to underground tunnels. Believing Jan will try to kill them, Jackson takes out a pistol, but Jan stops him and slits his throat. When Jan and Bullet make it to the end of the tunnel, Bullet takes out a gun to try to kill Jan, but Jan kills him first. Jan successfully makes away with all the money before the police can deduce what happened. At Jan’s apartment, he finds a phone ringing in one of the money bags, which was planted there by H to track his location. H confronts Jan with Dougie’s autopsy before shooting him in the same places Dougie was shot, killing him. H turns in the money to his FBI contact and drives off with one of his associates.