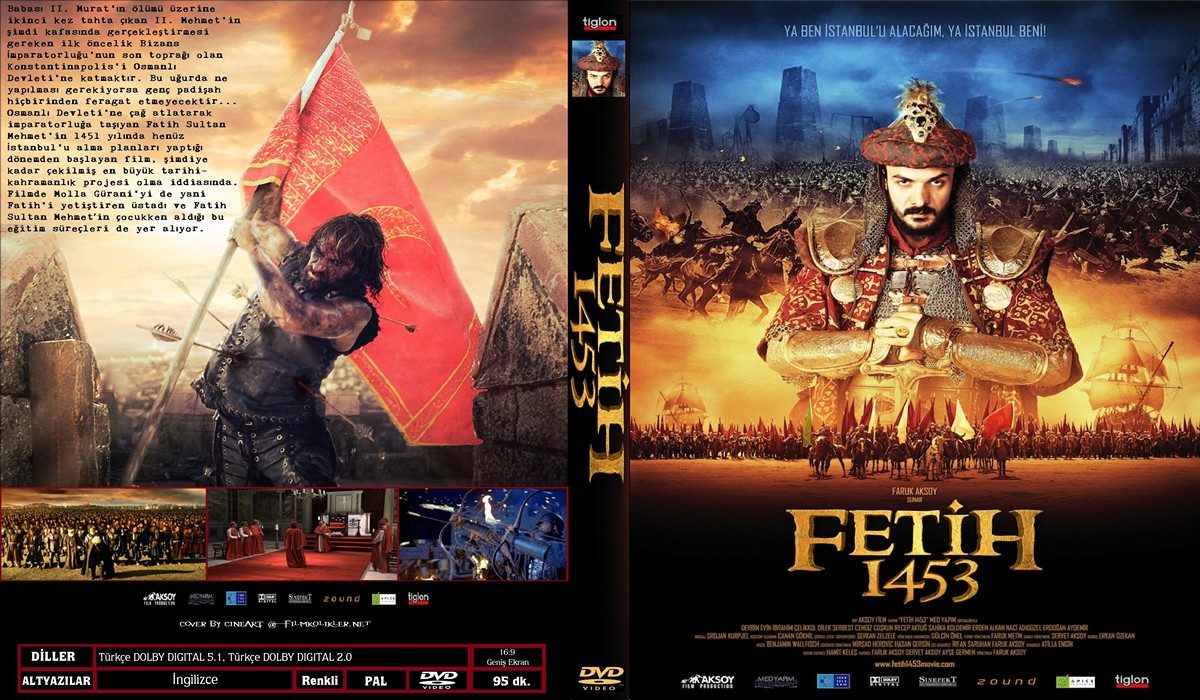 Taglines: The fall of an empire will be the rise of another.

Ottoman Empire Sultan Mehmed the Conqueror plots to conquer Constantinople and bring about the downfall of the Roman Empire in this historical epic from director Faruk Aksoy (Yesil Isik). For 1,500 year the Roman Empire has flourished. Though many have tried to invade the Byzantine fortress, the massive walls protecting the city have made it virtually impenetrable. Ascending to the Ottoman throne following the death of his powerful father, 19-year-old Fatih Mehmet vows to succeed where all others have failed. Over the course of the next two years, Fatih plans his elaborate invasion as astute Emperor Constantine assembles a powerful league of allies to defend the Imperial city. Later, on the night of April 1st, 1453, the citizens of Constantinople fill the streets to celebrate Easter as Fatih leads an army of thousands right to the city gates. Before the sun rises the following day, a new chapter of history will be written, and a new empire born.


After the death of his father Murat II, Mehmet II ascends to the Ottoman throne. After braving internal and external enemies, he decides to complete what he was destined to do – conquer Constantinople.

Fetih 1453 (English: The Conquest 1453) is a 2012 Turkish epic action film directed by Faruk Aksoy and produced by Faruk Aksoy, Servet Aksoy and Ayşe Germen. Starring Devrim Evin, İbrahim Çelikkol and Dilek Serbest, the film is based on events surrounding the Fall of Constantinople (now Istanbul) to the Ottoman Turks during the reign of Sultan Mehmed II.

In 1453, the Byzantine capital of Constantinople is surrounded by Ottoman Turks. The city is but a shadow of its former glory due to the empire’s ever receding coffers, while the Ottoman Empire continues to grow rich. After years of tolerating the existance of Byzantium, the ambitious sultan, Mehmet II launches his campaign to end the Byzantine Empire and take Constantinople for the Ottomans, resulting in arguably the greatest siege of that age.