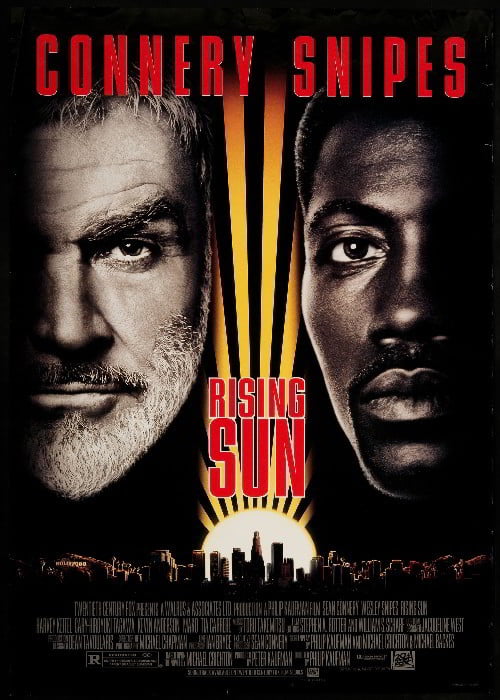 Taglines: A coalition of East and West. A conspiracy of seduction and murder. A battle between tradition and power. Business is war.

Huge Tokyo office center. Many companies are located there. And in the same meeting room, which belongs to a large Japanese corporation, a strangled girl was found in the boardroom of the board of directors of a large Japanese business corporation. By her appearance, it is not difficult to determine that she is a prostitute. After an initial investigation, the detective realizes that the girl was an insanely expensive prostitute from an elite escort agency.
After some time and a rather lengthy investigation, it becomes known that the deceased girl is only the first, accidentally emerging, crime. And her death occurred due to the fact that in a Japanese business corporation there is a fierce struggle for the CEO position and none of the applicants for this position will stop at nothing.
When a prostitute is found dead in a Los Angeles skyscraper occupied by a large Japanese corporation, detectives John Conner and Web Smith are called in to investigate. Although Conner has previous experience working in Japan, cultural differences make their progress difficult until a security disc showing the murder turns up. Close scrutiny proves the disc has been doctored, and the detectives realize they’re dealing with a cover-up as well.