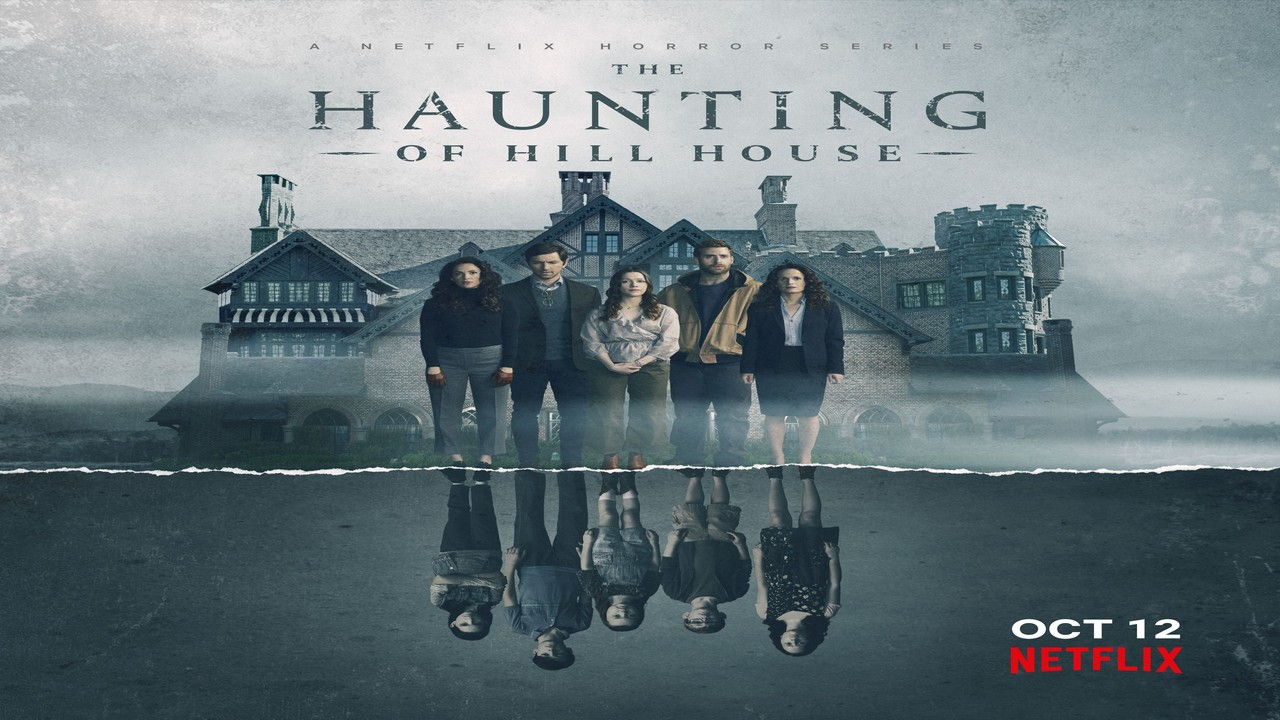 The episode alternates between two storms: one the family experienced in the past, at Hill House, the other in the present, the night before Nell’s funeral, with the entire Crain family meeting at the funeral parlor to view Nell’s body, together in the same room for the first time since leaving the house. During the storm in the past, Nell goes missing. While searching for her, Olivia sees spirits in the house, and enters a fugue state, acting strangely and unlike herself. The children see a creature in the house. Nell is eventually found, and she says she had been there the whole time, but they couldn’t see her. At the funeral home in the present, the Crains share memories of Nell. Odd things happen: Steve sees a flash of the ghost of his mother, the power goes out, something is interfering with Nell’s body, and Hugh sometimes seems to talk to himself. The family demands answers from Hugh about what happened, leading to several confrontations and revelations. Tempers rise and the arguments turn nasty. This escalates until Nell’s coffin falls over by itself, interrupting the fights. Nell’s spirit had been in the room the whole time as they fought, although no one could see her.

It’s a reunion for all the wrong reasons when Hugh flies in for the funeral, coming face to face with his estranged children on a dark, stormy night.