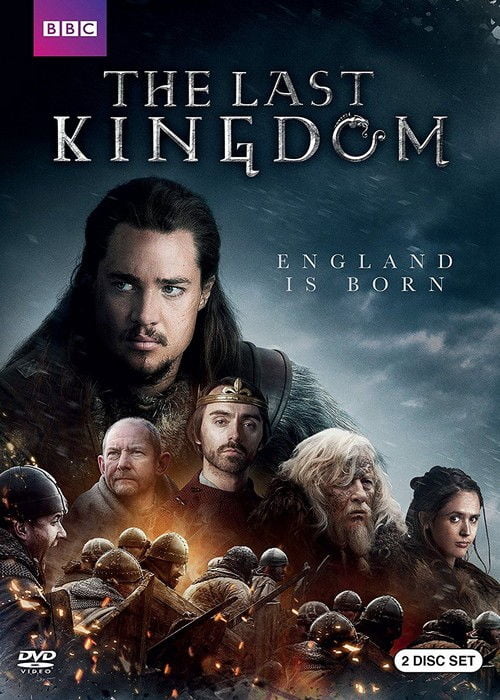 Aelferic hunts Uhtred, to kill him. Uhtred seeks out Ubba to tell him what Kjartan did and to ask him to help him reclaim Bebbanburg. En route, Brida and he learn that Uhtred is being blamed for Ragnar’s death. In Wintanceaster (Winchester) in Wessex, Father Beocca, who used to be Uhtred’s mentor in Bebbanburg, has become a spiritual advisor to Prince Alfred, brother to King Aethelred. King Edmund of East Anglia requests assistance from King Aethelred in fighting Ubba. Aethelred tells Aethelwold, his son, that his drunkenness makes him an unsuitable heir. He tells Odda the elder that if he falls in battle, Alfred should be his successor. Ragnar and Brida locate Storri, Ubba’s sorcerer, and take him hostage so that Uhtred can tell Ubba of his innocence without risk of being killed. Storri places a curse of infertility on Brida. Ubba doesn’t believe Uhtred. Uhtred pays a blacksmith to forge a sword for him and to mount the amber stone that was his father’s amulet, into its hilt. He leaves for Wessex, and finds Father Beocca there who introduces him to Alfred. He tells him of his chronicles of historical events and his dream of a united England.

Uhtred and Brida are on the run. Uhtred attempts to clear his name for a wedding massacre. Brida finds an inventive use for a twig.