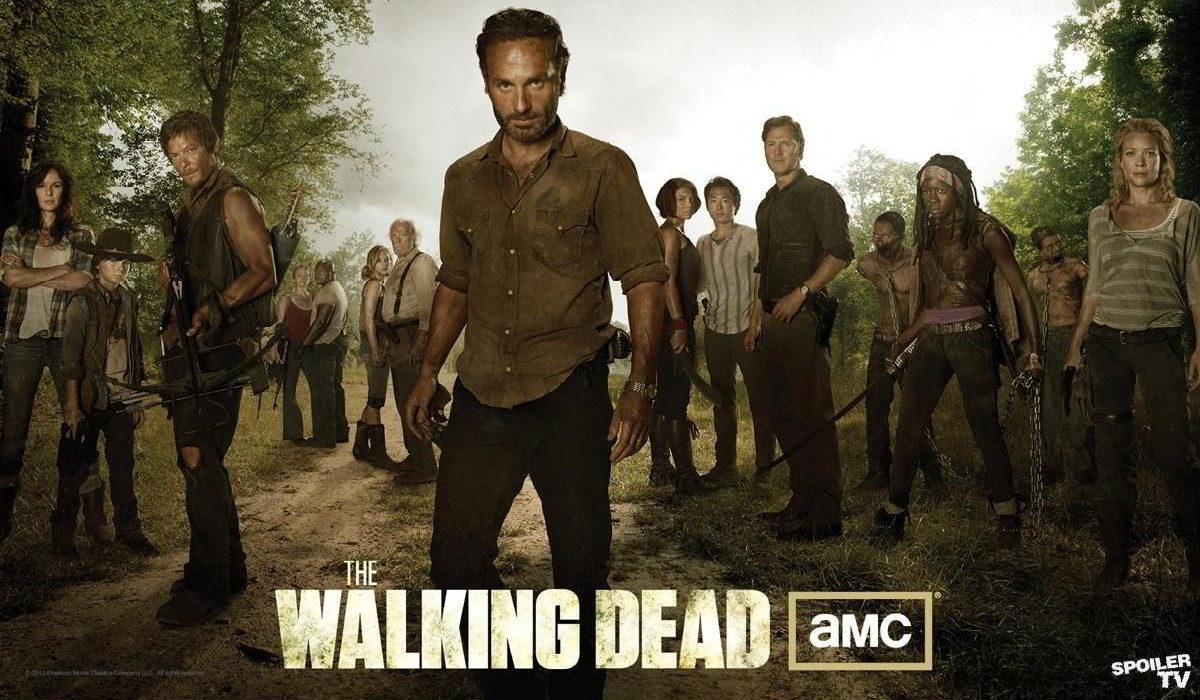 The survivors gain access to the C.D.C. in the hope of a safe haven.

Dr. Edwin Jenner receives Rick and the survivors in the facility and requests a blood examination of each person to prove that they are not contaminated. They have a dream night with hot water for the bath, air conditioning and dinner with Italian and French wine. In the morning, Dr. Jenner shows a film of the “zombiefication” process with a sequence of scanned images of a brain of a contaminated subject that dies and has the body reanimated by the infection. When Dale asks the meaning of a clock countdown in the laboratory, Dr. Jenner explains that the facility is running out fuel and a shutdown process with subsequent self-destruction has initiated and they are all trapped in the building and doomed to die.


FLASHBACK: Shane runs through a chaotic hospital, asking for help. Army troops open fire on a group of doctors and nurses. Zombies suddenly appear — and take a bite out of the army. Shane ducks into a room where Rick lies in a coma. “If you’re going to wake up, you better do it now!” Shane tells his friend. It’s no use. Rick continues to slumber so Shane reluctantly leaves, blocking the door to Rick’s room in the process.

PRESENT DAY: Rick, Shane and the rest of the survivors enter the CDC fortress. It appears to be abandoned when Dr. Jenner materializes from a dark corner. “Is anybody infected?!” Jenner demands. “You all submit to a blood test. That’s the price of admission.” Rick agrees. Jenner then leads the group underground and explains that the rest of the doctors are dead or gone. A computer — which has a female voice — has been his only company. Later, the survivors indulge in a few generous glasses of wine before Jenner introduces the group to its quarters — complete with hot water!

Everybody has a hot shower and continues to drink, though it’s clear that Andrea is not well. She vomits in the toilet and weeps. “It’s over,” she tells Dale. “There’s nothing left!” Dale prefers to see the end of the world (as they imagine it) as a chance to start over but Andrea isn’t buying what he’s selling. A drunken Rick, meanwhile, has a heart-to-heart with Jenner. Basically, the sheriff explains that the group didn’t have any real chance of surviving on the “outside.” “It will all be OK,” Jenner tells him unconvincingly.

A drunken Shane, in the meantime, confronts Lori. “I’m going to tell you a few things and you’re going to listen to me,” Shane slurs. “How can you treat me like this?!” He explains that there was a massacre at the hospital and he had no choice but to leave Rick. Then it gets ugly. “I love you,” Shane says before aggressively groping Lori. She fights back — and forcefully pushes him away, scratching his neck in the process. Ashamed and angry, Shane storms from the room. Lori tries to pull herself together.

The next morning, T-Dog makes powdered eggs for the survivors. Shane enters and tries to conceal the scratch marks on his neck. He offers a lame excuse about the marks being self inflicted. After breakfast, Jenner asks the computer to replay “TS-19,” a video record referencing “Test Subject 19.” The test subject was bitten by a zombie and volunteered to have his process monitored. The group watches as the subject’s brain synapses corrode and shutdown then flicker back to life during “resurrection.” Essentially, the brain stem reawakens, but nothing else. “The neocortex — the human part — that doesn’t come back,” Jenner says. “Just a shell driven by mindless instinct.” Alas, Jenner knows almost nothing more — and is nowhere close to finding a cure.

The replay concludes with what is obviously a bullet ploughing through the brain stem, ceasing all neuro activity.

Dale then notices a clock that is counting down to zero. Jenner explains that the basement generator will eventually run out of fuel. And what happens then? Nothing good — that’s for sure. Rick leads a group to the basement to check out the generators. They discover a bunch of empty fuel drums. Moments later, the air conditioning stops. Jenner, meanwhile, has shaved, combed his hair and put on a tie. He stares at a framed photo of his dead wife when the lights suddenly go out. The CDC is shutting itself down. Thirty minutes remain on the clock. Jenner then explains that the French were the last to work on a possible cure. “They thought they were close to a solution,” Jenner says. Unfortunately, the power eventually ran out just like it is now.

Panicked, Rick tells the group to pack their bags — it’s time to go. But Jenner seals the door, locking everybody inside. He explains that it would be pointless to run. The computer has locked all the exit doors on the street level. The CDC houses multiple strains of deadly viruses — and is designed to make sure nothing escapes when power is lost. Basically, the facility will auto-self-destruct, killing everyone inside. Awful understanding dawns on the survivors’ faces. “It’s better this way,” says Jenner, who has resigned himself to dying in less than 30 minutes. “It sets the air on fire. No pain.”

Shane and Daryl try to chop down the door with axes but it’s no good. “There is no hope,” Jenner says. “There never was – this is our extinction event.” Shane, however, isn’t going to go down without a senseless fight. He begins shooting up the room with a shotgun — making much noise, but accomplishing nothing. Rick wrestles the gun from his hand and slams his friend to the ground. “Are you done?” Rick asks. Responds Shane: “I guess we all are.” After a moment of silence, Rick accuses Jenner of keeping secrets. The doctor then admits that TS-19 was his wife, who ran the facility. “Your wife didn’t have a choice, you do,” Rick pleads. “That’s all we want: a choice!”

So Jenner opens the sealed door, but warns that the topside exits remain shut. “There’s your chance,” Jenner says. “Take it.” He then shakes Rick’s hand and whispers something in the sheriff’s ear. As the group rushes out the door, Jacqui and Andrea announce that they are staying. They would rather die an instantaneous and painless death than face the outside. “This isn’t what Amy would want for you!” Dale tells Andrea. The rest of the survivors, meanwhile, have rushed to the front lobby. They desperately try to break the glass, but it withstands even a shotgun blast. Carol then pulls a grenade from her purse. Rick takes the grenade, sets it against the glass entrance and pulls the pin.

Back in the command center, Dale continues to try to convince Andrea to leave with him. She refuses — so Dale sits down. “If you’re staying, I’ll stay, too,” Dale tells Andrea. The group leaps outside — and immediately begins shooting zombies. They head for their caravan of cars. Just then, Dale and Andrea emerge from the building. Both have decided to live, after all. There is suddenly a whine in the air. Time is up. The survivors take cover as the CDC structure implodes in an awesome bloom of fire.

A short time later, the group drives away from the destruction. A black cloud of smoke blocks the sun — an ominous sight for our departing survivors.