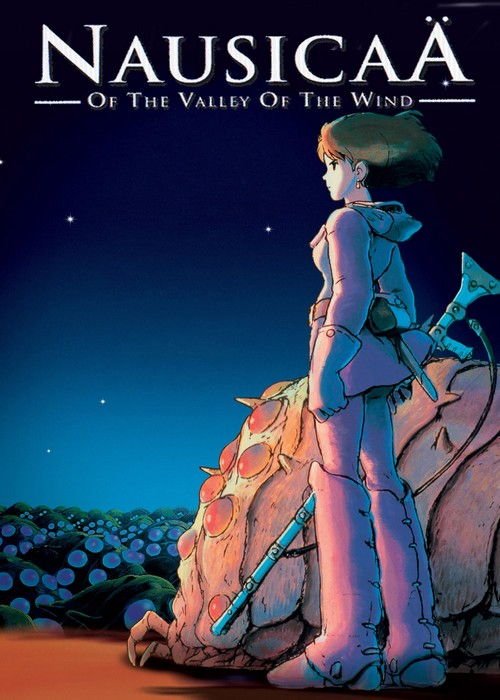 Taglines: FLEE, FLY, FOE, FUN! Here’s an adventure for everyone. (“Warriors of the Wind”)

Warrior and pacifist Princess Nausicaä desperately struggles to prevent two warring nations from destroying themselves and their dying planet.

An animated fantasy-adventure. Set one thousand years from now, the Earth is ravaged by pollution and war. In the Valley of the Wind lives Nausicaä, Princess of her people. Their land borders on a toxic jungle, filled with dangerous over-sized insects. Meanwhile, two nearby nations are bitterly engaged in a war and the Valley of the Wind is stuck in the middle.

“Nausicaa of the Valley of the Wind” is one of the early animes of Hayao Miyazaki, who had the greatest influence not only on Japanese, but also on the entire world animation of the second half of the 20th century. His anime to this day remain the standard, which only a few managed to surpass. In this anime, the audience will be waiting for a story about the future, which turned out to be far from the most joyful. The thing is that over the long years of life, people continued to exploit nature, pumping resources and not knowing any consequences. But at a certain point this leads to tragic consequences.

As a result of their activities, people put humanity at risk of extinction. Only a certain percentage of people survived who cannot breathe the air that surrounds us. And the forest itself has changed dramatically: in its place numerous deadly traps have formed. Also, the forest is protected by huge worm-shaped creatures of unprecedented size. They are ready at any moment to strike their decisive blow, so people have to live in eternal fear. In the center of the plot is a young girl, Nausicaa, on whom the future of the planet will depend on a certain point in time. Will it be able to help mankind regain harmony with nature, as well as get rid of the gang of criminals?