12 Years a Slave
Next Video 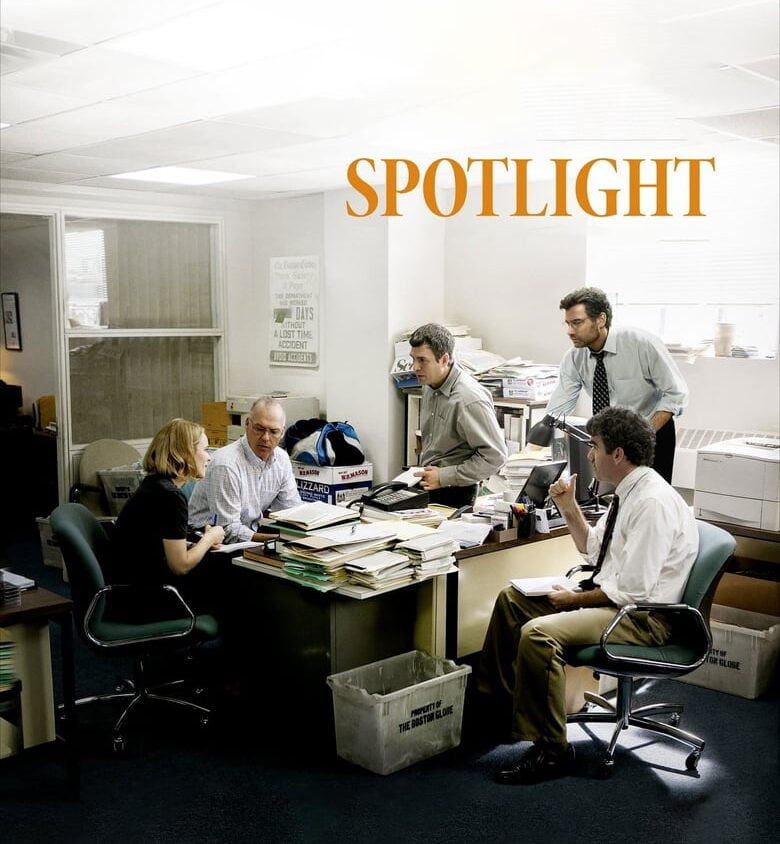 The true story of how the Boston Globe uncovered the massive scandal of child molestation and cover-up within the local Catholic Archdiocese, shaking the entire Catholic Church to its core.

In the center of the plot of the picture, based on real events, is the Boston print edition. The editor-in-chief is concerned about declining demand and declining readership. This happened with the advent of the global network, because it became easier for a person to find information than read newspaper articles. Marty Baron understands that it is necessary to increase ratings and informs his colleagues about the column in another publication, which says about a priest suffering from pedophilia. For thirty years he has been child molestation with impunity, and his actions are covered by officials and a good lawyer.

Journalists are reluctant to take up the assignment. Struggling to lose their job, a group of professionals organizes their own investigation. The collection of data, the interview of witnesses and the study of historical information leads to terrifying results. Indeed, what they heard then on the meeting was pure truth. Published material instantly scatters around the world, shocking the public. Special services are taken up, and the culprit of the incident will face severe punishment. Now no one can help him, because the case has been publicized, and no one wants to substitute. Will there be repetitions of what happened by other ministers of the church?


In 1976, at a Boston Police station, two policemen discuss the arrest of Fr. John Geoghan for child molestation. A high ranking cleric talks to the mother of the children. The Assistant District Attorney then enters the precinct and tells the policemen not to let the press get wind of what has happened. The arrest is hushed up, and Geoghan is released.

In 2001, Marty Baron, the new managing editor of The Boston Globe, meets Walter “Robby” Robinson, the editor of the newspaper’s “Spotlight” investigative team. After Baron reads a Globe article about a lawyer, Mitchell Garabedian, charging that Cardinal Bernard Law, the Archbishop of Boston, knew about Geoghan’s sexual abuse of children and did nothing to stop him, he urges the Spotlight team to investigate. Journalist Michael Rezendes contacts Garabedian, who initially declines to be interviewed. Though he is told not to, Rezendes reveals that he is on the Spotlight team, persuading Garabedian to talk.

Initially believing that they are following the story of one priest who was moved around several times, the Spotlight team begin to uncover a pattern of sexual abuse by other priests in Massachusetts, and an ongoing cover-up by the Boston Archdiocese. Through Phil Saviano, who heads the victims’ rights group Survivors Network of those Abused by Priests (SNAP), the team is led to widen their search to thirteen priests. They learn through Richard Sipe, a former priest who worked at trying to rehabilitate pedophile priests, that his findings suggest that there are approximately 90 abusive priests in Boston (6% of priests). Through their research, the team develops a list of 87 names and begin to find their victims to back up their suspicions.

The investigation begins to take its toll on the team: reporter Matt Carroll learns one of the priest treatment centers is on the same block as his family’s home but is unable to tell his children or his neighbors; reporter Sacha Pfeiffer finds herself unable to attend church with her Nana after witnessing the sheer scope of the investigation; Rezendes pushes to get the story out quickly to prevent further abuse; and Robinson faces pushback from some of his close friends whom he learns were complicit in covering up the abuse.

When the September 11 attacks occur, the team is forced to de-prioritize the story. They regain momentum when Rezendes learns from Garabedian that there are publicly available documents that confirm Cardinal Law was made aware of the abuse and ignored it. Although Rezendes argues vociferously to run the story immediately before more victims suffer and rival newspapers publish, Robinson remains steadfast to research further so that the systemic problem can be more fully exposed. After the Globe wins a case to have even more legal documents unsealed that provide the evidence of that larger picture, the Spotlight team finally begins to write the story and plan to publish their findings in early 2002.

As they are about to go to print, Robinson confesses to the team that he was sent a list of twenty pedophile priests by lawyer Eric MacLeish in 1993, which he never followed up. But Baron still commends him and his team’s efforts to expose the crimes now. The story goes to print with a web link to the documents that expose Cardinal Law’s inaction and a phone number for victims of pedophile priests. The following morning, the Spotlight team finds itself inundated with phone calls from victims coming forward to tell their stories.

A textual epilogue notes that Cardinal Law resigned in December 2002 and was eventually promoted to the Basilica di Santa Maria Maggiore in Rome, before presenting a list of places in the United States and around the world where major scandals involving abuse by priests have taken place.