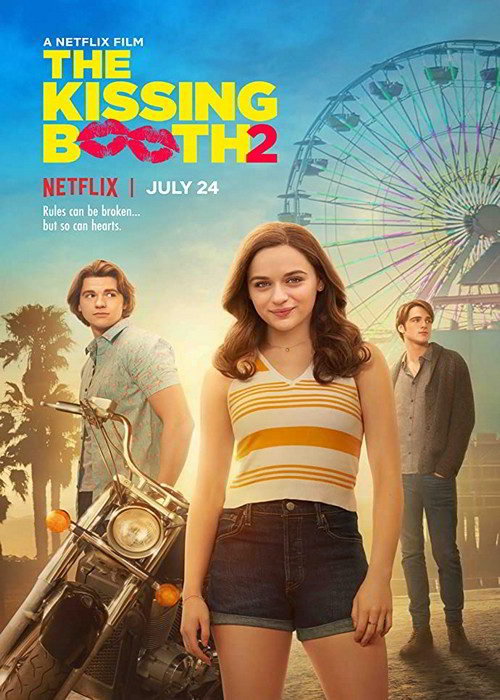 Malibu Rescue: The Next Wave

In the sequel to 2018’s THE KISSING BOOTH, high school senior Elle juggles a long-distance relationship with her dreamy boyfriend Noah, college applications, and a new friendship with a handsome classmate that could change everything.

With college decisions looming, Elle juggles her long-distance romance with Noah, changing relationship with bestie Lee and feelings for a new classmate.

Elle Evans (Joey King) just had the most romantic summer of her life with her reformed bad-boy boyfriend Noah Flynn (Jacob Elordi). But now Noah’s off to Harvard, and Elle’s headed back to high school for her senior year. She’ll have to juggle a long-distance relationship, getting into her dream college with her best friend Lee (Joel Courtney), and a new friendship with handsome classmate Marco (Taylor Perez). When Noah grows close to a seemingly-perfect college girl, Elle will have to decide how much she trusts him, and just what – and who – her heart truly wants. Director and screenwriter Vince Marcello returns for THE KISSING BOOTH sequel, based on characters from Beth Reekles’ 2012 young adult book.

Based on: The Kissing Booth books by Beth Reekles