My Spy
Next Video 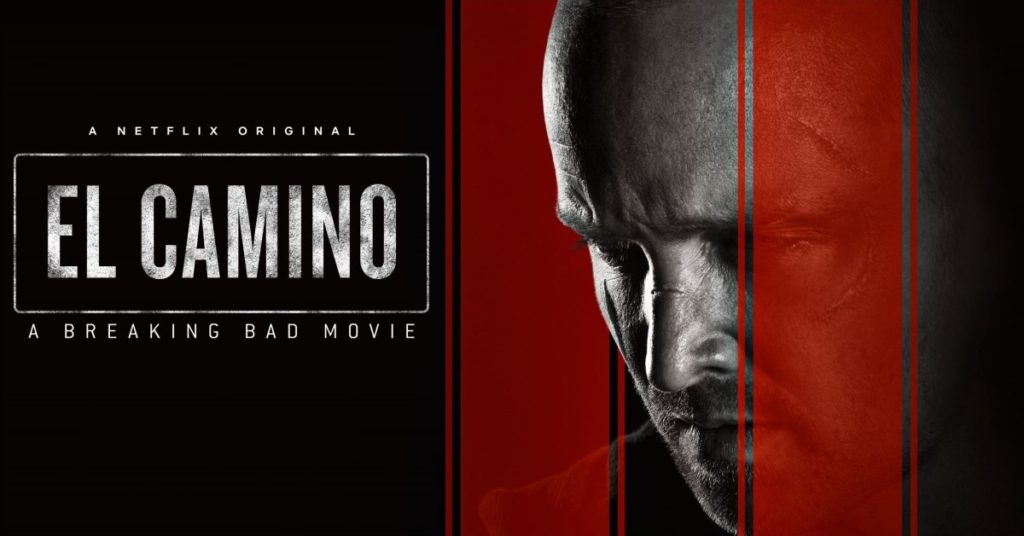 El Camino: A Breaking Bad Movie follows fugitive Jesse Pinkman as he runs from his captors, the law and his past.

Finally free from torture and slavery at the hands of Tod’s uncle Jack, and from Mr. White, Jesse must escape demons from his past. He’s on the run from a police manhunt, with his only hope of escape being Saul Goodman’s hoover guy, Ed Galbraith. A man who for the right price, can give you a new identity and a fresh start. Jesse is racing against the clock, with help from his crew, avoiding capture to get enough money together to buy a ‘new dust filter for his Hoover MaxExtract PressurePro model’, a new life.


In a flashback, Jesse Pinkman and Mike Ehrmantraut have a discussion shortly before they leave Walter White’s meth business. Jesse asks Mike where he would go to start over. Mike replies that if he were younger, he would go to Alaska, an idea Jesse finds appealing. Jesse expresses the desire to make amends for past wrongdoing, but Mike cautions that starting over would make that impossible.

In the present, Jesse flees the Brotherhood compound in Todd Alquist’s El Camino. He goes to the Albuquerque home of Skinny Pete and Badger, who hide the car and give Jesse a place to sleep. The next morning, Jesse calls Old Joe to dispose of the El Camino but Joe flees after discovering its LoJack. Pete then devises a plan to make it appear that Jesse fled to Mexico after trading Pete’s Ford Thunderbird for the El Camino. Pete and Badger give Jesse the money they got from Walter, and Badger drives the Thunderbird several hours south. Pete stays home with the El Camino and waits for police to respond to the Lojack. Jesse departs in Badger’s Pontiac Fiero and learns from the radio news that Walter died at the compound and a woman he poisoned is fatally ill.

In a flashback to Jesse’s captivity, Todd takes Jesse to Todd’s apartment to help dispose of his cleaning lady, whom he killed after she discovered his hidden money. They sidestep Lou, Todd’s busybody neighbor, and bury the corpse in the desert. Jesse briefly gets his hands on a gun, but is talked out of shooting Todd. In the present, Jesse sneaks into Todd’s apartment and searches until he finds the new hiding place. Two police officers, Casey and Neil, enter the apartment and begin to search. Jesse hides, but holds Casey at gunpoint after Casey finds him. Neil disarms Jesse, who realizes they are not police officers but thugs also looking for Todd’s money. To save himself, Jesse reveals that he found the cash. Lou reports finding a note from Todd, and Casey pretends to be interested to distract him. Neil and Jesse then bargain over the money; Neil agrees to let Jesse take a third. As they depart, Jesse recognizes Neil as the welder who built the tether he was fastened to while forced to cook meth for the Brotherhood.

Jesse finds Ed Galbraith, the “disappearer”. Ed wants US$125,000 to aid Jesse, plus an additional $125,000 for the previous occasion when Jesse hired him but failed to commit. Jesse is $1,800 short, so Ed refuses to help and calls the police. Knowing they are being surveilled, Jesse calls his parents that night and feigns willingness to surrender. After his parents and the police depart, Jesse enters the Pinkman home unseen and takes two pistols from his father’s safe, a Colt Woodsman and an Iver Johnson Hammerless.

Jesse drives to Neil’s shop, where Neil, Casey, and three friends celebrate with escorts and cocaine. After the escorts leave, he asks for $1,800, and Neil refuses. Seeing the Woodsman in Jesse’s waistband, Neil challenges Jesse to a duel for his share of the cash. Jesse agrees, and when Neil reaches for his gun, Jesse shoots him with the Hammerless, which was concealed in his jacket pocket. Casey fires at Jesse, but Jesse kills him. Jesse collects the driver’s licenses of the remaining men and lets them leave after threatening to return and kill them if they tell the police. He recovers Neil’s cash and departs after setting an explosion to cover his tracks.

In a flashback, Walter and Jesse have breakfast after a multi-day meth cook. Estimating they will make more than $1 million, Walter laments having waited his entire life to do something special and says Jesse is lucky because he will not have to wait.

In the present, Ed drops Jesse off at a car parked near Haines, Alaska. Jesse gives Ed a letter for Brock Cantillo and acknowledges there is no one else he wants to say goodbye to. Driving off, Jesse has a flashback to his time with Jane Margolis. He tells her he admires what she said about going wherever the universe takes her, but she dismisses it as metaphorical and encourages him to make his own decisions. Jesse drives on, smiling at the prospect of a new life.