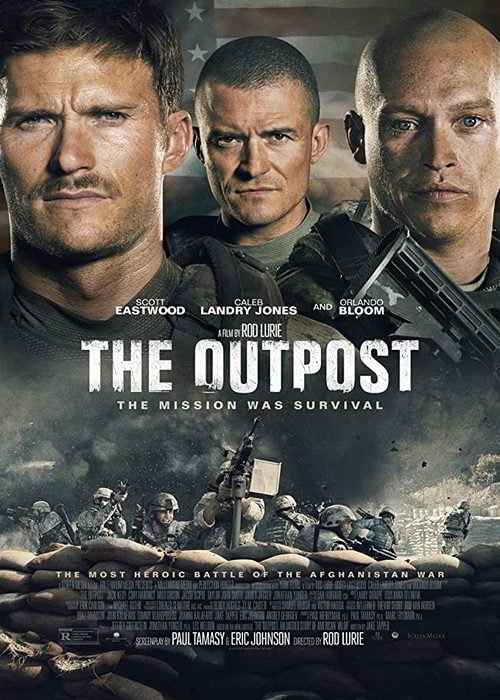 Taglines: The mission was survival.

A small team of U.S. soldiers battle against hundreds of Taliban fighters in Afghanistan.

During the Afghanistan war, several outposts were placed to control the Taliban movement and their supply chain. Camp Keating, situated in a valley surrounded by mountains, was one them. While being shot at by the Talibans was business as usual, they tried to gain respect from local village elders and have them help stop these skirmishes. One day, when 400 Talibans rallied for a surprise attack, it was up to them to leverage the poor defenses and lack of ammo and manpower they had, to ultimately survive and go back to their loved ones.


The Outpost is a 2020 American war drama film directed by Rod Lurie, based on a 2012 non-fiction book, The Outpost: An Untold Story of American Valor by Jake Tapper about the Battle of Kamdesh. It stars Orlando Bloom, Scott Eastwood, Caleb Landry Jones, Milo Gibson, and Jack Kesy.

The film was scheduled to premiere at the 2020 South by Southwest Film Festival, but the festival was cancelled due to the COVID-19 pandemic. It was released via video on demand, as well as in selected theaters, on July 3, 2020. The film received positive reviews from critics, with praise for the battle sequences and respectful depiction of the soldiers.

The film story is based on the bravery of a small unit of U.S. soldiers, alone at the remote Combat Outpost Keating. The Battle of Kamdesh, as it was known, was the bloodiest American engagement of the Afghan War in 2009 and Bravo Troop 3-61 CAV became one of the most decorated units of the 19-year conflict.

It was located deep in the valley of three mountains in Afghanistan, battles to defend against an overwhelming force of Taliban fighters in a coordinated attack.