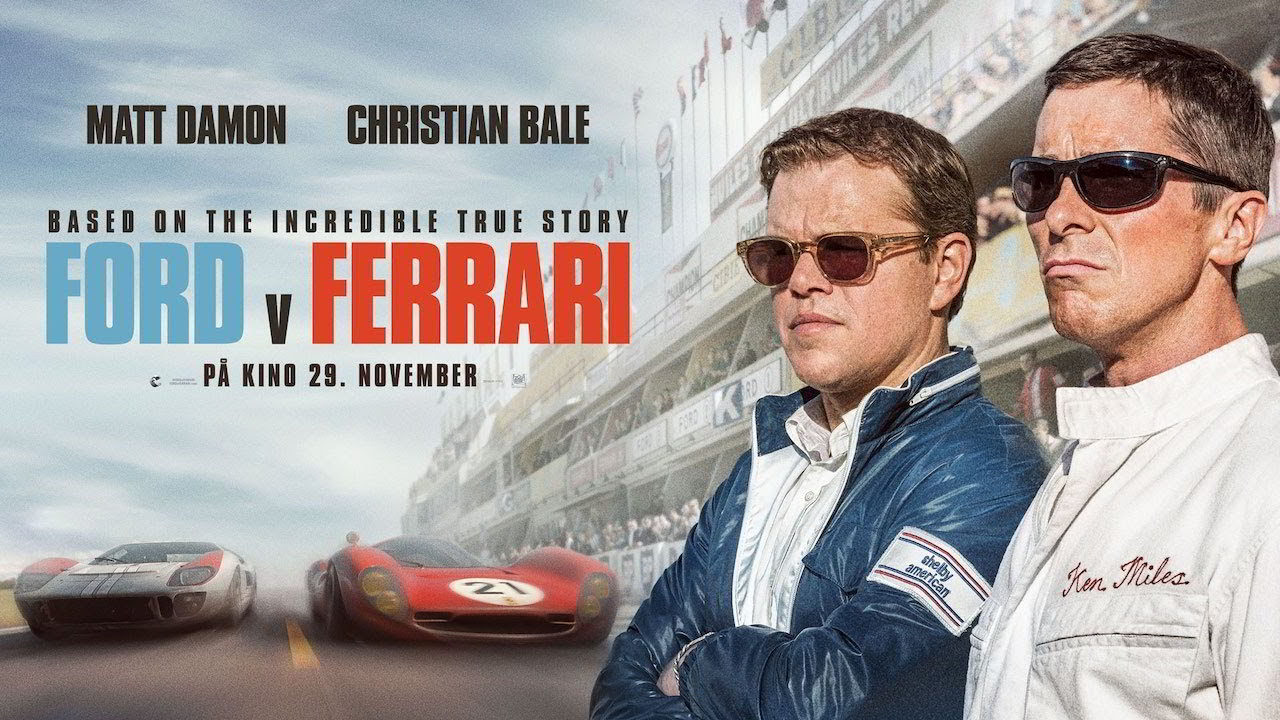 Taglines: They took the American dream for a ride.

American car designer Carroll Shelby and the British-born driver Ken Miles work together to battle corporate interference, the laws of physics, and their own personal demons to build a revolutionary race car for Ford Motor Company and take on the dominating race cars of Enzo Ferrari at the 24 Hours of Le Mans in France in 1966.

As Enzo Ferrari’s fast Rosso-Corsa racing cars dominate the mid-1960s motorsport world, the American car designer, Carroll Shelby, is forced to retire after winning the demanding 1959 ’24 Hours of Le Mans’ endurance race. But, before long, an unexpected proposition by the Vice President of Henry Ford’s motor company, Lee Iacocca, will offer an opportunity to beat the Italians at their own game. Now, under those pressing circumstances, the British sports car driver and racing engineer, Ken Miles, reluctantly agrees to lend a hand and improve the firm’s image, as Ford’s race team has less than ninety days to rewrite history. As a result, the non-conformist duo comes up with the mighty Ford GT40 Mk I high-performance racing car. Can Shelby and Miles break Ferrari’s streak?