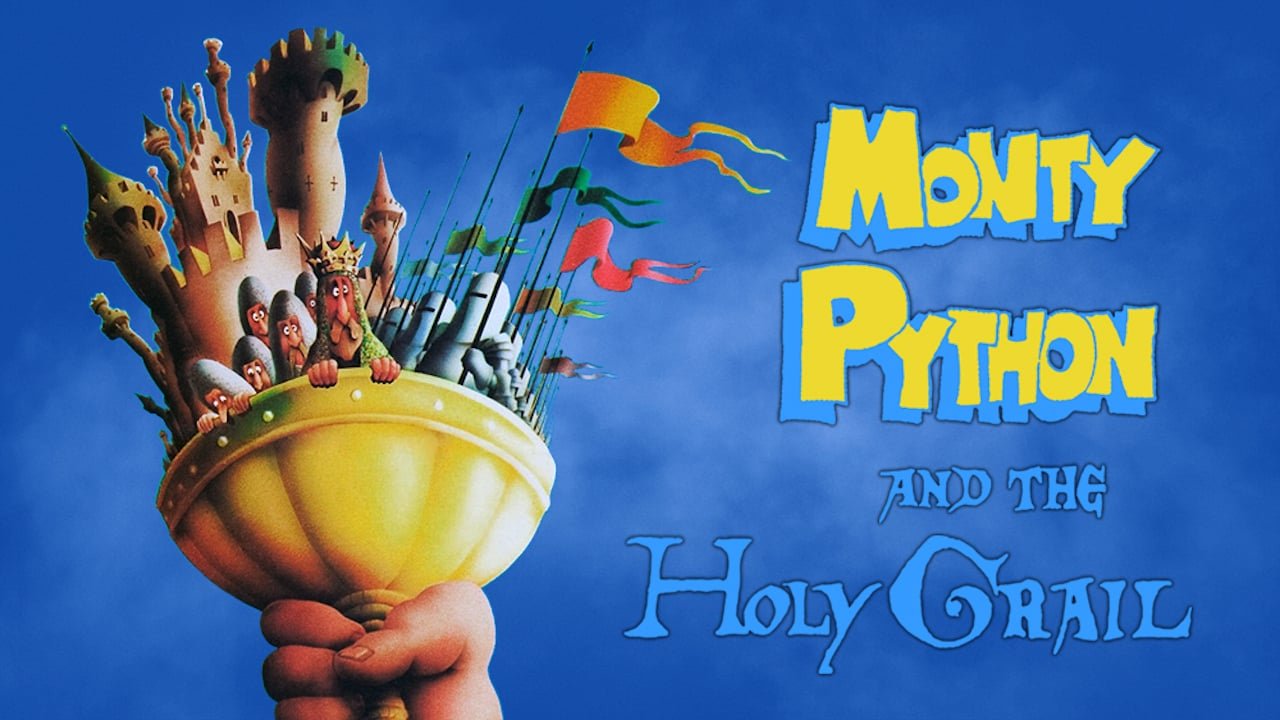 Taglines: You can do worse than see it.

King Arthur (Graham Chapman) and his Knights of the Round Table embark on a surreal, low-budget search for the Holy Grail, encountering many, very silly obstacles.

Be sure that you have not seen such a search for the Holy Grail. The knights of the round table, led by Arthur, stagger from castle to castle, squeezing the most out of the modest budget of the picture with true British humor. In their first full-length performance, the comedy troupe “Monty Python” parodyed everything that was dear to the stiff British heart. The six artists performed almost all significant roles, without ceasing to play the fun of the low-budget events.

By the way, the film was completely shot with money received from fans of famous comedians, among whom were members of the legendary bands Pink Floyd, Led Zeppelin and The Beatles. The humor in the movie is black, drunk and hysterically absurd. The authors altered and turned everything inside out – from the legends and myths of ancient Greece, to native traditions and customs.

History is turned on its comic head when, in tenth-century England, King Arthur travels the countryside to find knights who will join him at the Round Table in Camelot. Gathering up the men is a tale in itself but after a bit of a party at Camelot, many decide to leave only to be stopped by God, who sends them on a quest: to find the Holy Grail. After a series of individual adventures, the knights are reunited but must face a wizard named Tim the Enchanter, killer rabbits and lessons in the use of holy hand grenades. Their quest comes to an end however when the Police intervene – just what you would expect in a Monty Python movie.