The Hunt
Next Video 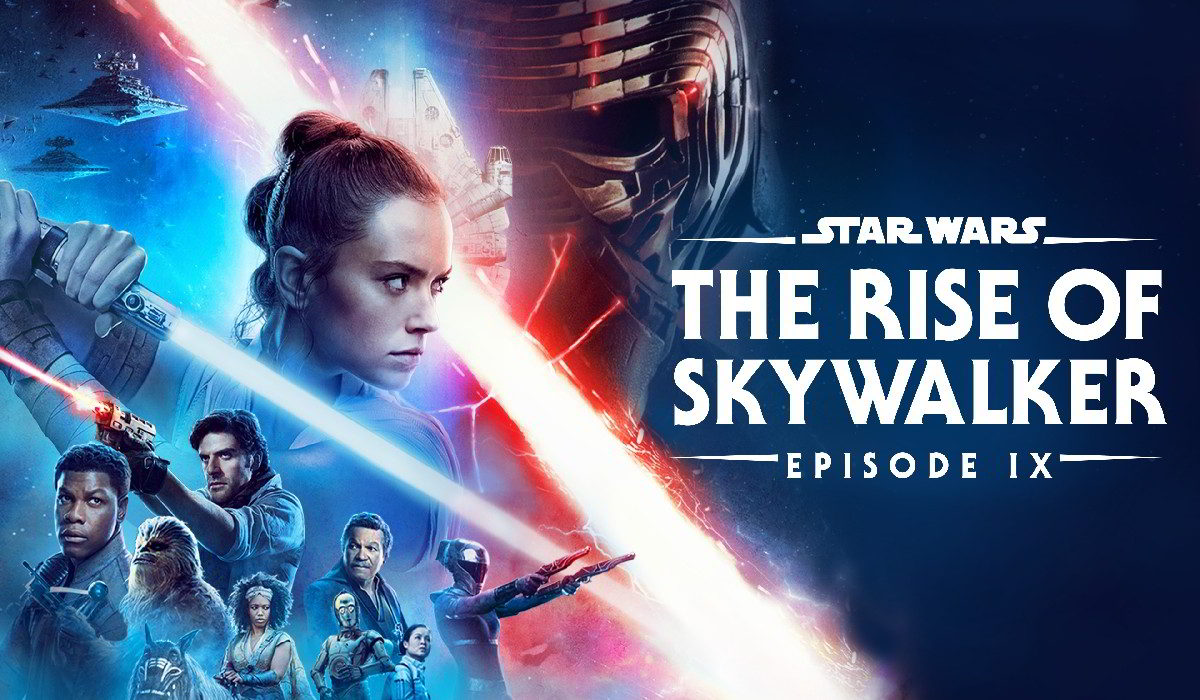 Taglines: Every Generation Has A Legend.

The surviving members of the resistance face the First Order once again, and the legendary conflict between the Jedi and the Sith reaches its peak bringing the Skywalker saga to its end.

While the First Order continues to ravage the galaxy, Rey finalizes her training as a Jedi. But danger suddenly rises from the ashes as the evil Emperor Palpatine mysteriously returns from the dead. While working with Finn and Poe Dameron to fulfill a new mission, Rey will not only face Kylo Ren once more, but she will also finally discover the truth about her parents as well as a deadly secret that could determine her future and the fate of the ultimate final showdown that is to come.

Based on Characters by George Lucas.


Following a threat of revenge by the revived Emperor Palpatine, Kylo Ren obtains a Sith wayfinder, leading him to the uncharted planet Exegol. There, he finds Palpatine, who reveals that he created Snoke as a puppet to control the First Order and lure Kylo to the dark side. Palpatine unveils the Final Order—a secret armada of Star Destroyers—and tells Kylo to find and kill Rey, who is continuing her Jedi training under Resistance leader Leia Organa. Finn and Poe Dameron deliver intelligence from a spy that Palpatine is on Exegol; Rey has learned from Luke Skywalker’s notes that a Sith wayfinder can lead them there. Rey, Finn, Poe, Chewbacca, BB-8, and C-3PO depart in the Millennium Falcon to Pasaana, where a clue to a wayfinder is hidden.

Kylo initiates a Force bond with Rey to discover her location; he travels to Pasaana with his warrior subordinates, the Knights of Ren. With the help of Lando Calrissian, Rey and her friends find the clue—a dagger inscribed with Sith text, which C-3PO’s programming forbids him from interpreting—and the remains of a Jedi hunter named Ochi and his ship. Sensing that Kylo is nearby, Rey goes to confront him. The First Order captures the Falcon, Chewbacca, and the dagger; attempting to save Chewbacca, Rey accidentally destroys a First Order transport with Force lightning. Believing Chewbacca to be dead, the group escapes on Ochi’s ship.

The group travels to Kijimi, where a droidsmith extracts the Sith text from C-3PO’s memory, revealing coordinates to a wayfinder. Rey senses Chewbacca is alive, and the group mounts a rescue mission to Kylo’s Star Destroyer. Rey recovers the dagger and has visions of Ochi killing her parents with it. Kylo informs her that she is Palpatine’s granddaughter; the Sith Lord had ordered Ochi to recover Rey as a child, but her parents hid her on Jakku to protect her. General Hux saves Poe, Finn, and Chewbacca from execution, revealing himself as the spy. He permits the group to escape on the Falcon, but is discovered and killed by Allegiant General Pryde. The group flies the Falcon to the wayfinder’s coordinates on a moon in the Endor system.

Rey retrieves the wayfinder from the remains of the second Death Star, but she is met by Kylo, who destroys the wayfinder and duels her. In a dying act, Leia calls to Kylo through the Force, distracting him as Rey impales him. Sensing Leia’s death, Rey heals Kylo and takes his ship to exile herself on Ahch-To. There, Luke’s Force spirit encourages Rey to face Palpatine and gives her Leia’s lightsaber. Rey leaves for Exegol in Luke’s X-wing fighter, using the wayfinder from Kylo’s ship. Meanwhile, Kylo converses with a memory of his father, Han Solo; he throws away his lightsaber and reclaims his identity as Ben Solo. Sensing Leia’s death and Ben’s return, Palpatine sends one of his superlaser-equipped Star Destroyers to obliterate Kijimi as a show of force. The Resistance, led by Poe and Finn, prepare to attack the Final Order fleet.

Rey transmits her coordinates to R2-D2, allowing the Resistance to follow her to Exegol. There, she confronts Palpatine; he demands that she kill him for his spirit to pass into her. Lando brings reinforcements from across the galaxy to join the battle. Ben overpowers the Knights of Ren and joins Rey, but Palpatine drains their power to rejuvenate himself. He attacks the Resistance fleet with Force lightning and incapacitates Ben. Weakened, Rey hears the voices of past Jedi, who lend her their strength. Palpatine attacks her with lightning, but Rey deflects it using Luke and Leia’s lightsabers,[c] killing Palpatine and herself. Ben uses the Force to revive her at the cost of his own life; Rey kisses Ben before he dies. The Resistance defeats Palpatine’s armada, while people across the galaxy rise up against the First Order. The Resistance returns to their base to celebrate.

After the celebration, Rey visits Luke’s abandoned childhood home on Tatooine and buries his and Leia’s lightsabers, having built her own. A passerby asks her name; as the spirits of Luke and Leia watch, she replies, “Rey Skywalker.”